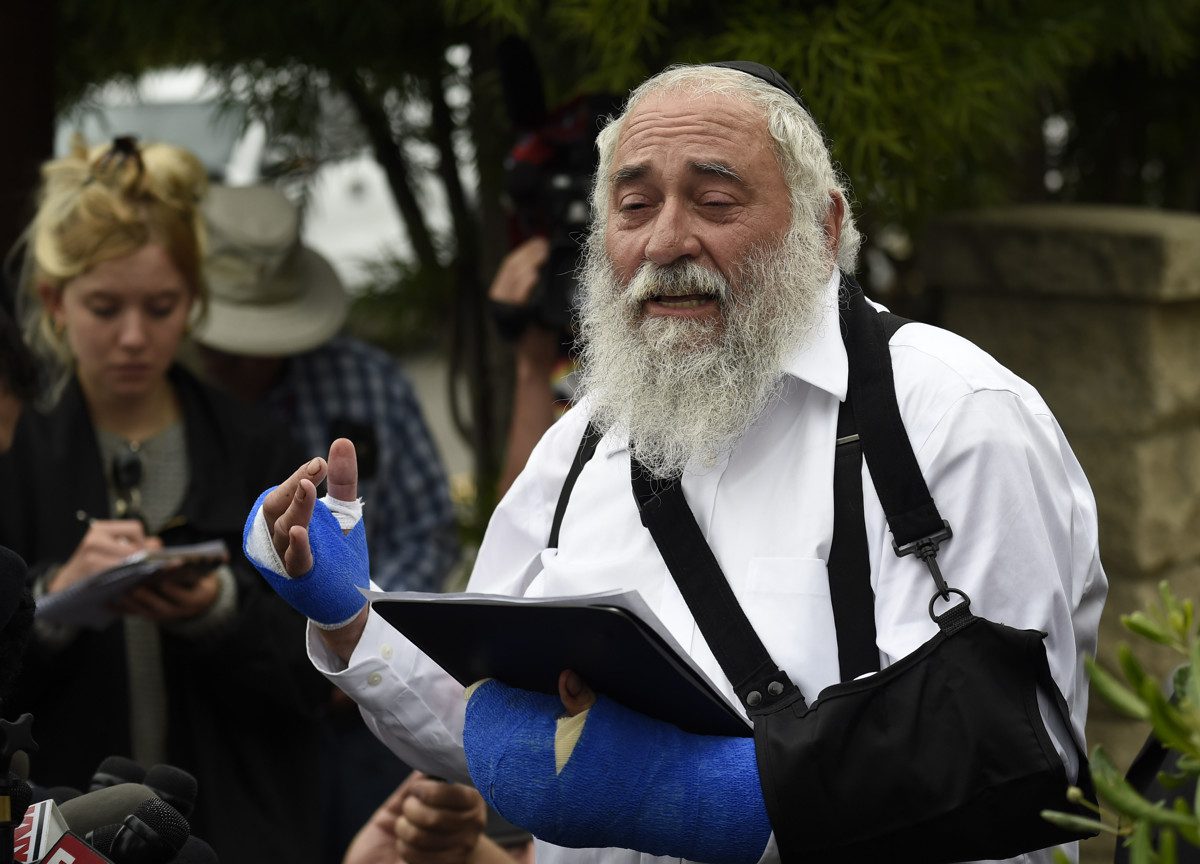 In the minutes after the gunman fled the scene of a shooting that killed a woman inside a Southern California synagogue, a wounded Rabbi Yisroel Goldstein wrapped his bloodied hand in a prayer shawl, stood on a chair and addressed the panicked congregation, vowing to stay strong in the face of the deadly attack targeting his community.

“We are a Jewish nation that will stand tall. We will not let anyone take us down. Terrorism like this will not take us down,” Goldstein recalled telling his congregants after the gunfire erupted Saturday at Chabad of Poway.

Congregant Lori Kaye, 60, was killed in the shooting, which injured Goldstein, 8-year-old Noya Dahan and her 34-year-old uncle, Almog Peretz, authorities said. Hours after the three wounded were released from hospitals, Goldstein described the onslaught at a news conference Sunday outside the synagogue north of San Diego.

Goldstein said he was preparing for a service on the last day of Passover, a holiday celebrating freedom, and heard a loud sound. He turned around, and a saw a young man wearing sunglasses standing in front of him with a rifle.

And then, Goldstein said, “miraculously the gun jammed.”

The attack Saturday came exactly six months after a mass shooting in a Pittsburgh synagogue.