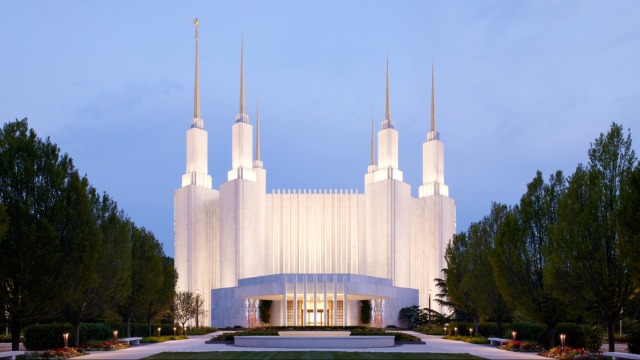 William Randall Cone had recently returned from San Francisco, worldly wise and somewhat jaded toward religion, when he accepted an invitation from his brother to help build the Washington D.C. Temple in the 1970s.

It was then, working on a team full of former missionaries of The Church of Jesus Christ of Latter-day Saints, that Cone’s interest was piqued in his brother’s faith. “These construction workers I was working with were terrific people,” Cone said. “They were fascinating. They were interesting. They were funny. But they were always honest. I mean, who’s always honest? It was amazing. And I thought, ‘Who wouldn’t want to be like this? How are they this way?’”

Cone, who had explored other religions in depth, began reading the Book of Mormon and meditating. He had spiritual experiences that motivated him to change his ways and join the Church.

Cone said life only became more difficult after he became a Latter-day Saint. His father and mother died. His business struggled.

“And yet,” he adds, “I was blessed beyond measure. I was given the tools — and they’re here in [the Washington D.C. Temple] — to deal ethically and virtuously with every circumstance that this world can throw at you.”