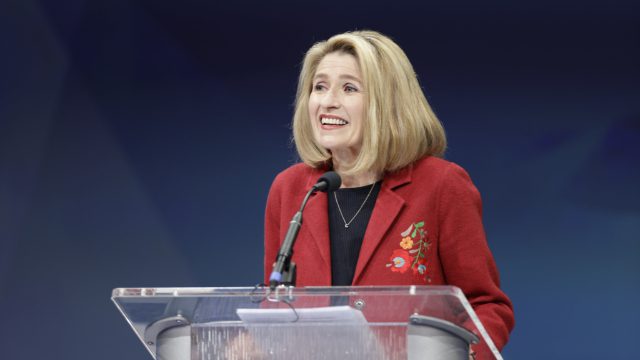 Sister Camille N. Johnson, Primary general president of The Church of Jesus Christ of Latter-day Saints, encouraged Brigham Young University students and faculty to improve their relationship with the Savior Jesus Christ during a Tuesday devotional.

“The Savior is steady and sure and rock-solid,” said Sister Johnson. “He is an anchor that is never displaced. He is a mooring buoy that doesn’t dislodge. He is an immoveable dock. It is us who detach from the rock, the anchor, the buoy, the dock when we let windage take us and carry us away.”

This was Sister Johnson’s first BYU Devotional address on the Provo, Utah, campus since being called to lead the faith’s Primary children around the world last year.

Sister Johnson started her address by talking about two blizzard warnings that were in effect in the U.S. states of Alaska and Hawaii in early December. The winter storm in the Hawaiian Islands brought strong winds and snow to the top of Mauna Kea on the Big Island. On Maui, a boat lost its connection to its mooring and was carried ashore by the wind and the waves, slamming into the rocky coastline. She said it appears the winds grabbed the sails and flags still on the boat.

“Do you need to reduce resistance so that you may weather the storms that are inevitably coming or bearing down on you now?” Sister Johnson asked. “Removing your personal windage will help keep you safe.”

She continued, “I have faith and testify that the Savior is the refuge from the storm. He is the anchor of our souls.”