Preventing and Slowing Alzheimer's: There is Hope | Meridian Magazine 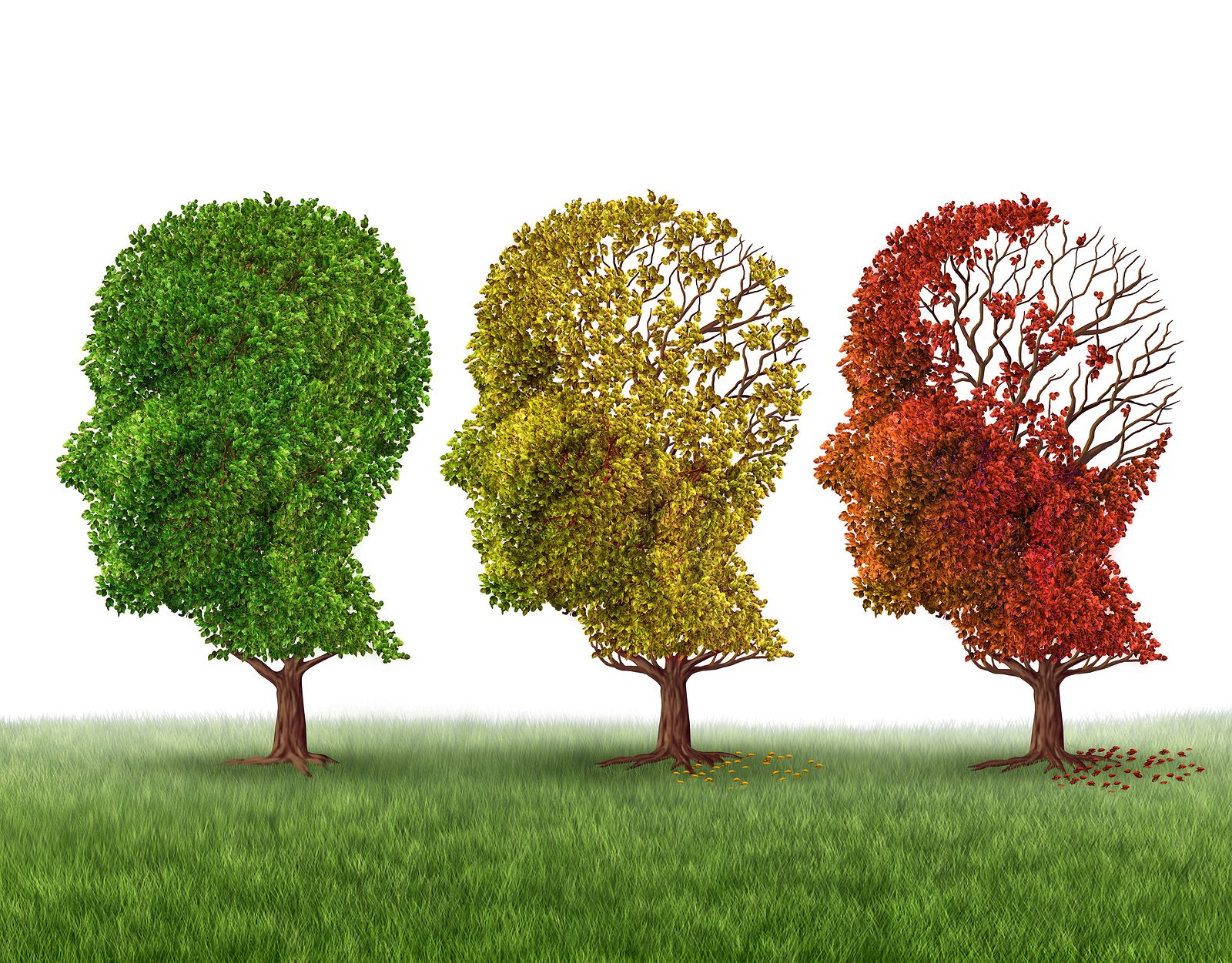 Preventing and Slowing Alzheimer’s: There is Hope

In our immediate neighborhood there are two cases where the husband is the caretaker of his wife with Alzheimer’s. Each wants to keep his wife at home as long as he can. Their dedication is remarkable, and the task is extremely difficult. Fortunately, they have children in the area who help as they can. Still the everyday burden is intense.

As we watch these men we are reminded of the experience a nursing home attendant shared. She said the husband of one of their patients, who had severe Alzheimer’s and could remember nothing, came every day without fail. One day she asked him, “Why do you come? She doesn’t even know who you are.”  His reply, “That’s OK. I know who she is. That’s why I come.” That kind of love touches the heart.

Recently Kristi, my visiting teaching companion, told of her experience with her grandfather who had Alzheimer’s and was in a care center. She said he could not remember anything, and didn’t know his family. She said she wanted to visit her grandfather and take her infant grandson to meet him. Her grandmother said, “It won’t do any good. He doesn’t know anyone anymore. He doesn’t even know me when I visit.”

Still the granddaughter wanted to make the visit. When she entered the care center she found him silently sitting with a group of other patients. She touched his shoulder and said, “Hi, Grandpa.”  He said, “Oh, it’s my Kristi!” She was so surprised and happy that he recognized her. She said, “I came to see you and introduce you to your great grandson.”  With a big smile, he held his arms out to hold the baby. She tenderly placed the baby in his arms. Securely holding the infant he went from one patient to another proudly saying, “This is my great grandson.”

She sat with him for awhile and to her surprise he told of his wife’s recent visit, calling her by name and recounting a trip she has told him all about.  When Kristi returned to her grandmother’s she told her about the visit and his report of her previous visit. With tears streaming down her cheeks, her grandmother said, “You mean he remembered me? He listened to all I said about my trip? I had no idea.”  I guess we never know how much our loved ones who suffer with this disease actually do remember, if even for a moment. At least these moments were joyful for Kristi and her grandmother, and most of all for her grandfather.

In the April 2015 issue of Prevention magazine there is an article titled “How to Beat Alzheimer’s at Its Own Game”. It’s filled with what they called “The new science of prevention”. The contents of the article, by Mike Zimmerman, who had been experiencing minor memory gaps, told of his visit with Majid Fotuhi, the founder of the NeurExpand Brain Center in suburban Washington, DC.

Fotuhi teaches about the function of the brain called the “hippocampus, or hippocampi, since you have two of them, one on the underside of each hemisphere of your brain.  Each is about the size of your thumb and shaped like a sea horse (hippocampus comes from the Greek hippos for ‘horse’ and kampos for ‘sea monster’), and the primary duties involve short-term memory and consolidating it for longer term storage.” (Prevention, April 2015, p 116)

Fotuhi’s clinical work shows that not only can people stop the onslaught of Alzheimer’s and dementia, but they can regrow the hippocampi and improve memory retention that was lost. The article is stimulating and includes case studies. Zimmerman boiled down the formula for regrowing this part of the brain into four very-doable steps. They are:

1. Exercise 3 hours a week. “Majid Fotuhi recommends keeping your heart rate up for at least 20 minutes at a time. . . Exercise increases levels of brain-derived neurotrophic factor (BDNF), a protein that’s essentially fertilizer for the brain.”

2. Meditate 10 minutes a day. “Fotuhi trains his patients to start with a simple 5-5-5 routine: Sit up, straight, close your eyes, and inhale slowly for a count of 5, then exhale for a count of 5. Do this for 5 minutes” Taking time to relax and think of nothing but your breathing is a form of meditation. You can explore other methods by doing a little research online.

3.  Get 1,500 mg of omega-3s daily.  Fatty fish such as lake trout and salmon are rich in omega-3s. Other foods rich in this nutrient include spinach, walnuts, flax seed oil, and others. For more information on omega-3 rich foods click here.

4. Memorize something every day. “Making a habit of memorizing things will tone our hippocampi. . . . Your brain loves variety, so challenge it whenever you can. Increased social interactions helps, as does learning a new skill or language.” (Prevention April 2015 p120-121)

Here are a few ideas to help with #4.

• If you already know how to play the piano, memorize a new piece. If you don’t, consider starting to learn how to play by using the Church’s Hymns Made Easy piano book.

• Memorize a favorite hymn. Copy off the words, put them on your bathroom mirror, then repeat and memorize it while you brush your teeth. It makes the recommended two minutes fly by, and in the process your brain and spirit are blessed.

• If you live near a temple consider serving as an ordinance worker. You will have to memorize more than you ever thought possible. The good part is, it is possible. As a trainer in the temple I see people memorizing ordinances they had considered beyond their capacity to memorize (that included me). They do it and become fluent in their temple service.

• Memorize scriptures. Elder Richard G. Scott said, “Great power can come from memorizing scriptures. To memorize a scripture is to forge a new friendship. It is like discovering a new individual who can help in time of need, give inspiration and comfort, and be a source of motivation for needed change.”

We suggest you choose one your favorites by looking through your scriptures and picking out one you highlighted. If you need a little help, click here for a list of often quoted Book of Mormon scriptures found on lds.org.

There is hope. We simply need to be involved in helping ourselves not only live longer, but have active, useful brains along the way. This matters to me because my mother and her mother both suffered severe dementia in their later years. That’s a bit scary. But it needn’t be for any of us if we do our part.

When I look at my mother’s history, her dementia went into high gear when she turned 80 and stopped doing what had kept her involved and active before then. She simply stopped exercising and doing what she had enjoyed doing before. She shut herself down because she wanted to leave this earth and be with her beloved husband. Little did she know she would live nine more years before that happened. These were hard years as we saw dementia take over her life. We loved her, encouraged her, but in the end she simply didn’t want to live.

Since none of us knows how long we will live, let’s do all we can to be alert and mentally alive until that time comes. The message here is that turning 80 is not a reason to stop living. Stay active, at least doing the four suggested steps above, and by doing so we just might have healthier brains and bodies in our final years. Here’s hoping!

[To help relieve pressure in your life and help improve relationships read the Lundbergs’ book I Don’t Have to Make Everything All Better. Click here to order or learn more]

About a year ago my son who is a physician sent me an article about Vitamin E being used successfully with Alzheimers patients. The dose was 2000 mg per day which is 5 x the recommended dose but they had discovered absolutely no adverse side effects. Since my mother had Alzheimers and I was experiencing some forgetfulness (I am 63) I decided to try it. I have surprised with how it has helped my memory in a dramatic way.

In addition to all of the great things you have mentioned, one can make changes in the brain, as well as prevent the problems of ageing by doing brain plasticity exercises, developed by Michael Merzenich, Phd, one of the greatest neurologisst in the world, and developer of brain plasticity exercises. They can be found by googling Posit Science. They help your brain improve in these areas: attention, brain speed, memory, people skills, intelligence, and navigation. I have found them extremely helpful, along with the other things mentioned in the article and the comments , and do the exercises on the net 6 days a week.