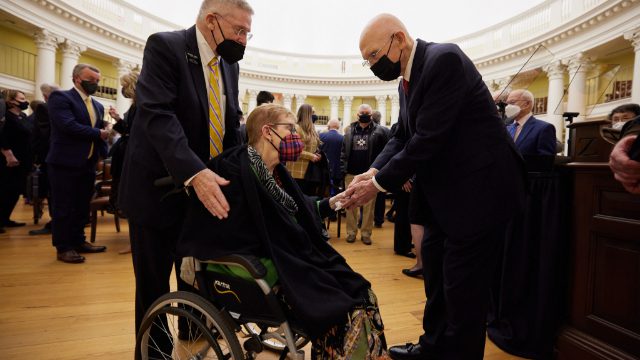 Although current divisions among the religious and secular in the United States are distressing and complex, President Dallin H. Oaks of the First Presidency is advocating a better approach to current conflicts.

Delivering the University of Virginia’s 2021 Joseph Smith Lecture on religious liberty on Friday night, the Apostle of The Church of Jesus Christ of Latter-day Saints and First Counselor in the First Presidency said that “we now need a new, workable balance between religious freedom and non-discrimination.” He pointed believers to a “better way” by stressing the Christ-centered virtues of loving, listening, respecting, negotiating, persuading, balancing, tolerating, cooperating, reconciling, accommodating — any peaceful means that focus on the common good and “resolve differences without compromising core values.”

“We should accept the reality that we are fellow citizens who need each other,” President Oaks said.

Instead of depending on litigating issues in courts where winners are proclaimed and losers are shamed, he proposed that religious leaders and associations should more often come together and approach adversaries through legislation and other efforts to “seek peaceful resolution of painful conflicts between religious freedom and non-discrimination.”

Such an approach among believers of different denominations, he said, does not require an analysis of doctrinal differences or a deep dive into the particulars of belief.