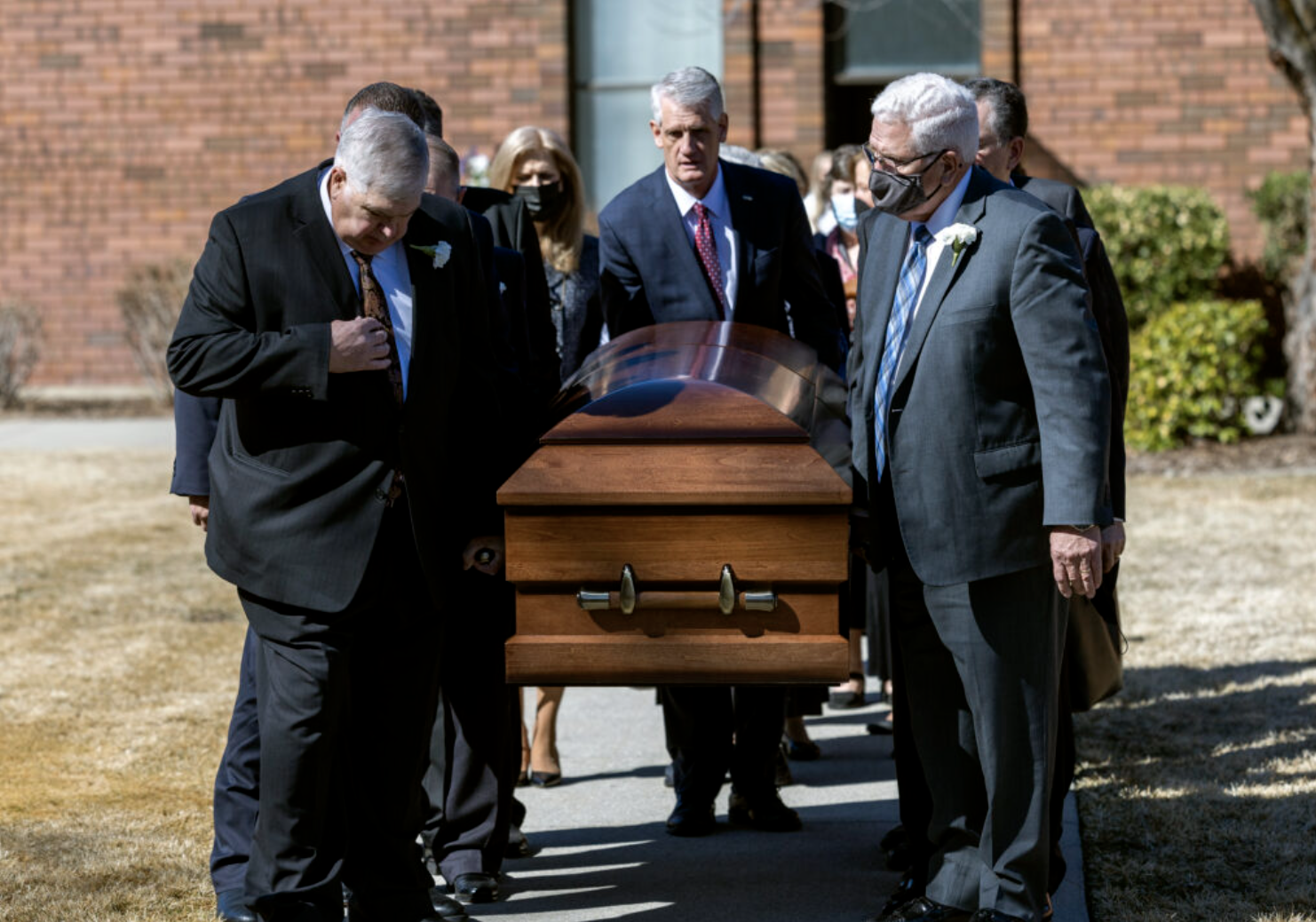 Bearing testimony of the temple’s sealing power and of eternal life, President Russell M. Nelson, president of The Church of Jesus Christ of Latter-day Saints, assured the family of Sister Donna Edith Smith Packer that they would be with their mother and grandmother again some day.

“Thanks to the Atonement of Jesus Christ, and thanks to Donna’s exemplary life as a devout covenant-keeper, her future is glorious,” President Nelson said.

Sister Packer, wife of the late President Boyd K. Packer who served as president of the Quorum of the Twelve Apostles, was memorialized Monday, March 14, during funeral services at the Sandy Utah Cottonwood Creek Stake Center. She passed away Saturday, March 5, at age 94 from causes incident to age.

In attendance at the funeral services were the entire First Presidency: President Nelson and his counselors, President Dallin H. Oaks, President Henry B. Eyring; President M. Russell Ballard, acting president of the Quorum of the Twelve Apostles; Elder Jeffrey R. Holland, Elder Dieter F. Uchtdorf, Elder Quentin L. Cook and Elder Neil L. Andersen of the Quorum of the Twelve Apostles;  representatives of the Presidency of the Seventy, Presiding Bishopric and other General Authorities and officers of the Church; and several emeritus General Authorities and their spouses.

President Nelson remembered Sister Packer as a model wife of a General Authority for more than six decades. “She is a true matriarch, a saintly mother of 10 faithful children and a righteous, ever-growing posterity,” he said. “Donna’s loving kindness has blessed the lives of others around the world and beyond.”

President Nelson taught about covenants and eternal life in his remarks. He quoted what President Joseph F. Smith revealed years ago about life and death: “The righteous spirit that departs from this earth . . . is born again into the paradise of God.”