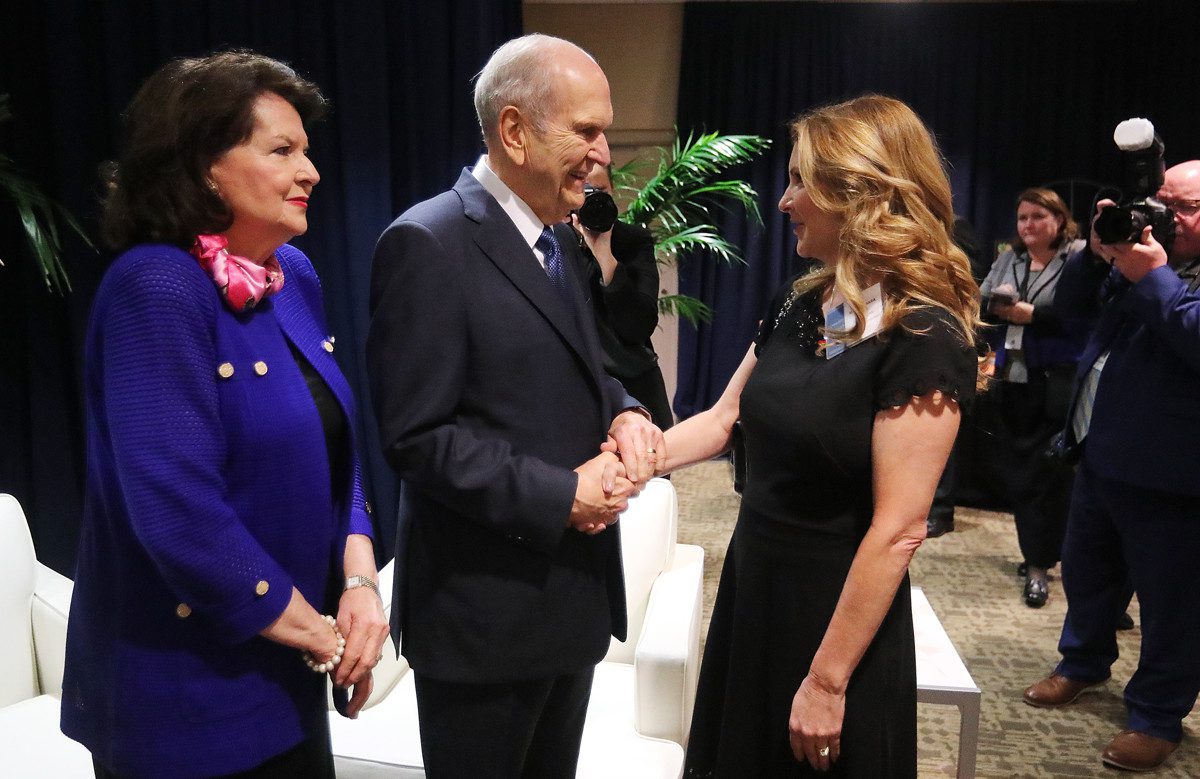 Before addressing a crowd of more than 15,500 members of The Church of Jesus Christ of Latter-day Saints here, President Russell M. Nelson quietly acknowledged a dark day in this city known for theme parks and happy memories.

During a VIP reception at the Amway Center on Sunday evening, President Nelson spent a few minutes with the owner of the local business where 49 people lost their lives in a mass shooting three years ago this week.

Poma said the community is still healing from the June 12, 2016, shooting at Pulse nightclub, a gay club in Orlando not far from the arena where President Nelson would later speak. A memorial at the site includes tributes to those who died and to the 68 who were injured. Photographs, banners and messages communicate one resolve: “We will not let hate win.”

“Hate came to our city. He wasn’t from our city, but he came here and he brought his hate,” said Poma of the lone gunman who was killed by police in a standoff. “But none of that mattered. Because what came from our community, from our country and the world afterward overshined that. Love grew. It was overpouring. It still is overpouring.”

Poma said that in addition to President Nelson, she has felt the love and concern from local members of The Church of Jesus Christ of Latter-day Saints who “want to have conversations” that will better the community.