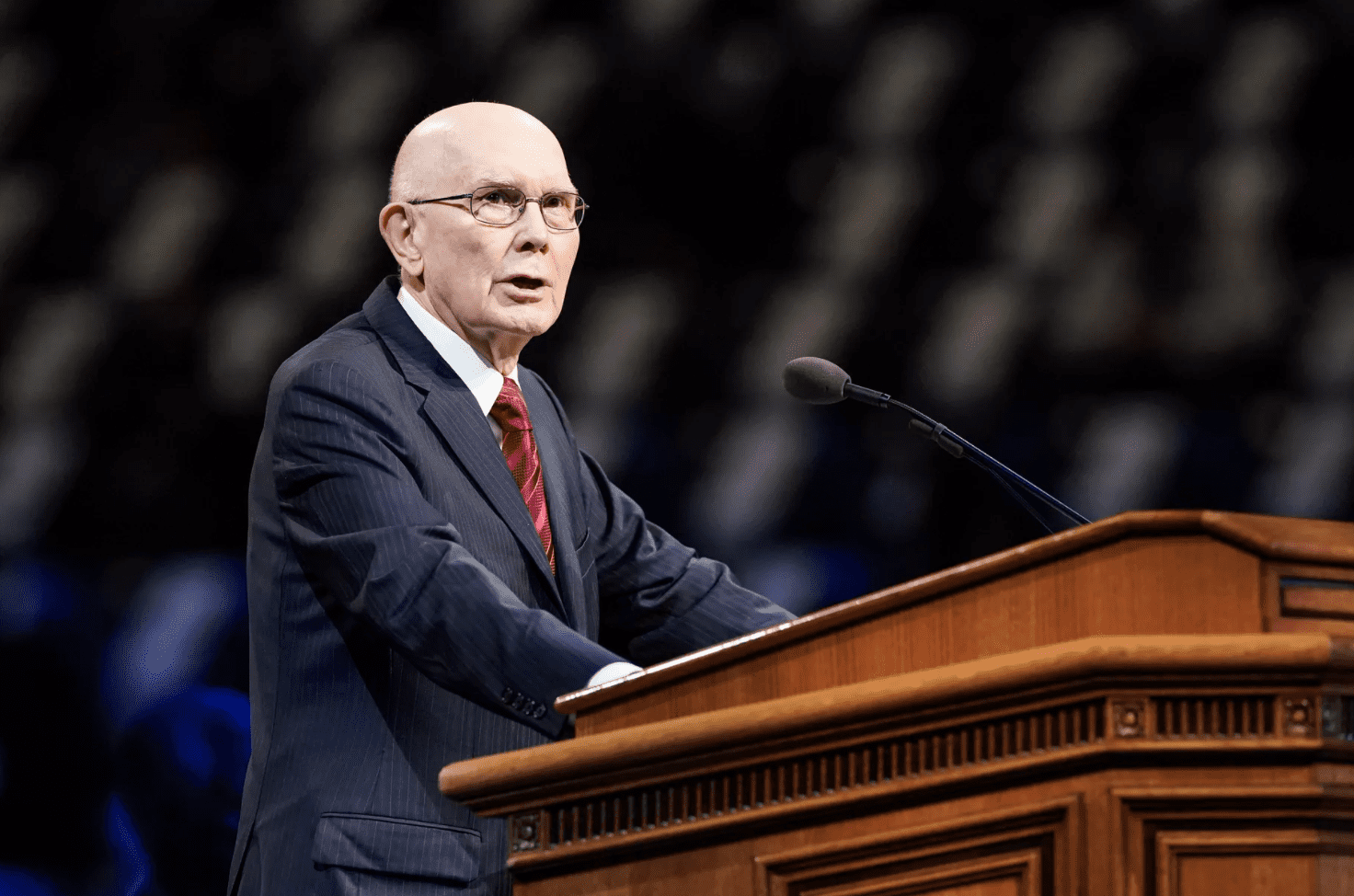 The history of Black slavery in the United States is shameful and the idea that Black lives matter is an eternal truth that should be universally accepted, President Dallin H. Oaks, first counselor in the First Presidency of The Church of Jesus Christ of Latter-day Saints, said Tuesday on the Brigham Young University campus in Provo.

“Love is fundamental,” the apostle said during the first campus devotional with a handful of live spectators since COVID-19 was declared a pandemic in March. Tickets were randomly distributed to 1,200 students, faculty and staff who wore masks and sat in physically distanced, assigned seats in the 19,000-seat Marriott Center.

President Oaks talked about the disruption to students’ lives caused by the pandemic and about the increase in anxiety on church college and university campuses but, as he did during the church’s general conference earlier this month, President Oaks said racism is an ongoing issue in the United States.

“The recent nationwide protests were fueled by powerful feelings that this country suffers from and must abolish racism,” he said.

“The shocking police-produced death of George Floyd in Minnesota last May was surely the trigger for these nationwide protests, whose momentum was carried forward under the message of ‘Black Lives Matter,’” President Oaks added. “Of course, Black lives matter. That is an eternal truth all reasonable people should support. Unfortunately, that persuasive banner was sometimes used or understood to stand for other things that do not command universal support. Examples include abolishing the police or seriously reducing their effectiveness or changing our constitutional government. All these are appropriate subjects for advocacy, but not under what we hope to be the universally accepted message: Black lives matter.”

A full transcript of his talk is available online at Newsroom.ChurchofJesusChrist.org.

Thank you Suerh! You expressed my exact thoughts when I read this talk in October. I also was very disturbed that Pres. Oaks said he supported Black lives matter (BLM) which are trigger words for riots, destruction, and defiance of law and order in our country at the present time.

Pres. Oaks gave an excellent talk. Unfortunately, most of what he said will take a back seat to his perceived support of black lives matter. Someone in his position should have been far more clear about standing for truth. Black lives do matter but BLM is an evil and destructive movement in complete contradiction to the Church’s doctrine on the importance of the family unit. I truly hope he clarifies this so members won’t be deceived.