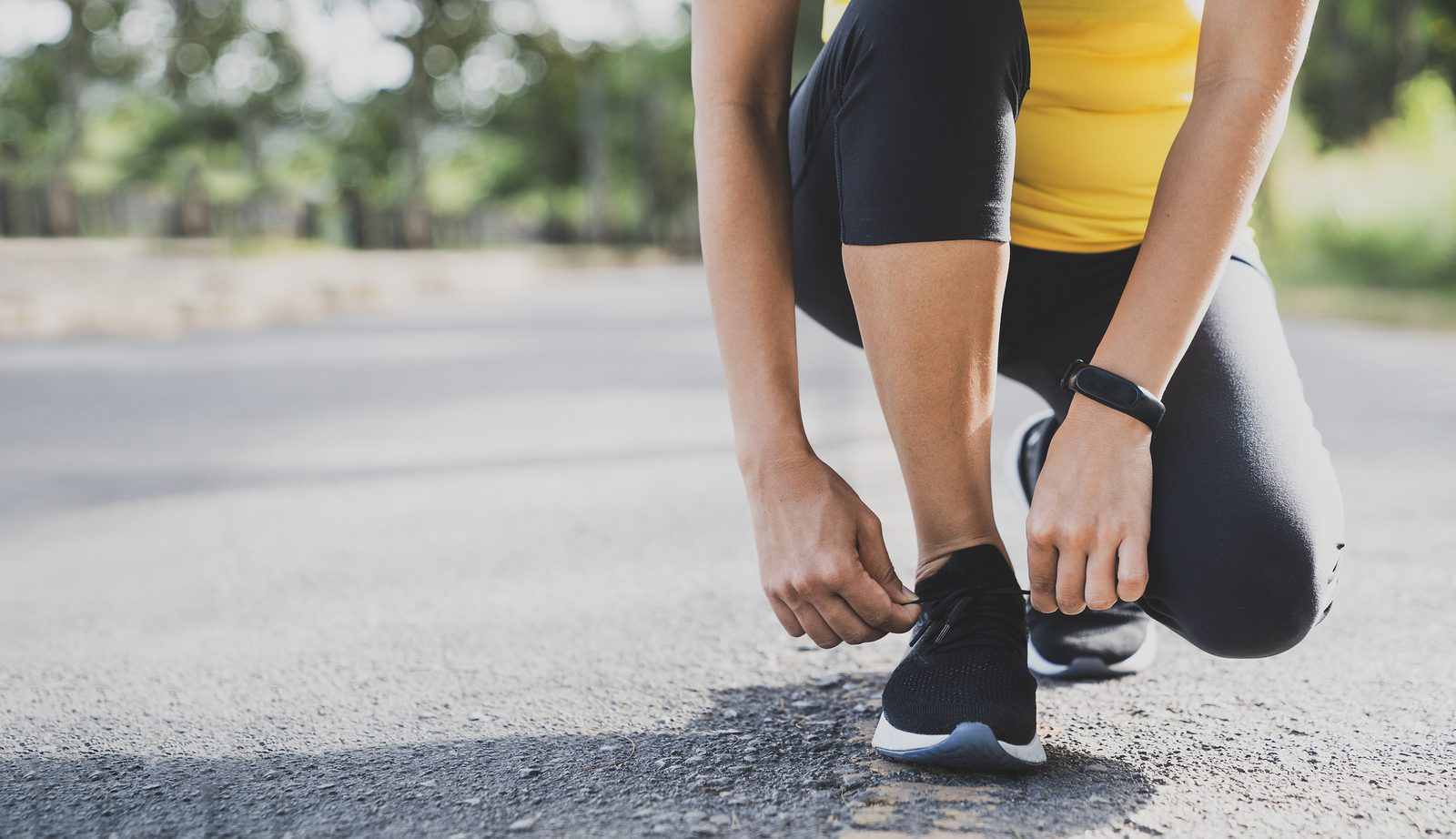 Sports in the United States of America have brought opportunity and prosperity to many of its citizens. Women and girls, in particular, have enjoyed increased access to competitive sports since 1973 when Title IX, the Patsy T. Mink Equal Opportunity in Education Act was passed. I’m not a crier, but there’s nothing so moving as joining with spectators, athletes, and coaches in The Star-Spangled Banner before a game. I lose it towards the end as we belt, “O’er the land of the free and the home of the brave!” As citizens of this great nation, we understand what we are singing about. We know what sacrifices were made in order to enjoy our freedoms. But when it comes to women’s sports, few of us realize our freedoms are being challenged in the name of equality.

Title IX and the Impact of Transgender Athletes

For almost 50 years, Title IX has made it possible for women and girls to compete in sports on an equal footing with men. The Act provided for equal access to any program or activity that received federal dollars, including sports. This meant that public schools were required to provide girls and boys with equitable opportunities to play competitive sports. This right is threatened as women and girl athletes are forced to compete with transwomen – biological boys and men.

After a demoralizing powerlifting competition, Beth Stelzer, a biological woman said, “I was silenced by fear and in a situation that I never thought would be my reality”.  That day, first place went to a biological man, identifying as a woman, who lifted 150 more pounds than the second-place biological woman who deserved to be champion. When Stelzer and others expressed their disappointment, they were told their feelings were, “transphobic, petty, bigoted and even racist”. After suffering a major orbital bone fracture, MMA female fighter, Tamikka Brents said, “I’ve fought a lot of women and have never felt the strength that I felt in a fight as I did that night. I can’t answer whether it’s because she was born a man or not because I’m not a doctor. I can only say, I’ve never felt so overpowered ever in my life and I am an abnormally strong female in my own right”.

Selina Soule, a track and field athlete at Glastonbury High School, lost her dream of placing at the Middletown invite when two transgender girls won first and second place. Selina said, “I qualified for the final of the 100-meter dash at the Middletown invite which features the best athletes in Connecticut. Eight of us lined up at the start line waiting for the guns to go off and hoping to be the first across, but while six of us were only three-quarters into the race, two girls were already across the finish line and budding chest as boys doing victory.” Selina missed the chance to compete in the New England championship that year and became simply, “a spectator” in her own sport.

Selina’s mother, Biana Stanescu, and many other Connecticut parents have watched this tragedy unfold from the sidelines as biological males identifying as women have competed against their daughters, and won: “Girl athletes competing every week live in fear to speak out due to the possibility of retaliation from coaches, from school officials and the possibility of hurting their college scholarship opportunities. The media portrays parents who speak out for their daughters as haters”.

Selina and two other biological girls from her track team decided to take a stand against the Connecticut Interscholastic Athletic Conference and file a federal lawsuit  claiming that the CIAC policy, which states that “students who identify as female are to be recognized as female” and therefore be allowed to compete with biological females, is in violation of Title IX.  The Trump administration has raised a voice of warning in support of the lawsuit. The US Department of Education urges school districts to uphold Title IX or lose athletic funding, indicating they will, “either initiate administrative proceedings to suspend, terminate, or refuse to grant or continue and defer financial assistance” to the CIAC or they will refer the case to the U.S. Department of Justice. This will impact the other 18 states that allow transgender girls to dominate biological girls’ matches, meets, scholarships, and opportunities.

While this issue was brewing in Connecticut, on the other side of the country, Idaho Representative, Barbara Ehardt, was working on a bill to protect women and girls’ sports. Ehardt remembers when competitive sports were not an option for women and girls. “I wanted to play sports, and you know what the answer was to me? Girls don’t do that”.  Ehardt didn’t lose sight of her dream and in 1972, thanks to the implementation of Title IX, she was allowed to join her Junior High girl’s basketball team. She went on to play on the Idaho Falls High School team and was awarded a basketball scholarship to Idaho State University.

Ehardt spent 15 years as a division one women’s basketball coach in California, Utah, and Washington. Representative Ehardt’s passion for women’s sports drove her to fight for its protection in Idaho. “I do not want to go backwards, we have fought too long and too hard to lose our spots to biological boys and men, we deserve the same opportunities as our counterparts”.

Because of Ehardt’s determination, the Fairness In Women’s Sports Act was passed in Idaho in  March 2020, but it was not without heavy opposition. Many argued that the bill was “unnecessary”, “in violation of equal protection rights”, and “sex discrimination”. Although The Fairness in Women’s Sports Act passed and was signed, Idaho governor, Brad Little, faced intense pressure to veto the bill. In April, the ACLU filed a federal lawsuit against Idaho claiming the new law violated the U.S. Constitution’s policy against discrimination and invasion of privacy.  In addition, an alliance of LGBT advocates and athletes have asked the NCAA to bar Idaho from hosting NCAA-sponsored events while their laws prohibit biological men from participating in female sports.

In the recent Supreme Court decision of Bostock v. Clayton Country, sex and gender as a social construct was embraced by the majority. The Supreme Court has taken the liberty of redefining “sex” in the Civil Rights Act of 1964 to include “sexual orientation” and “gender identity”. They have rejected biological science, replacing it with political dogma, saying, “sexual orientation is a function of sex” and “sex is necessarily a factor in sexual orientation”.

This spells disaster for women’s sports. Justice Alito stated, “the Court’s argument is not only arrogant, it is wrong. It fails on its own terms. “Sex,” “sexual orientation,” and “gender identity” are different concepts”. Aside from the individual liberties lost due to this redefinition,  Justice Alito warned, “The effect of the Court’s reasoning may be to force young women to compete against students who have a very significant biological advantage, including students who have the size and strength of a male but identify as female.” He also warns about the likelihood of “Title IX cases against any college who resists assigning students of the opposite biological sex as roommates”. Now that “sex” is defined as the gender with which the student identifies, competitive sports, bathrooms, showers, locker rooms and bedrooms are fair game.

When we don’t support truth, we stand to lose the liberty that makes our home the “land of the free”. The Supreme Court has taken this liberty from women. In his dissent, Justice Kavanaugh reprimanded the majority for combining two different historical movements, “The women’s rights movement was not (and is not) the gay rights movement… to think that sexual orientation discrimination is just a form of sex discrimination is not just a mistake of language and psychology, but also a mistake of history and sociology.

The damage has been done, the Supreme Court has ignored biological truth and in the process, will erase women’s rights.” In one day, the brave efforts of Selina Soule, Representative Ehardt, Governor Little, and countless others, have been thrown under the bus. If the words to “The Star Spangled Banner” are to remain true, we must stand up and let our voices be heard regarding this unconscionable overreach by six Supreme Court justices.

Kari McEvoy is a BYU-Idaho student majoring in Marriage and Family Studies and an intern with United Families International. Kari works full-time teaching K-6 music education at a Utah charter school. She doesn’t believe her job is work, “it’s just play!”  Kari enjoys running, fitness, healthy cooking/eating, and reading. However, her greatest love is spending time with her husband and their six children and one beautiful granddaughter. She and her family enjoy singing, playing music together, sports and playing cards.

All I can say is please Lord hurry up and get here! I am so sick of the wickedness in this place.