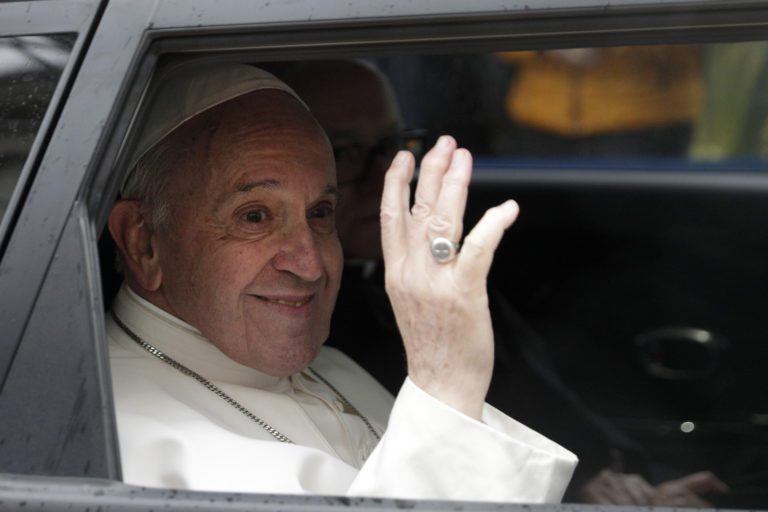 Editor’s Note: It is worth noting that the recent change made by the Pope to the Lord’s Prayer is not dissimilar to Joseph Smith’s translation which changed “lead us not into temptation” to “suffer us not to be led into temptation.”

Lead us not into mistranslation.

Pope Francis officially approved a change to the most famous prayer in Christianity.

It’s the prayer Jesus taught followers to pray and one of the few things that unites 2.2 billion Christians across the globe. But the Holy See’s May 22 approval adjusting The Lord’s Prayer, widely known among the faithful as the “Our Father,” has been years in the making, UCatholic reported.

The Catholic leader changed the phrase “lead us not into temptation” to “do not let us fall into temptation,” as mentioned in the gospel of Matthew 6:13, because the original translation implies that God induces temptation. The change, officials said, is closer to the original intent of the prayer.

“I am the one who falls; it’s not Him pushing me into temptation to then see how I have fallen,” Francis explained to Italian broadcasters about the phrase change. “A father doesn’t do that, a father helps you to get up immediately. It’s Satan who leads us into temptation, that’s his department.”

To read the full article on Fox News, CLICK HERE.

Candace, as I understand the "adjustment" of the Our Father, whether by Pope Francis or by Joseph Smith, it does not deprive me of my agency (responsibility and privilege) to choose to refuse the temptation. Rather it emphasized that God neither causes us to be tempted nor forces us to reject the temptation.

The Lord neither leads us into temptation nor will he prevent it. Temptation is a the tool we use as we learn to overcome the natural man. This change removes the individuals responsibility to freely choose not to allow themselves to fall into temptation. It negates the principle of agency and the atonement.