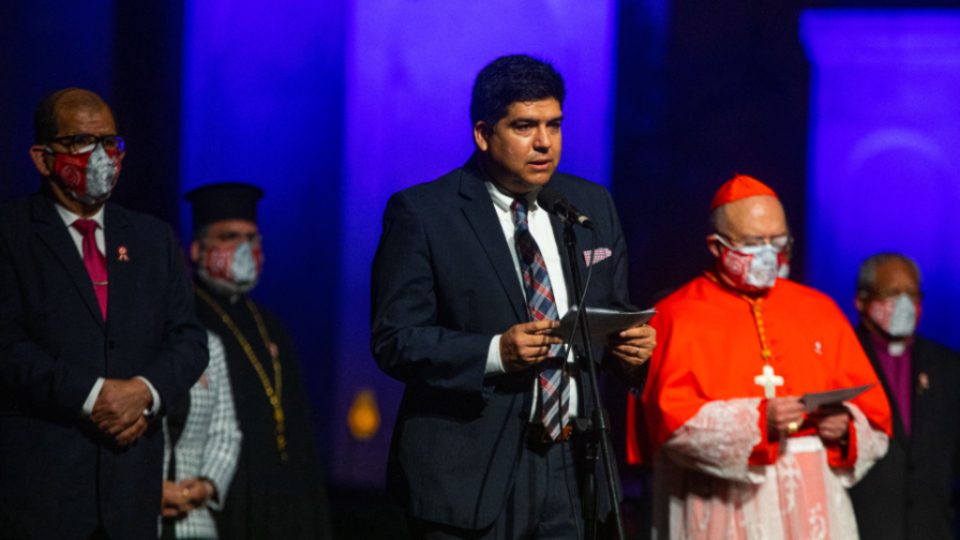 On Monday, the president of Peru and interfaith leaders gathered in the garden area of the Lima Peru Temple of The Church of Jesus Christ of Latter-day Saints to celebrate 200 years of the country’s independence.

The interreligious meeting, titled “We Pray for Peru” was broadcast live on TV Peru, one of the country’s national channels. It was attended by Francisco Sagasti, the president of the republic, as well as state ministers, ambassadors and some of the country’s most prominent religious leaders.

“What you are doing … is a demonstration. It is a very clear example of what we can do in Peru, starting from different points of view, but always having an idea, a common vision,” said President Sagasti.

“All this reminds us that we are here not only to seek transcendence beyond our lives, but to live in harmony, to live together, to live in solidarity and think of the other as equal,” he said. “I thank you for these beautiful minutes, this beautiful time of peace and tranquility.”

President Sagasti opened the event with a review of the country’s rich culture, diversity and people. The South American leader then described various religions’ arrival and their influence on Peruvian society during its two centuries of independence from Spain.

He also highlighted soprano singer Silvia Falcón’s rendition of the national anthem in Spanish and Quechua, both of which are the country’s official languages. He also noted Delio Siticonatzi, who performed the song “Vasijas Rotas” in Aymara.

“We have the need to forgive each other, because without forgiveness there is no reconciliation.”