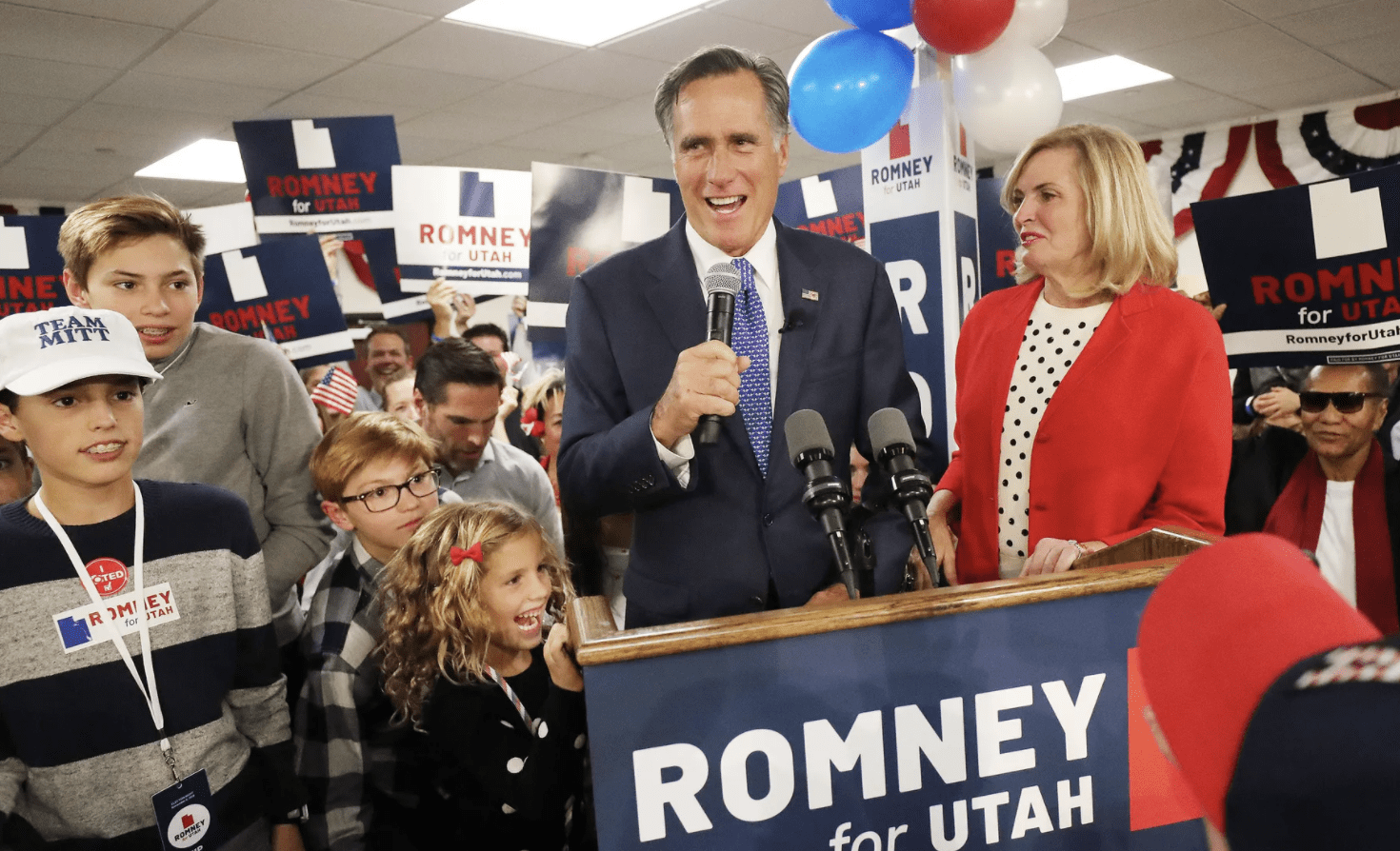 Over Hanukkah this year, we took our annual picture with my husband’s parents. They sit on a swing on my sister-in-law’s porch surrounded by their grandchildren, who, thank God, grow more numerous almost every year. They beam with joy and pride in these photos; you can see it almost radiating off of them. The family they’ve built is their greatest accomplishment, and you can see that fact written on their faces, in their smiles and in the twinkle in their eyes.

This year for Christmas, Mitt and Ann Romney posted a similar photo of their family, even larger than ours. Their photograph practically had to be taken from space in order to get everyone in the frame — their five children and the spouses and their children. I’m not sure how many grandchildren they have at this point; they may not even know themselves. In 2013, Politico ran a humorous news item that Romney had flubbed the number of grandchildren he had.

But the reality is family photos as large as the Romneys’ are an increasingly rare sight in 2021 America.

Being able to lose count of how many grandchildren one has is, in fact, a blessing beyond comprehension. But not so to former television host and news media personality Keith Olbermann, who tweeted a few days after the Romney Christmas tweet first went out the following:

Somebody gift these people some vasectomies pic.twitter.com/hp5RAUF3pk

Upon Googling just who Keith Olbermann is in order to give you, my readers, some context, I found I wasn’t alone wondering, “What does Keith Olbermann do now?” That’s the top search request related to his name. It turns out he resigned from ESPN to start a political commentary show on YouTube. It’s not clear if the show is still going.

Olbermann is one of two children and has apparently never been married himself, nor does he appear to have any children. Romney, a wealthy and successful businessman turned almost-president and currently serving as a U.S. senator, is leading one of the most enviable lives in the country. But like my in-laws, you can tell by the look on his face in the family photo that it’s not his wealth and certainly not his political power that’s bringing him contentment. Romney’s joy, it’s clear, derives from being surrounded by his children and grandchildren, with his beloved wife by his side.