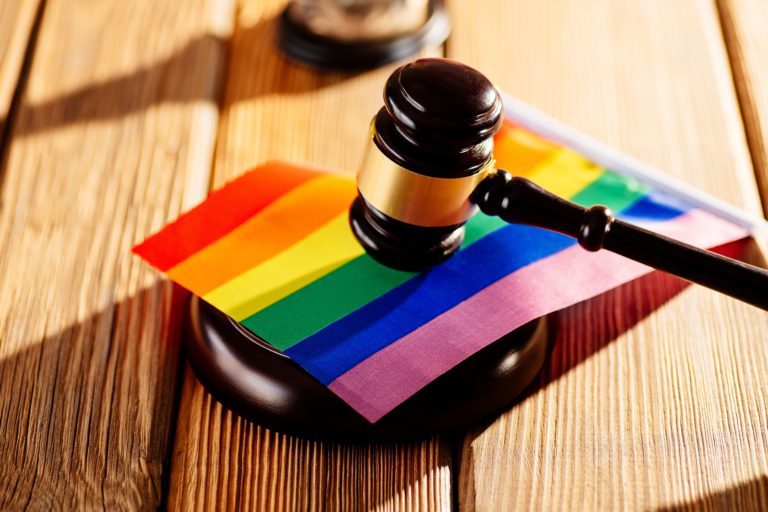 Friday I opened up my newsfeed, and this is what greeted me: an account of a six year old girl traumatized by her teacher who insisted on teaching her students that there are no such things as boys and girls; an article about the benefits of exposing children to the “kink” at pride parades; a report that the children’s television cartoon, My Little Pony, introduced an LGBTQ couple to the show. Wow, it’s been a busy week on the sexual orientation and gender identity front.

This assault on our children’s innocence and our sensibilities seems to be coming from every angle. What to do?

If you are Taylor Swift, the answer is, apparently, that “You need to calm down.”

The nerdy girl in glasses living next door to her high school football-star crush in “You Belong with Me” is woke, and all of us who hold to traditional definitions of marriage and gender and have concerns regarding the protection of religious expression are reduced to a bunch of semi-literate hillbillies with bad teeth that insist on being mad, when, according to Swift, they could “be GLAAD.”

It is almost inconceivable that the country whose primary right, as outlined in the First Amendment, which forbids the government from prohibiting the free exercise of religion, finds itself in a culture war over what it means to exercise one’s religion and the ability to do so. Yet this is where we are. And the line in the sand of that culture war comes down to LGBTQ rights versus the rights of religious adherents.

The United States has come a long way since sodomy laws were something homosexuals had to contend with. How our society treats the issue of homosexuality and homosexuals has changed a lot. Despite that, the country is torn when it comes to matters of religious liberty versus LGBTQ rights. A 2016 Pew Survey found:

About half of U.S. adults (49%) say businesses that provide wedding services, such as catering or flowers, should be required to provide those services to same-sex couples as they would for any other couple. But a nearly equal share (48%) say businesses should be able to refuse services to same-sex couples if the business owner has religious objections to homosexuality.

How can our society move forward when it is so closely divided? Each side is motivated by principles enshrined in the American psyche: fairness, freedom of conscience, and religious liberty.

One of my favorite college classes studied conflict resolution and focused on the concept of creative tension. When each side can let go of its adversarial positioning and acknowledge the validity in alternate viewpoints, each side in a conflict is freed to innovate. The conflict generates a tension with creative potential. When it comes to the question of LGBTQ rights versus religious liberty, our country does have an example of two sides coming together to find a creative solution that respected these competing rights. In 2015, the state of Utah passed an anti-discrimination bill that protected the rights of LGBTQ individuals in areas of employment and housing while preserving the rights of religious institutions with teachings against homosexuality. United Families International supported Utah’s compromise bill, and the legislation was able to pass in large part because the Church of Jesus Christ of Latter-day Saints was also a supporter. The Church has embraced a position of “fairness for all” when it comes to the competing rights of religious adherents and LGBTQ individuals:

“The Church of Jesus Christ of Latter-day Saints is deeply concerned that the ongoing conflicts between religious liberty and LGBT rights is poisoning our civil discourse, eroding the free exercise of religion and preventing diverse Americans of good will from living together in respect and peace… Conflicts between rights are common and nothing new. When conflicts arise between religious freedom and LGBT rights, the Church advocates a balanced “fairness for all” approach that protects the most important rights for everyone while seeking reasonable, respectful compromises in areas of conflict.”

Hoping to improve the discourse regarding this contentious issue, many organizations have sprung up advocating dialogue and relationship-building in search of understanding and solution, such as Tolerance Means Dialogue and NCAA’s Common Ground. Brigham Young University’s International Center for Law and Religion Studies also advanced the principle of dialogue at its recent Religious Freedom Annual Review. Reaching out to our LGBTQ friends, neighbors, co-workers and family and seeking common ground is crucial to improving civil discourse.

Dialogue and the elephant in the room

However, there is one item at the heart of our current culture war which the Utah law did not address, and which was talked around but not addressed head-on at this year’s Religious Freedom Annual Review, and that is the issue of public accommodation – can a business deny service to LGBTQ individuals if doing so would force the business owner to compromise his or her deeply held religious convictions?  Many in the LGBTQ community say that allowing a business to deny service is religion-sanctioned discrimination, and as such it diminishes the humanity of the LGBTQ person. However, if a religious individuals, who believe that God created male and female in His image and only sanctions heterosexual marriage, are required to use their talents and business to assist in the celebration of a same-sex marriage or a gender transition, their humanity is likewise diminished.

This is the elephant in the room. Like the Utah compromise legislation, discussion of this issue is often punted. Religious adherents who accept the legality of same-sex marriage, but fundamentally disagree with it and believe that the male-female binary is God given, are learning to live in an environment that is increasingly antagonistic towards traditional belief. While legislation such as the Equality Act is meant to eliminate instances of discrimination in the workplace, its passage will institute a new kind of workplace discrimination as conservative religious adherents are forced to act in violation of their religious convictions. The Equality Act, in fact, is openly antagonistic to religion as it specifically denies religious exemptions which would impact, for instance, healthcare providers who object to performing abortions and sex change procedures, or therapists who feel they are not well-suited to counsel same-sex couples.

In his address at BYU’s Religious Freedom Annual Review, Elder Patrick Kearon of the Presidency of the Seventy of The Church of Jesus Christ of Latter-day Saints discussed his experience living in a country that does not allow freedom of religious expression and the punishment that those who depart from state-sanctioned doctrine endure. Persecution, conflict and alienation are the consequence of a lack of religious liberty. On the other hand, freedom of religion promotes trust, confidence and a sense of safety that promotes healthy societies. Freedom of religion allows people to feel “safe in their deepest convictions” and able to “express and exercise them publicly.” When religious expression is restricted, “common ground is lost, and life together becomes a battle. The test of a pluralistic society is to achieve unity without diminishing the diversity within it.”

The challenge we face in overcoming today’s culture war is in fostering that unity while respecting the rights of two groups with very disparate goals. Building bridges and finding common ground can help each side trust the other, but avoiding the elephant in the room will only makes matters worse. Katy Faust, a children’s rights advocate (who was raised by a lesbian mother and her partner, but nevertheless opposed the legalization of same-sex marriage), suggests we do the following to build bridges with those who place religious freedom on the less weighty side of the scale:

“Feed them. Give them water (or lattes) to drink. Bless them. Pray for their specific needs. Have them over for dinner. Cry with them when they have to put their dog to sleep. Help them paint their house. Go to see them perform at the civic theatre. Take them out for tea. Listen to their hearts. Genuinely ask for their advice in matters where they have insight.”

Katy quotes Emmy award-winning television producer Bob Briner who said, “It’s time for lambs to roar… What I am calling for is a radically different way of thinking about our world. Instead of running from it, we need to rush into it. And instead of just hanging around the fringes of our culture, we need to be right smack dab in the middle of it.”

The need for courage

Simultaneously building bridges and defending religious liberty takes courage. How we respond to the challenge will shape the world we live in. In closing his remarks at the Religious Freedom Annual Review, Elder Kearon said:

“As human beings and the children of divine creation, we all want to live by a moral vision and want to share it with others. In doing this, we enter the realm of both religion and politics. This can be messy and contentious, but we have reason to be optimistic. As Martin Luther King was so fond of saying, drawing from the abolitionist, Theodor Parker, ‘The arc of the moral universe is long, but it bends towards justice.’

We are in that arc, and God expects us to do our part nudging it toward justice. This is our work.”

Elder Patrick Kearon's recent piece "Of Rights and Responsibilities: The Social Ecosystem of Religious Freedom" given at the Religious Freedom Annual Review" provides additional insights on key ingredients of a properly functioning pluralistic society. The rule of law is especially critical when people fail to take responsibility to ensure their own rights AND also HEED the rights of others. We live in such a society today.

I am sick to death of the obsessive saturation in our country over the issues of LGBTQXYZ "rights." Is is really about "rights?" The real issue is that there are some who are issuing demands that attempt to force my acceptance of a sinful lifestyle. If we do not accept, and even support, the immorality of practicing homosexuality, the next step is to try and shame us. If someone won't bake your wedding cake, there are plenty of other bakers who will. Get over it.