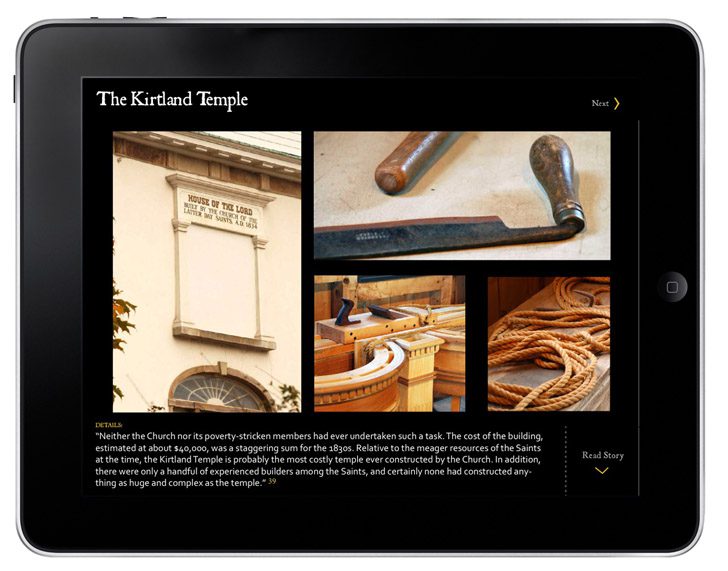 Most of you are familiar with the statement of the Prophet Joseph Smith in November 1834:

“No month ever found me more busily engaged than November; but as my life consisted of activity and unyielding exertions, I made this my rule: When the Lord commands, do it.”[i]

I’ve pondered a great deal over the years about the “When the Lord commands, do it” part of that quote from his history. But more recently I started wondering about how any month of Joseph’s life could find him “more busily engaged.” What was going on and why would he record that statement when every one of his months, practically since the spring of 1820, had been so full and busy?

Joseph had just returned from a cold journey to Pontiac, Michigan in company with his brother Hyrum, and with Oliver Cowdery, David Whitmer, Frederick G. Williams and Roger Orton to strengthen the Saints there.

It had only been a few months since the two-thousand mile round-trip journey of Zion’s Camp March which Joseph had led. Because of all the resources expended for that march and the relief that was offered to the Saints in Missouri, Joseph was concerned about the financial obligations that were coming upon the Church from every side.

The Kirtland Temple was well under way and was a tremendous financial drain in the midst of the poverty of the Saints. Joseph was constantly thinking about this and was praying and pondering about the ways to pay for it.

It was during this same month of November that Joseph was making all the preparations necessary for the School of the Elders which would be starting in a couple of months.

The brethren were also in the midst of trying to finish the printing office, a building located just behind (west) and a little south of the Kirtland Temple site. This, in and of itself, was a large and expensive building project.

Joseph and Emma had a three-year old daughter (Julia) and a two-year old son (Joseph) to care for in the house. Samuel Harrison Smith, Joseph’s younger brother, had just married Mary Bailey 2 ½ months before.  Their home was constantly thronged with visitors.

It was in the midst of all these financial burdens and personal stress that Joseph and Oliver came before the Lord on the evening of the 29th of November, 1834 and entered into the following covenant:

“That if the Lord will prosper us in our business and open the way before us that we may obtain means to pay our debts; that we be not troubled nor brought into disrepute before the world, nor His people; after that, of all that He shall give unto us, we will give a tenth to be bestowed upon the poor in His Church, or as He shall command; and that we will be faithful over that which He has entrusted to our care, that we may obtain much; and that our children after us shall remember to observe this sacred and holy covenant; and that our children, and our children’s children, may know of the same, we have subscribed our names with our own hands.”[ii]

Joseph and Oliver then signed their names to the covenant on a piece of paper and offered this prayer:

“And now, O Father, as Thou didst prosper our father Jacob, and bless him with protection and prosperity wherever he went, from the time he made a like covenant before and with Thee; as Thou didst even the same night, open the heavens unto him and manifest great mercy and power, and give him promises, wilt Thou do so with us his sons; and as his blessings prevailed above his progenitors unto the utmost bounds of the everlasting hills, even so may our blessings prevail like his; and may Thy servants be preserved from the power and influence of wicked and unrighteous men; may every weapon formed against us fall upon the head of him who shall form it; may we be blessed with a name and a place among Thy Saints here, and Thy sanctified when they shall rest. Amen.”[iii]

Joseph and Oliver were calling upon the covenant blessings of ancient Israel. They were calling upon the Lord for blessings of prosperity, protection and power and offered to give a tithe of all that they had for the blessing of the poor—and all of this when they themselves were so poor! Remember, this is all happening three years and eight months before the Law of Tithing will be revealed in Far West, Missouri!

In the midst of an extremely busy month (we might call it a very stressful month), Joseph had made a personal commitment to do whatever the Lord commanded him to do, but he also covenanted to do even more: to give a tenth of whatever he received to the care and blessing of the poor. What an act of faith!

Stories like this can be found in the new iPad App immediately available called Witness of the Light. Open the App Store on your iPad and search for “Witness of the Light” and download it today. You can also get a preview of the App right here at www.josephsmithwitness.com

When will an Android version be available? Many of us prefer this platform and have no intention of purchasing an IOS device.

Am I wrong in thinking this Witness of the Light app can't be used on a PC or laptop? I really want to buy it but will probably never have an ipad.