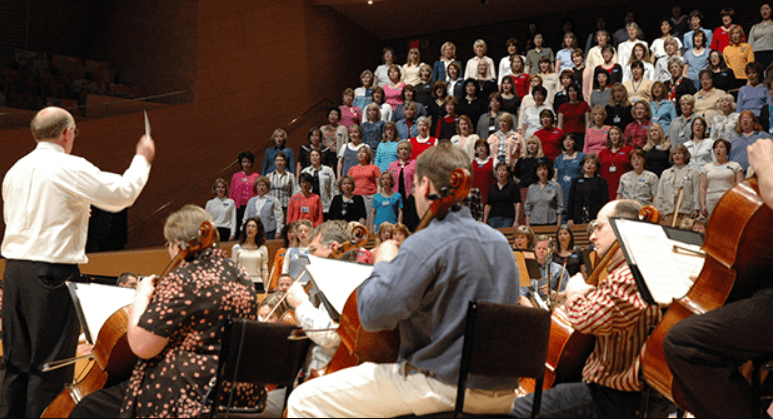 On the Road Again: Mormon Tabernacle Choir Returns to the Pacific Coast

Given the Mormon Tabernacle Choir’s vast television, radio, and online audience, it’s fair to ask why the Church’s “musical ambassadors” still take their show on the road.

After all, the choir’s weekly Music and the Spoken Word has been broadcast since 1929. And its official YouTube channel has captured over 130 million views from around the world.

“But there is nothing like listening to the choir in person,” said choir president Ron Jarrett.

The experience of listening to the choir live, added music director Mack Wilberg, “is impossible to capture any other way.”

The Mormon Tabernacle Choir embarked on its 2018 Classic Coast Tour on June 18. The 360-voice choir, along with its companion Orchestra at Temple Square, will perform in seven cities in California, Washington, and Vancouver, Canada.

Jarrett admits audiences arrive with high expectations of the oft-called “America’s Choir.” Yes, that adds a bit of pressure—but it’s a welcome pressure.

“We want the audience to walk away feeling that this was an experience that they have never felt before,” said Jarrett, himself a former choir member.

The Classic Coast Tour will include performances in the California cities of Costa Mesa, Los Angeles, Berkeley, Mountain View, and Rohnert Park. The Golden State is something of a second home to the choir. The choir first performed in California in 1896—and have since traveled there for over 40 performances.