On Brigham Young's birthday, the many ways he shaped Utah, the West | Meridian Magazine 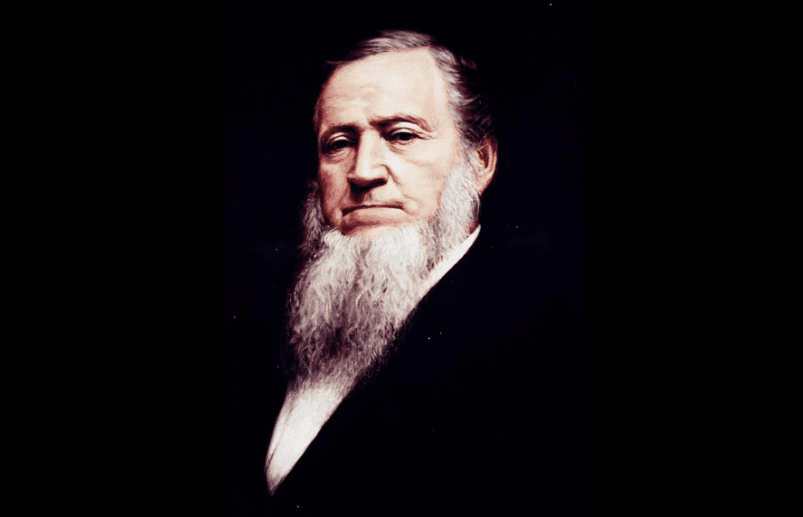 On Brigham Young’s birthday, the many ways he shaped Utah, the West

Young was the second president of The Church of Jesus Christ of Latter-day Saints and the first governor of Utah territory. He was also a painter, a glazier, a master carpenter, a husband to 55 and a father to at least 56.

Leonard Arrington, one of Brigham Young’s most prominent biographers, observed that one could pore over Young’s diaries, letters and sermons and still not fully understand the man: “His personality was full of ambiguities and complexities.”

Young was a shrewd businessman and a commanding, even abrasive, orator, inspiring his followers to call him the “Lion of the Lord.” During sermons, Young would reportedly whip out his bowie knife to demonstrate his readiness to fight his enemies, according to Arrington.

Yet Young wasn’t a violent person, once saying, “Never, in the days of my life, have I hurt a man with the palm of my hand.” He was also revered for his compassion toward children and his love of singing and dancing.

While it’s hard to grasp Brigham Young in his full complexity today, Utah — and the American West — would not be the same without him.

Historians often refer to Brigham Young as “the American Moses” because he, like the biblical prophet, led a massive religious exodus through a desert to a promised land.

To establish a Mormon community protected from persecution and outside influence, Young supervised the overland trek of 60,000 to 70,000 Mormon pioneers to the Salt Lake Valley. He also enabled immigration from overseas by establishing the 1850 Perpetual Emigrating Fund, which helped more than 30,000 poor Latter-day Saints travel from the British Isles, Scandinavia, Switzerland, Germany and the Netherlands to the American West.