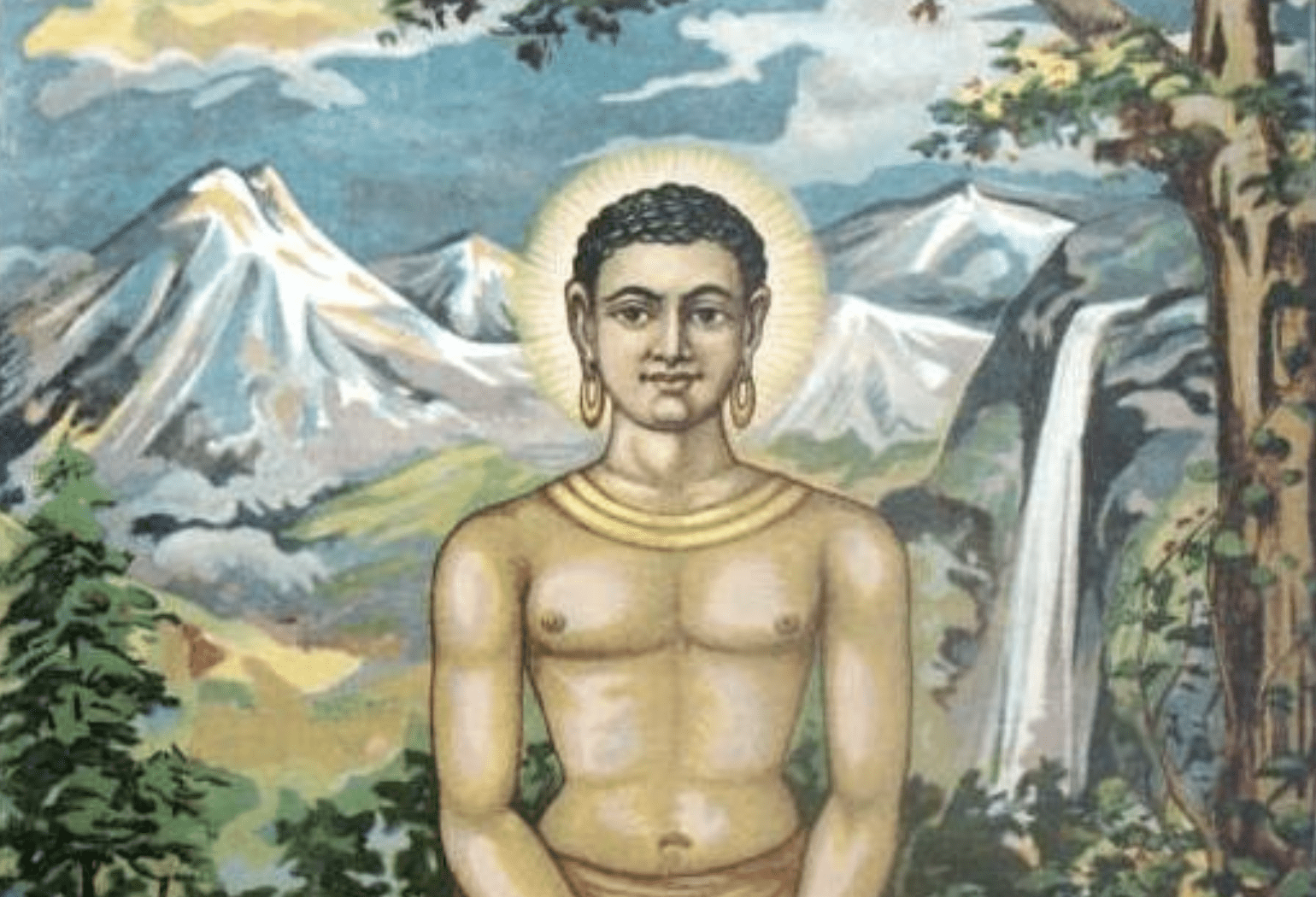 Non-Attachment and the Doctrine of Sealing for All Eternity

To read other great insights from Daniel, visit his blog: Sic et Non.

As will, I’m sure, be immediately apparent to those who are specialists, I am anything but an expert on Buddhism.  But details on Buddhism aren’t really the point of the comment that follows.  If I’ve got something wrong, or even the whole conception of Buddhism wrong, please concentrate on the more fundamental thought here:

As I understand his biography, the parents of Siddhārtha Gautama — later to be known as the Buddha (the “Enlightened One”) — isolated him in a palace through his childhood and early youth, carefully ensuring that he didn’t see poverty, suffering, ugliness, illness, or decrepitude, attempting to spare him even the awareness that such things existed.  But, as was inevitable, he eventually got out and was deeply disturbed by what he encountered.  Thereafter, he bent all his thought toward escape from suffering.  And, after he had achieved enlightenment, he graciously chose to remain among ordinary unenlightened humans in order to show us the way to enlightenment — which is the principle of non-attachment.  If we give up lust, cravings, and desires, we can achieve serenity and put ourselves beyond pain and sorrow.

I suppose that I could have, and probably should have, used Stoicism instead of Buddhism.  But my fundamental point is served by (my misunderstanding of?) both.

There is certainly truth and value in non-attachment, at least as it is properly applied.  It is a commonplace that we should not allow ourselves to become unduly attached to transient or relatively insignificant things (e.g. wealth, power, status, or physical beauty).

It seems to me, nevertheless, that the fundamental message of Christianity is in some ways distinctly opposed to the principle of non-attachment.  “For God so loved the world, that he gave his only begotten Son, that whosoever believeth in him should not perish, but have everlasting life” (John 3:16).  The notion that God is “without body, parts, or passions” — passions here meaning “emotions” — is thoroughly pagan, and thoroughly unbiblical.  (See my 2013 Deseret News column “Might As Well Pray to a Rock.”)  According to basic Christian teaching, Christ came into the world to suffer on our behalf, not to escape suffering.  According to one of the greatest chapters in all of scripture, Moses 7, even God himself sorrows over the sins of humanity.  And he seeks to save us.  All of us.  “God our Saviour . . . will have all men to be saved, and to come unto the knowledge of the truth” (1 Timothy 2:3-4).  “For behold, this is my work and my glory—to bring to pass the immortality and eternal life of man” (Moses 1:39).

And we, as disciples of Christ, are not directed to withdraw into non-attachment, but are told that “He that loveth not knoweth not God; for God is love” (1 John 4:8).  We are commanded to take his message to everyone.  “And he said unto them, Go ye into all the world, and preach the gospel to every creature” (Mark 16;15).  And we are not to retreat into a serenely hermitic distance from humankind, but to be fully engaged with the daily life around us.  “A man filled with the love of God,” said the Prophet Joseph Smith, “is not content with blessing his family alone, but ranges through the whole world, anxious to bless the whole human race.”  “Anxious to bless the whole human race.”  The word should probably, more properly, be eager. Whatever the word, though, it clearly doesn’t suggest “non-attachment.”

Now, I know enough about Buddhism to know that the distinction that I’m making isn’t quite fair.  It’s not that simple.  There were and are Buddhist missionaries.  They didn’t simply withdraw into monastic seclusion.  One of my personal heroes in the Mauryan emperor of India known as Ashoka.  (See the 2012 Deseret News column “Indian ruler sowed seeds of Buddhism.”

But please remember, again, that my point here isn’t really about Buddhism at all.  And I could easily have taken illustrations from elements of the broader Christian tradition itself.  Most specifically, for my purposes here, Latter-day Saint Christians are not encouraged to secede into monastic isolation.  Quite the contrary.  We’re to be “in the world but not of the world.”  We usually put the emphasis on not being “of the world.”  But the principle also insists that we should be fully “in” it.  Among the implications of this is that we’re to have, and to love, and to care for family and friends.  To have and raise children.  To care about grandchildren.  In the doctrines of the Restoration, family is not just a pleasant earthly phenomenon for many people.  Rather, it’s an eternal principle and goal.  It is fundamental.

The trouble is that our occasions for pain are multiplied when we care about others.  We are vulnerable to disappointments, betrayals, pains, and sorrows ourselves, as individuals.  But if, going in the opposite direction from complete non-attachment, we widen our circle to care about parents, children, grandparents, grandchildren, extended family, friends, and colleagues, we greatly increase the likelihood that we will feel the sorrows, pains, betrayals, and  disappointments of other people, and not merely our own.  The metaphor that has long occurred to me with regard to this matter is that of a bubble enclosing us.  The surface of the bubble represents our susceptibility to pain and hurt.  By expanding our bubble in include others, we rapidly increase the surface of the bubble around us — and, thus, our liability to be hurt.

I’m thinking about these things today because of horrible news that I received early this afternoon.  The grandson of one of my very favorite department colleagues, recently retired — a wonderfully kind and pleasant man who formerly chaired my department and whose wife is equally wonderful — was killed in a car accident on Tuesday, 18 May 2021, while serving as a Latter-day Saint missionary in Texas.  I can scarcely imagine more horrific news.  My heart is broken for these good people, whom I have known for more than half of my life, and for their family.

And now, just as I finish writing this, I learn that my wife’s last surviving uncle passed away today.  She has only one aunt left.  (I have no aunts or uncles anymore, and haven’t for several years.)

The more we care, the more we can be injured.  So is the answer “non-attachment”?  Not from the perspective of Christianity, and certainly not from the vantage point of the Restoration — both of which counsel greater attachment, not less.  One of the most wonderful things about the Gospel is that, according to its teachings, widening our circle of love and caring not only increases our capacity to be hurt.  It also increases our capacity to feel joy.  Because the one is the inescapable flip side of the other.

We sorrow, when we sorrow, because we care.  Would we prefer not to care about the people whom we love?  Consider even the portrayal of the Savior himself at the tomb of Lazarus in Bethany, as depicted in John 11:35-36:

Then said the Jews, Behold how he loved him!

But there is hope.  Even in the darkest moments.  To use the words of William Clayton, the message of the Gospel is that, in the end, we will be able to say “All is well!  All is well!”

And the Lord provided for them that they should hunger not, neither should they thirst; yea, and he also gave them strength, that they should suffer no manner of afflictions, save it were swallowed up in the joy of Christ.  (Alma 31:38)

Weeping may endure for a night, but joy cometh in the morning.  (Psalm 30:5)

And God shall wipe away all tears from their eyes; and there shall be no more death, neither sorrow, nor crying, neither shall there be any more pain: for the former things are passed away.  (Revelation 21:4)

But the night can often be very, very long, and the weeping is no less real just because we know that morning will follow.

A grandson just expressed interest in Buddhism, and I recently heard a lecture that helped me explain the concepts you used above. And my stake is just south of the area where the two missionaries were killed in Texas. The interconnectedness of everything always amazes me.

I have been pondering on this very principle--that to love is to suffer; But love is also the catalyst to joy. Perhaps one of the most defining attributes of Divinity is the ability to absorb pain with those who suffer. I am in awe with how our Heavenly Parents must anguish with each of their children!