No, Religious Women are not Brainwashed | Meridian Magazine 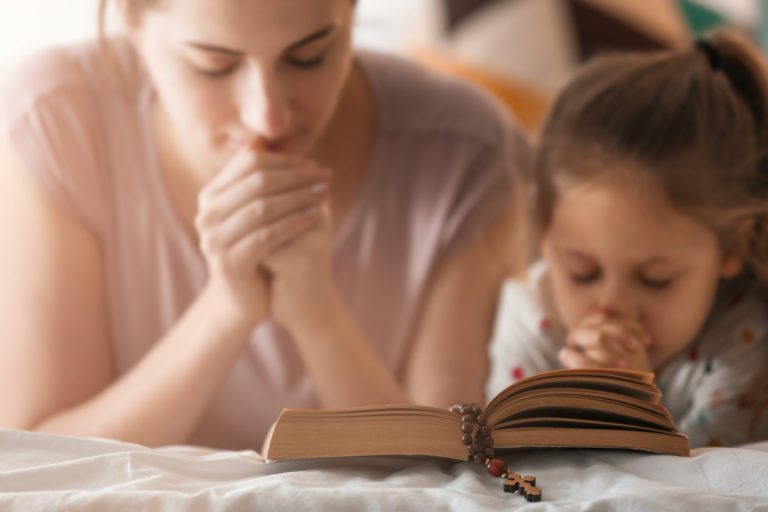 No, Religious Women are not Brainwashed

When findings from the World Family Map exploring links between religion and family well-being were published in The New York Times last week, a strong reaction ensued. The study found that the happiest married women in America are those who attend church regularly with their husbands and hold more traditional views about the roles of men and women. Fully 73 percent of religiously active, married women who agreed that “it is usually better for everyone involved if the father takes the lead in working outside the home and the mother takes the lead in caring for the home and family” reported high levels of satisfaction, commitment, closeness and stability in their marriages.

“We don’t get religion”

Critics reacted to the findings arguing that religious, conservative wives could only have been “brainwashed” to say they were happy. Consistent with the statement of New York Times’ executive director Dean Baquet, their comments indicated, “We don’t get religion. We don’t get the role of religion in people’s lives.” This, in spite of the fact that decades of research exploring the connection between religion and individual well-being confirm what Harvard professor Tyler VanderWeele summarized, “Participation in religious services is associated with numerous aspects of human flourishing, including happiness and life satisfaction, mental and physical health, meaning and purpose, character and virtue, and close social relationships.”

In fact, findings from the World Family Map were not new. Previous research similarly found that for women, the happiest marriages were those in which both spouses shared more traditional views about marriage and attended church together. Religious activity seems to impact men’s behavior in particular, in ways that “result in higher-quality marriages for women.” Compared to other fathers, those who attend church weekly were found to be the most active and emotionally engaged with their children, and their wives felt more appreciated and more satisfied with the affection, love and understanding they felt from their husbands.

Women and work – the “stubborn facts”

But this isn’t the first time that women’s perspectives about marriage and family have been dismissed as simply the result of being “brainwashed.” Another “stubborn fact” frequently overlooked in public conversations about women is the finding that the vast majority of married mothers prefer not to work full time. Pew Survey results over multiple years consistently find that less than 25 percent of married mothers with children under age 18 prefer full-time employment. In the nationally based Motherhood Study, only 15 percent of the 41 percent of mothers who were employed full-time considered that to be ideal.

Surely these women cannot all just be “brainwashed.” The evidence is clear that both women and men hold strongly “to the ideal of equal opportunity for women professionally and publicly.” But when children and family are brought into the discussion, a different focus emerges. Pew survey results indicate that only 21 percent of adults say, “the trend toward more mothers of young children working outside the home has been a good thing for society.” And only 12 percent of mothers say “having a mother who works full time is the ideal situation for a child.” These findings coincide with a persistent increase (since 1994) in the percentage of high school seniors and young adults who espouse the traditional ideal of fathers as breadwinners and mothers as primary caregivers.

Millennial mothers and the “traditional trend”

As Ashley McGuire insightfully notes, in a world where women feel more free to “choose what works best for our families and ourselves,” millennial mothers are actually “trending” more traditional. With “technology’s evolution,” many are finding ways to “join tradition with innovation” in contributing economically to their families while prioritizing care of their children.

Religion and marriage – the happiest of combinations

To them, their husbands’ commitment matters deeply, and it shows up in more meaningful ways than how equally they do the same tasks. It shows up in how emotionally attentive, invested and committed he is to his wife and children, including how he appreciates what she uniquely offers in the care of her family. As other recent research found, for husbands especially, “religion was associated with more positive relationship interactions including less conflict, greater commitment, and more frequently doing kind ‘little things’ for their wives.” That is the kind of relationship that makes women happiest.

This article first appeared in the Deseret News.