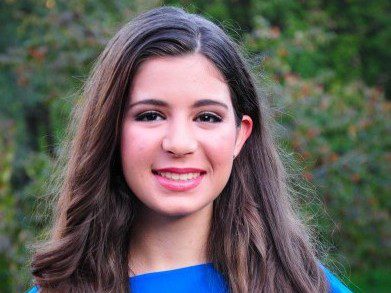 Samantha Jones, a high school student in New Jersey, is standing up for her right to recite Pledge of Allegiance in full. Samantha and her family asked a state judge Wednesday to dismiss the American Humanist Association’s latest attempt to remove the words “under God” from the Pledge.

“I’ve been reciting the Pledge since preschool, and to me the phrase ‘one nation under God’ sums up the history and values that have made our country great,” said Samantha Jones, a senior at Highland Regional High School. “I think it’s empowering to know that, no matter what happens, I have some rights the government can never take away. No student should be silenced just because some people disagree with timeless American values.”

This is the second time the atheist group, the American Humanist Association (AHA), has asked a state court to declare the federal Pledge illegal. Their first state-level suit, raising identical claims, was unanimously rejected by Massachusetts’ highest court earlier this year.

When the Jones family found out about the lawsuit against the Pledge, they intervened to defend their children’s rights. They are represented by the Becket Fund for Religious Liberty. Historic defenders of the Pledge like the Knights of Columbus, the world’s largest Catholic fraternal organization, and the American Legion also intervened in the case.

“The American Humanist Association may be allergic to the word “God” but that doesn’t mean everyone else has to sneeze,” said Eric Rassbach, Deputy General Counsel for the Becket Fund for Religious Liberty. “The Pledge of Allegiance summarizes our nation’s political philosophy; it’s not a prayer or a religious creed and it doesn’t magically create an official state religion. We’re confident that New Jersey’s courts will stand against this blatant attempt to censor American values.”

The Becket Fund has successfully defended the Pledge of Allegiance at the federal and state level, over and over again. Courts have pointed out that the Pledge is a voluntary patriotic exercise that teaches American history and civics, and that no schoolchild is required to recite the Pledge.

I was in sixth grade when "under God" was added to the pledge. That would be in 1954.

Does anyone remember when the words "under God" were added to the pledge?