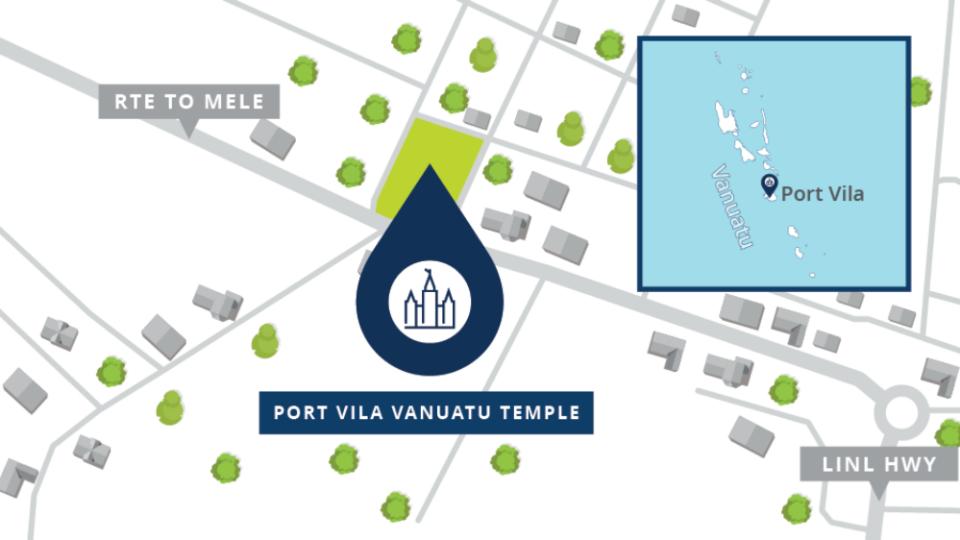 The Port Vila Vanuatu Temple, which was announced on October 4, 2020, by Church President Russell M. Nelson, will be built on a 1.62-acre site located at Blacksands Crossroads, on the site of the Blacksands meetinghouse in Port Vila, Vanuatu. Plans call for a single-story temple of approximately 10,000 square feet with an end-spire. An ancillary building will also be constructed and will include an arrival center, patron housing and a distribution center.

This will be this country’s first temple. There are more than 10,000 Latter-day Saints in Vanuatu who worship in around three dozen congregations.

The Tarawa Kiribati Temple, which was also announced on October 4, 2020, by Church President Russell M. Nelson, will be built on a 0.80-acre site located at Ambo, South Tarawa, Kiribati.