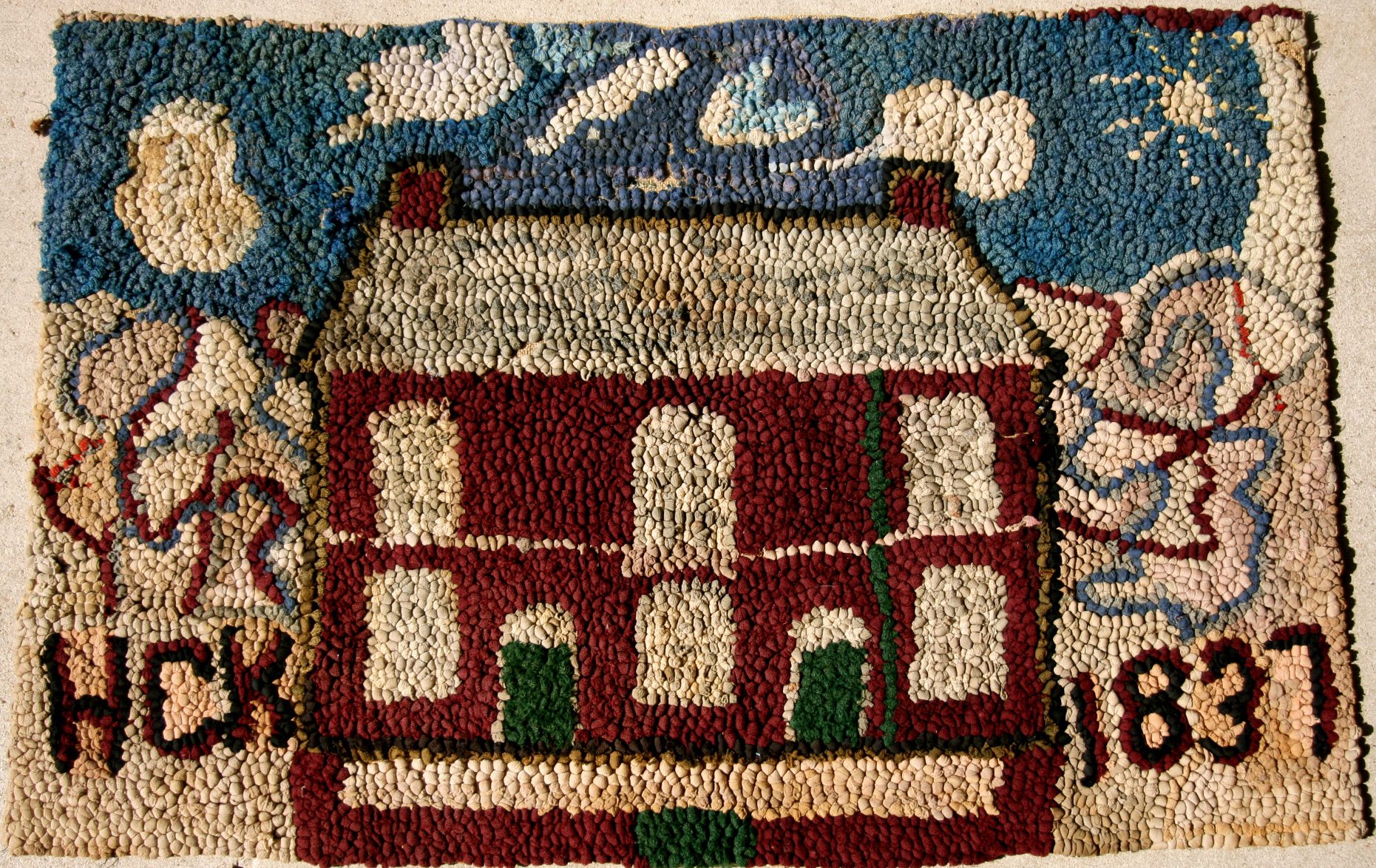 Earlier this year, my 12 year-old daughter Emma volunteered me to speak at her Career Day at school. When her teacher asked what my profession was, she replied, without hesitation, “Treasure Hunter!”. Surprised, her teacher then asked, “What kind of treasure? Sunken ships?” “No” my daughter responded. “My dad travels around the world looking for rare historical books and documents—kind of like Nicolas Cage. That’s what I want to do when I grow up.”

In fact, if my life were a movie, it would be part Indiana Jones, part National Treasure and part Sherlock Holmes. That is, of course, if you edit out mowing the lawn, going home teaching and helping the kids with homework.

In the past twenty-five years, I’ve traveled over 1.5 million miles–to 45 of the 50 states, all over Europe and to North and South America tracking down treasures. I often travel at a moment’s notice. And occasionally, if I’m lucky, I get to take my wife and/or kids along for the adventure.

I’ve tracked down hundreds of items over the past two decades. Many of these books, documents and artifacts have a very interesting story to go along with them. I plan to share these stories in a regular column with Meridian Magazine.

I have a fond place in my heart for Heber C. Kimball, one of the early Apostles of the Church. I first remember hearing the story of how many of my Moon family ancestors were converted by Elder Kimball while he was on his first mission to England. And that is where our first story begins.

Orson F. Whitney, in his wonderful biography The Life of Heber C. Kimball, begins our story:

“On Sunday, the 4th day of June, 1837,” says Heber C. Kimball, “the Prophet Joseph came to me, while I was seated in front of the stand, above the sacrament table, on the Melchizedek side of the Temple, in Kirtland, and whispering to me, said, ‘Brother Heber, the Spirit of the Lord has whispered to me: “Let my servant Heber go to England and proclaim my Gospel, and open the door of salvation to that nation.” ‘ “

The thought was overpowering. He had been surprised at his call to the apostleship. Now he was overwhelmed. Like Jeremiah he staggered under the weight of his own weakness, exclaiming in self-humiliation: “O, Lord, I am a man of stammering tongue, and altogether unfit for such a work; how can I go to preach in that land, which is so famed throughout Christendom for learning, knowledge and piety; the nursery of religion; and to a people whose intelligence is proverbial!”

“Feeling my weakness to go upon such an errand, I asked the Prophet if Brother Brigham might go with me. He replied that he wanted Brother Brigham to stay with him, for he had something else for him to do. The idea of such a mission was almost more than I could bear up under. I was almost ready to sink under the burden which was placed upon me.

“However, all these considerations did not deter me from the path of duty; the moment I understood the will of my Heavenly Father, I felt a determination to go at all hazards, believing that He would support me by His almighty power, and endow me with every qualification that I needed; and although my family was dear to me, and I should have to leave them almost destitute, I felt that the cause of truth, the Gospel of Christ, outweighed every other consideration.

Elder Kimball was a man of faith. A little over a week later, without purse or scrip, he and his companions began walking towards England! It was a difficult journey. However, after much hardship, six weeks later Heber C. Kimball and his companions arrived in Liverpool on July 19th—just seven weeks after Joseph Smith had first spoken to Heber C. Kimball in the Kirtland Temple about going to England.

Heber C. Kimball was so excited upon their arrival, that he leapt from the ship and waded ashore becoming the first Latter-day Saint to set foot in England. After their arrival in Liverpool, these missionaries waited several days for their luggage to clear customs. Rather than stay in Liverpool, they decided to make their way to Preston, where Joseph Fielding’s brother lived. After securing living accommodations, these new missionaries made plans to attend church services that first Sunday.

On Sunday, July 23, Elder Kimball and several other elders sat in Vauxhall Chapel, in Preston, England.  This was not an ornate Anglican Church like Westminster Abbey—rather a humble two-story building with two doors, two chimneys and six windows. The chapel belonged to the Reverend James Fielding, brother to one of the elders.  Elder Kimball said, “We sat praying to the Lord to open the way for us to preach.  The door was opened.  Without any request for the privilege, Mr. Fielding announced that an Elder of the Latter-day Saints would preach at three o’clock in the afternoon” That afternoon, Heber C. Kimball declared that, “…an angel had visited the earth and committed the everlasting gospel to man”.  Unknown to Elder Kimball, some of the congregation had seen, “dreams and visions of the very men whom the Lord had sent into their midst.  Heber C. Kimball, especially upon his arrival in Preston was recognized”.

“I had the pleasure, about 9 a.m., of baptizing nine individuals and hailing them brethren and sisters in the kingdom of God. These were the first persons baptized into the Church in a foreign land, and only the eighth day after our arrival in Preston.

A circumstance took place which I cannot refrain from mentioning, for it will show the eagerness and anxiety of some in that land to obey the Gospel. Two of the male candidates, when they had changed their clothes at a distance of several rods from the place where I was standing in the water, were so anxious to obey the Gospel that they ran with all their might to the water, each wishing to be baptized first. The younger, George D. Watt, being quicker of foot than the elder, outran him, and came first into the water.”

Heber C. Kimball must have been very pleased with the success that he enjoyed early in his mission. His wife Vilate was made aware of this success through letters written by her husband. Knowing how much this meant to her husband, at some point Vilate decided to make a hook rug [pictured] for her husband Heber. The oral history from the Kimball family states that Vilate Kimball, wife of Heber C. Kimball, made this hook rug in commemoration of the first sermon preached in England by her husband in Vauxhall Chapel on July 23, 1837.

This is one of the earliest surviving Mormon handicrafts. This tapestry/rug measures approximately 22” X 34” and depicts Vauxhall Chapel in the center with the initials “HCK” [Heber C. Kimball] on the left and the year “1837” on the right.

This precious artifact tells another side to the miraculous mission of Heber C. Kimball and his companions to England in 1837—which was the love and support of a wife thousands of miles away. One can imagine Vilate Kimball, with very little means of support, gathering the scraps of cloth for this hook rug. I’m not sure of the exact date that Vilate made this hook rug. However, the hemp backing dates this artifact to the Kirtland-Nauvoo period of Church History.

This hook rug would have been in the Kimball’s home in Nauvoo and one of the few items taken with them when the Mormons were forced from Nauvoo in 1846.  I acquired this precious artifact in 2009. It is a beautiful reminder of the sacrifice and love shown by so many of the early saints.

Reid N. Moon is the owner of Moon’s Rare Books in Provo, Utah. He and his wife Melanie and their four younger children live in Allen, Texas where Reid teaches Sunday School in the Allen 4th Ward. Reid and his family plan to move to the Provo area this summer [2015].

Wonderful article! Can't wait for the next one!

Thank you for this wonderful article - am really looking forward to reading future ones!!