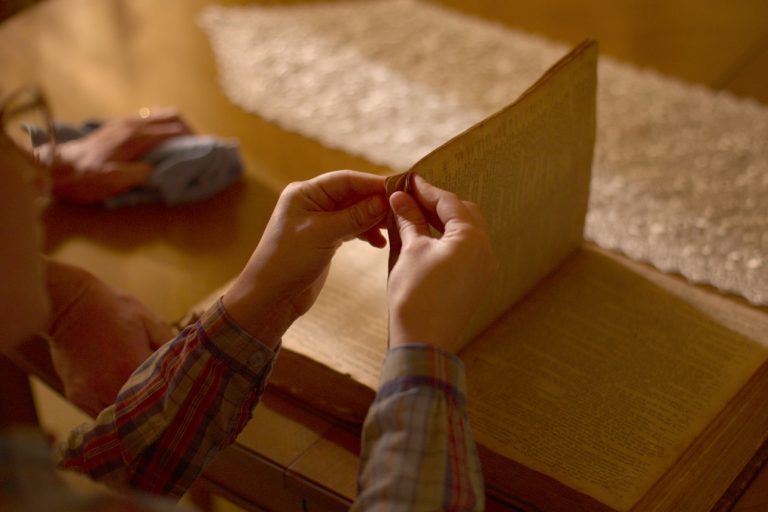 The following is excerpted from NBC News. To read the full article, CLICK HERE.

One of the most audacious and devious forgers in U.S. history, Mark Hofmann spent the early 1980s deceiving (and ripping off) individuals and organizations with never-before-seen documents and letters. His victims included the Library of Congress, other parts of the U.S. government, scores of private collectors, the Church of Jesus Christ of Latter-day Saints and his own business partners — who lost everything because of him.

And yet, the title of Netflix’s new documentary about his crimes doesn’t reference his prolific time as a forger; it’s not called “Lying to the Library of Congress” or “Forging the Founding Fathers.” It doesn’t even, as such true crime documentaries often do, reference Hofmann’s own name.

Instead, the documentary, created by Jared Hess (“Napoleon Dynamite”) and Tyler Measom (“Jesus Town, USA”), is called “Murder Among the Mormons.” It’s currently on Netflix’s “Top 10” list all over the United States.

While both filmmakers swore to Esquire that they “didn’t have an axe to grind” with the church, it’s clear that even if they didn’t intend to lean in to stereotypes about those of the Mormon faith, they certainly didn’t shy away from them — even though Hofmann, born to a longtime Mormon family, was an avowed atheist who allegedly took pleasure in deceiving members of his former faith.

For instance, the filmmakers present Mormon beliefs to their viewers by showing clips from a 1970s kooky educational film. They intersperse footage the Salt Lake Temple or Church Office Building headquarters — as well as video clips of Mormons speaking from a pulpit, playing a board game, walking into a church meeting house, teaching lessons in the home, doing missionary work or singing hymns — against dark moments in the story full of ominous music.

Sadly, continued misrepresentation of the church will be even greater as we approach the second coming of our Savior, and persecutions will increase. I appreciate your review of this program. The goal of the producers was an obvious attempt to cast a shadow on the church with the media's consistent "Drama-Queen" approach. While it is good to shine a light on these twisted and false portrayals of the church, I am often reminded of Lehi's statement regarding those who were mocking from the large and spacious building. He said, "We heeded them not." Those who criticize the church will blow away like chaff in the wind. There are so many, even in recent times, who have come out in open defiance against the church and most people cannot even remember their names. Kate WHO???

"This documentary is almost less about Hofmann than it is about Mormonism and not in an even-handed or even educational way. The Church of Jesus Christ of Latter-day Saints, which is a minority religion in the United States, has been targeted and misrepresented too many times already" ...Couldn't have said it better myself. I'm so tired of the cringe-inducing portrayals of my religion. I'm so disappointed in Jared Hess. His talent is wasted. For someone who likes to be original, he took the easy road on this one.