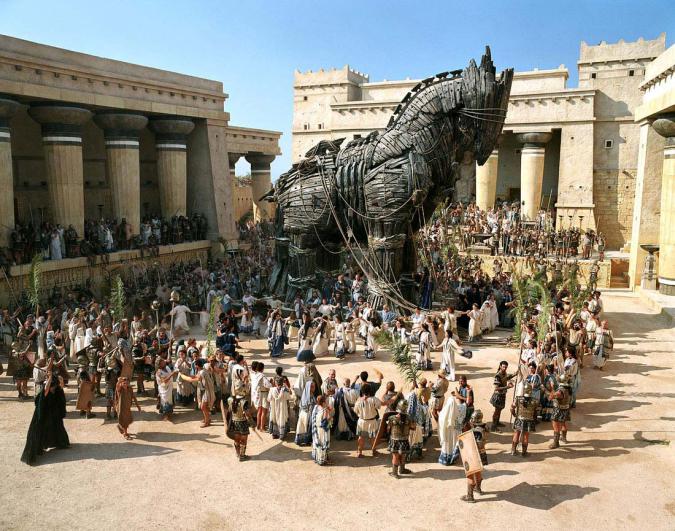 Net Neutrality: A Trojan Horse to Mask Loss of Freedom

I believe the arguments for net neutrality to be a Trojan horse that masks serious threats to the freedom of press and speech. By focusing on issues regarding access to the internet and calling for this very ambiguous “right of net neutrality,” the new Federal Communications Commission (FCC) and Federal Election Commission (FEC) regulations will move the internet from a vast arena of freedom of publication and expression into a regulatory world that will judge net publications as “just and reasonable,” “hate speech,” or “in kind political donations.”[i]

I have worked as a software developer in the area of artificial intelligence for over 40 years in several companies including startups. If anyone doubts that the Internet is prospering due to freedom instead of government regulation, remember how the Internet was ten or twenty years ago vs. today. Compare the Internet innovations led by the US vs. the European internet with its omnipresent government telecom regulation burden.[ii]

The arguments for net neutrality are a distraction to justify the new regulations that will now consider the internet not in terms of freedom of press and expression but in ways similar to the licensing of broadcasting stations.[iii] Many argue that the internet cannot be bottled up because of its worldwide reach and flexibility and that these regulations are no cause for concern.

However, the issue is not where in the world you are publishing from or where in the world your site is hosted from. With extensive oversight authority now over the internet and individual web sites, breeches of behavior standards established by government regulators can result in control over or shutting down web sites that are deemed offensive, biased or politically incorrect. The new regulations give “FCC regulators the power to decide what content on the Internet [is] ‘just and reasonable.’” How is that for an ambiguous phrase ready to tie up the courts in lawsuits and stifle innovation and investment?

“The Internet is a global and borderless network with nearly 3 billion users, but individual governments are undermining the Net’s foundation by extending the reach of their local laws to Internet companies worldwide. Europe’s highest court shocked the technology industry last week by ruling that Internet search engines must self-censor search results in certain circumstances to comply with the EU’s data privacy law. And last month, Brazil foisted different data privacy rules on any Internet company with one or more Brazilian users (regardless of the company’s geographic location). This ever-growing thicket of Internet regulations threatens the free and open Internet as we know it.”

“Republicans invoked Star Wars’s evil galactic emperor in their attacks on new broadband regulations on Friday, warning that the public and Silicon Valley were in for an unpleasant surprise. Quoting Emperor Palpatine, Republican Ajit Pai, a member of the Federal Communications Commission (FCC), said: ‘Young fool … Only now, at the end, do you understand.’”

“Of all the government interventions by the Obama administration, the plan released Thursday by the Federal Communications Commission to regulate the Internet is the worst.

“Yes, ObamaCare is massive and is clogging one-sixth of the economy. But even before ObamaCare, government had a huge imprint on the health care industry with Medicaid and Medicare. Also, regulations on pharmaceutical and insurance industries led to their energies being focused as much on pleasing government bureaucracies as curing illnesses.

“But the Internet is young, fresh, alive and untainted. The FCC’s plan to muddy the pure waters of the Internet pollutes the one free flow of information on the planet. And what hurts as much as witnessing the pollution of the Internet with bureaucratic interference? With the exception of the Republican FCC commissioners, most are being blasé about the whole thing.”

I am a licensed Ham Radio operator and are controlled by the FCC. The regulations do require me to use proper identification procedures, not use vulgar language, and use courtesy while giving help those with real emergencies. I do not find that it prevents me from discussing any particular opinions with those whom I contact. Licensing is only a help in that way. We stand by with the capabilities to be of service for emergencies when the cell phones, land lines and internet are down in large scale disasters. Most are backed up with extra batteries or generators to provide that service and can reach out to connect to other lines of communication outside the disaster areas it is a genuine service to the world. And works well because of government rules. I feel there is a real danger with the Internet Providers being the final gate keepers for the end of the line in your computer service to control who gets to have the fast lane to reach you with their message and who will have to go through the slow lane because they haven't paid a fee to the IP. The message of some will be lost because they have a slow lane and their message delayed and so will be lost unless they pay more to the IP. I think we need to have control over that issue and regulations are needed to have everyone on the same high speed rather than a corporate pay to play.

I am a firm proponent of First Amendment rights, but I do not agree that Net Neutrality legislation and regulation will be a breach of those rights. This is based on history with phone company regulation already in place, and other regulatory provisions in the law, as with TV and radio stations through the FCC, food and drugs through the FDC, Wall Street through the SEC, etc. While I also prefer smaller government, I nevertheless see that some regulations do protect American citizens. It can be a fine line between how much is too much regulation versus not enough, but I suggest that Net Neutrality legislation need not be any more an invasion of rights than the above regulations that clearly help us. Laws also prevent us from killing each other and stealing each other's property. Is that a loss of freedom? No, it is a warranted protection. I believe an open internet, free from pay-to-play corporate stratagem, best serves the greatest number of people and actually, in the end, thereby protects free speech.