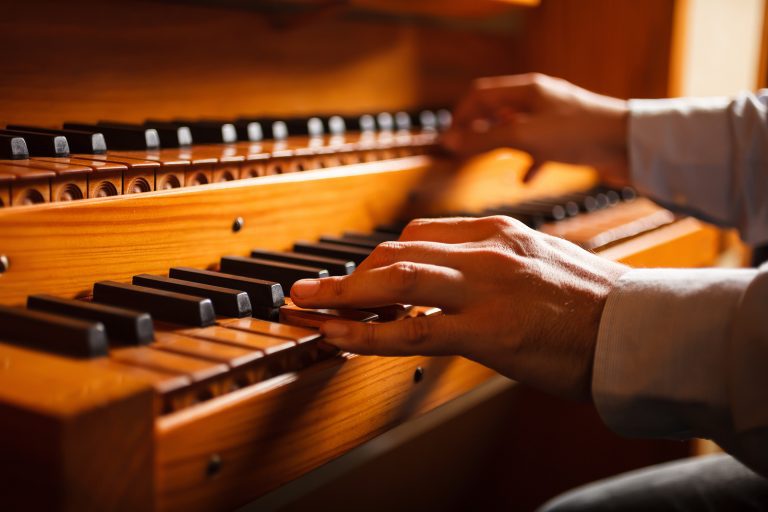 Colin Collette led worship at the Holy Family Catholic Community for 17 years, but his personal life wasn’t exactly in harmony with the church’s teachings. Three years ago, when Collette announced his same-sex engagement, leaders at Holy Family had no choice but to let the music director go.

It was a difficult decision, especially for someone who’d been a part of the parish for so long. Still, Cardinal Francis George said in a statement, Colin was participating “in a form of union that cannot be recognized as a sacrament by the Church.” Hurt and angry, Collette sued the Archdiocese of Chicago for his job back, arguing that he deserved equal rights in the workplace. But this is, as the Supreme Court has pointed out, no ordinary workplace. It’s a church, where members – and more importantly, ministers — are guided by specific moral beliefs.

The reality is, Collette was treated the same way as a heterosexual would have been for entering a “non-sacramental marriage.” In the end, the conflict between Collette’s personal and professional life doesn’t just hurt Colin, it hurts the church’s witness. As the Catholic Church’s synod of bishops has said, “We need to acknowledge the great variety of family situations that can offer a certain stability, but de facto or same-sex unions, for example, may not simply be equated with marriage. No union that is temporary or closed to the transmission of life can ensure the future of society.”

When the case went to court in April, Judge Charles Kocoras didn’t have to deliberate long. The U.S. Supreme Court’s ruling in the case of Hosanna-Tabor made it clear that it’s the “right of religious organizations to control their internal affairs.” In fact, as Chief Justice Roberts wrote, meddling in the church’s business “intrudes upon more than a mere employment decision. Such action interferes with the internal governance of the church, depriving the church of control over the selection of those who will personify its beliefs.”

Here, Kocoras wrote, “the evidence is overwhelming that Collette’s positions at the Parish were critical to the spiritual and pastoral mission of the church Defendants argue that Collette’s position as Director of Music made him a key ministerial employee of the Parish. We agree. As the Seventh Circuit noted in Tomic v. Catholic Diocese of Peoria, ‘Music is a vital means of expressing and celebrating those beliefs which a religious community holds most sacred.’ By playing music at church services, Collette served an integral role in the celebration of mass. Collette’s musical performances furthered the mission of the church and helped convey its message to the congregants. Therefore, Collette’s duties as Musical Director fall within the ministerial exception.”

For religious liberty, it may be one of the most important cases the media isn’t talking about. Above all, it reminds the government that that the First Amendment wasn’t meant to protect the government from religion, but to protect religion from government.

FRC’s Travis Weber cheered the ruling, which follows on the heels of SCOTUS’s church-affiliated hospital decision earlier this month. Travis thinks Kocoras’s opinion is just as significant. “The principle that government should not interfere in religious organizations’ internal decision making has long existed in our law — for good reason. When a religious organization decides how its faith impacts its practice, it’s exercising this long-held freedom of autonomy, which is the oxygen of our free society. This freedom is something we must guard very carefully, as it is necessary for our country to continue to thrive.”

Our civilization is walking that fine line with The stabdards of Sodom. When society forces Gods followers to embrace wickedness, thats when the cup of iniquity runs over and it is then that the judgements of God are poured out. Same sex marriage is not new. There is even dence outside the bible about the cannanites and egyptians that they participated in same sex marriage and ultimately, God commanded the israelites to destroy them and not partake of their statutes. Prophets today warn us about the disintegration of the family will bring the calamities fortold by agent and modern prophets. New testament era rabinical commentary on the torah (genesis midrash rabbah which consists of oral traditions eventually written down, regardless, it represents jewish thought at the time) states the final straw in noahs society was gay marriage and 2nd enoch confirms this thinking. Why is this significant? Luke 17:26 And as it was in the days of Noe, so shall it be also in the days of the Son of man. 27 They did eat, they drank, they married wives, they were given in marriage, until the day that Noe entered into the ark, and the flood came, and destroyed them all. 28 Likewise also as it was in the days of Lot; they did eat, they drank, they bought, they sold, they planted, they builded; 29 But the same day that Lot went out of Sodom it rained fire and brimstone from heaven, and destroyed them all. 30 Even thus shall it be in the day when the Son of man is revealed.