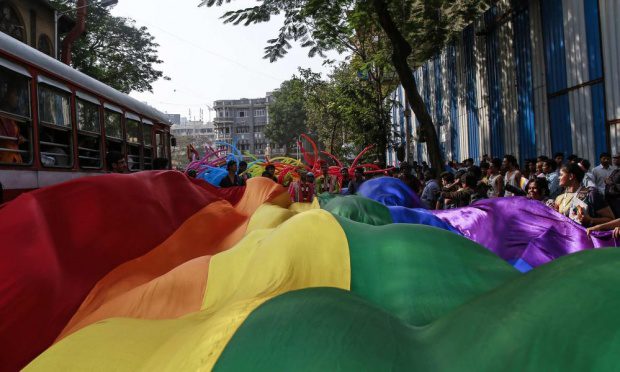 The following was published in The Guardian. To see the full article, click here.

A former Salt Lake City police officer who was put on leave and later resigned after he objected to riding in the motorcycle brigade at the front of last year’s gay pride parade is speaking out against what he believes was a violation of his religious liberties.

Eric Moutsos, 33, said on Wednesday that he was unfairly branded a bigot despite simply asking to swap roles and work a different part of the parade in June 2014. Moutsos, a Mormon, says he felt uncomfortable doing what he considered celebratory circles with other motorcycles leading the parade because of his religious views. But he said he never refused to work the parade.

Salt Lake police department officials stand behind their decision to put Moutsos on leave, saying any hint of personal biases can affect an officer’s ability to do the job.

In an interview with the Associated Press, Moutsos said he was coming out with his story now to be a voice in a national debate about how to safeguard religious beliefs while protecting LGBT rights.

He said he decided to come forward after months of silence after he listened to leaders with the Church of Jesus Christ of Latter-day Saints announce a campaign last month calling for new laws that protect LGBT people from discrimination while also protecting people who assert their religious beliefs.

"Salt Lake police department officials stand behind their decision to put Moutsos on leave, saying any hint of personal biases can affect an officer’s ability to do the job." This literally means that no one can serve as a police officer, because everyone has personal biases, especially those that put Moutsos on leave. Their personal bias causes them to target police officers with religious convictions. He also didn't say he wouldn't work the parade or protect everyone in the parade.