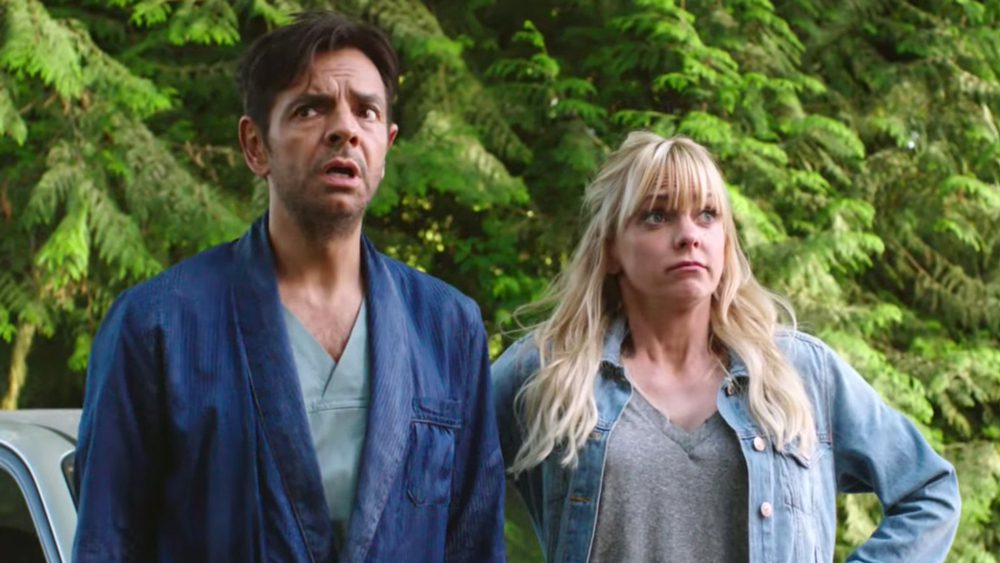 A house-cleaner poses as an amnesiac’s wife to get revenge on his previous cruelty, only to have a crisis of conscience.

It has been many years since the original Gary Marshall movie Overboard hit the big screen, starring Kurt Russell and Goldie Hawn, but it’s generally remembered as a charming rom-com. The good news is that there is some charm to this remake, but the bad news is that it’s not a great movie. There is a funny running gag about Mexican soap operas, which is ironic considering that this new version kind of feels like a goofy 1980’s Mexican soap opera.

Eugenio Derbez is always delightful as the leading male role. He’s super popular in Mexico and gaining notoriety in the USA. I can see why. Unfortunately, the chemistry between Eugenio Derbez and Anna Faris isn’t very convincing. Of course, Goldie Hawn and Kurt Russell were an actual couple when they filmed the original Overboard, so their chemistry was undeniable. Anna Faris is probably best known for her roles in the Scary Movie franchise. Unlike her ex-husband Chris Pratt, she tends to choose movie scripts that end up bombing at the box office. She’s extremely likable and capable in this film.

Fans of The Last Man on Earth: Season 1 will get a kick out of seeing Mel Rodriguez. In a movie filled with wacky gags and slapstick humor, I thought it was insightful to include a short, yet deep scene where some men talked about how they felt like they were just a paycheck to their wives. The youngest daughter, played by Payton Lepinski, is so adorable.  I’d like to see her in more films. It’s always good to see Eva Longoria.

Director and writer Rob Greenberg was trying to bring something fresh to the remake by switching the gender roles and adding a Latino element to the story. Keep watching when the rolling credits run at the end of the movie for some additional clips.

Overboard is rated PG-13. Things to be aware of: