Mormon Moviegoers: Is Avengers: Infinity War Too Intense for Your Family? | Meridian Magazine 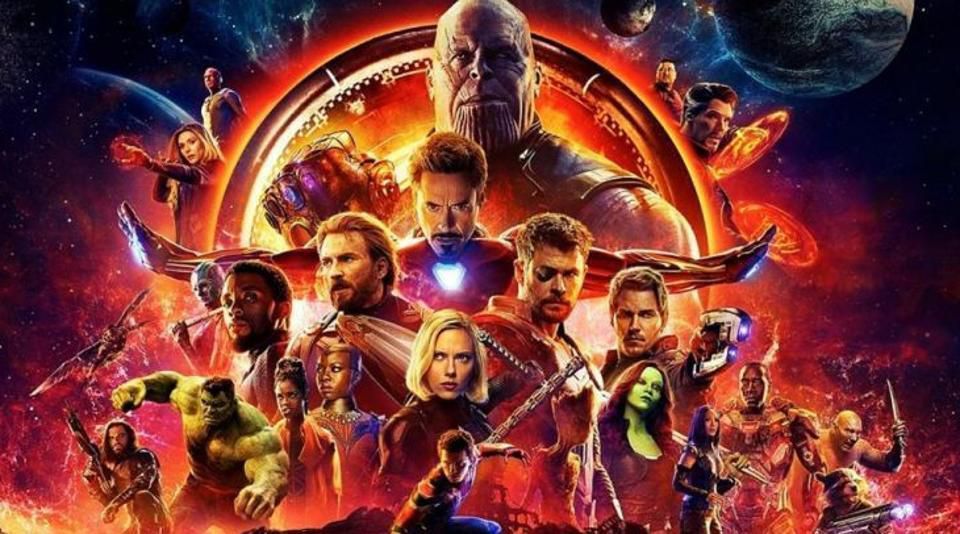 Mormon Moviegoers: Is Avengers: Infinity War Too Intense for Your Family?

The Avengers team up with the Guardians of the Galaxy to battle Thanos and his quest to balance the universe through genocide.

Manage your expectations. Not about the film’s quality, mind you; it’s very good. In fact, given the sheer number of characters to juggle, it’s beyond impressive. It should have been a disaster, but in the capable hands of the Russo Brothers (Captain America: Winter Soldier and Captain America: Civil War) it’s better than it has any right to be. No, I recommend that you manage any expectations about this being a fist-pumping, crowd-pleasing romp. It has those moments, along with the stunning action and wonderfully comedic character beats we’ve come to expect. But there’s a heaviness here, an element of tragedy, that will hit you right in the feels.

Keep in mind that, while Infinity War has a complete story arc, there’s a final Avengers movie coming next summer. There’s more in store from Marvel Studios, and I spoil nothing to say that this next year will be very, very interesting. Knowing that the story will continue kept me from disappointment and left me, instead, with mind-blown anticipation for what’s ahead. Marvel storytelling has reached absolute unpredictability, and I love being surprised. As always, stay through the end credits for the bonus scene hinting at the next adventure.

As for this film, the characters are all well-served and well-acted. I need not comment on the artistry; it’s at the top-shelf level fans have come to expect. I grade on a curve here; I would actually give the film a B+, but I have so much respect for the momentous task of fitting all these puzzle pieces (story elements and characters) together. The truth is the film has some pacing problems throughout the first two acts because there’s just so much going on. There’s no way to have as much time with these beloved characters as we want, because there’s just so many of them. The third act is excellent.

As for Thanos, he always struck me as cartoonish (in the worst way) in his previous cameos and in the promos for this film. I still think his “look” doesn’t translate 100% from comics to live-action, but that being said the final CGI is far better than I thought it would be. What really elevates the character is Josh Brolin’s performance capture, along with the complexity with which Thanos is written. There’s real menace, real emotion, and a well-rounded portrayal with relatable motivations. I wasn’t fully sold on Thanos as the “end game” villain; now I am. While I still think Killmonger from Black Panther is Marvel’s most interesting antagonist, Thanos is definitely the most frightening.

Well played, Marvel. You’ve got me begging for mercy and I love it. I trust you’ll stick the landing. Bring it on.

Avengers: Infinity War is rated PG-13. There are a handful of moderate profanities (SOB, a-hole, sh–, etc) and plentiful death, torture, and action violence. While the gun violence in Winter Soldier is probably the harshest in the Marvel Cinematic Universe because it feels so real, this film has the highest onscreen body count of the MCU. Minor spoiler: some beloved characters die onscreen, which will be traumatic for many children. If there’s any question about how your kid will take it, see it without them first. There is no sex or nudity.

Heroes are willing to give their lives to protect others (see John 15:13). Most people who do terrible things think that they’re doing good and don’t see themselves as monsters (see Alma 54:15-24). Revenge is not as good of a motivator as love. Real war is not cool; like in the film, there is a terrible cost (see Mormon 6).

For another depressing/inspiring film with Don Cheadle, check out Hotel Rwanda! Okay, pairing it with a Marvel flick is a stretch, but it deserves more love. Wonderful movie. Rent/buy it here.

Jonathan Decker is the clinical director of Your Family Expert. He is a licensed marriage and family therapist, husband, and father of five. Jonathan earned a masters degree in family therapy from Auburn University as well as a bachelor’s degree in clinical psychology from Brigham Young University. He is an actor, author, and television personality.

Haze, it's supposed to be offensive. He's the villain. There's another Avengers coming next summer where the heroes will likely triumph over Thanos and his ideology.

I didn't like the persistent theme of "if we kill off half of the world's population the Earth would become a healthy, good place to live and be able to sustain itself." And the closing scene of the "bad guy overlooking a beautiful, paradisaical valley after half of the actors disintegrate" reinforces that idea. Even if the "bad guy" has just done time travel back to when his home world was still beautiful and livable, still uncomfortable theme for me. In an era where many do not really believe in the huge numbers of murders of the Holocaust (millions upon millions) the idea that killing as a way to preserve the species, the earth is offensive to me!