Mormon leaders to Oregon militia: Your religion isn’t with you | Meridian Magazine 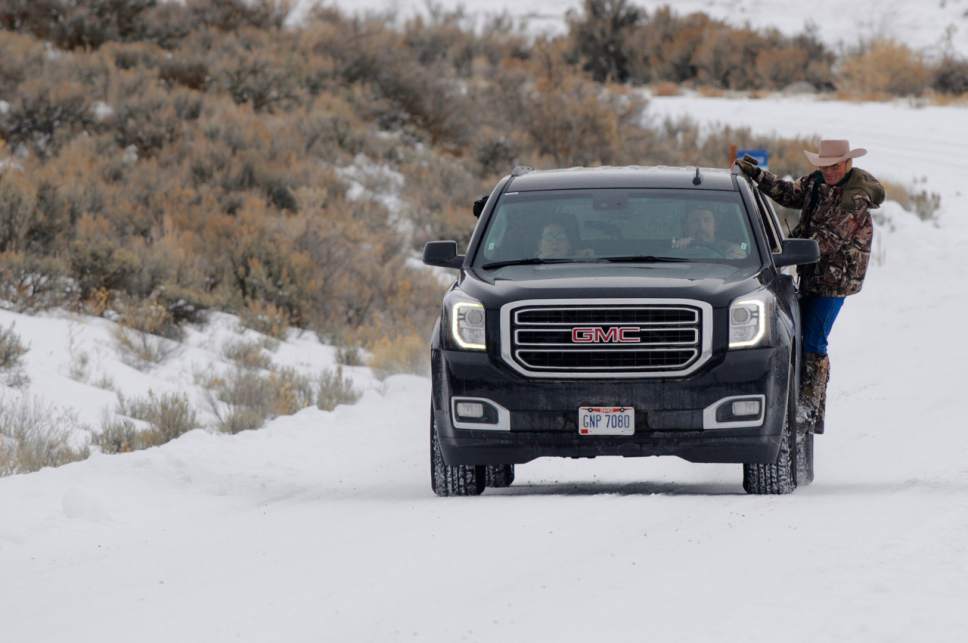 Mormon leaders to Oregon militia: Your religion isn’t with you

“If Ammon Bundy and other Mormons involved in taking over a federal wildlife refuge in Oregon believe their religion is backing them, they should reconsider,” the Salt Lake Tribune warned in a recent article.

The piece written by Peggy Fletcher Stack, highlighted the key portions of the Church’s official response to the actions taken in Oregon, including and especially the sentiment that, the leaders of The Church of Jesus Christ of Latter-day Saints “strongly condemn the armed seizure of the facility.”

The Utah-based faith’s statement, posted on mormonnewsroom.org, also links to a 1992 speech by senior LDS apostle Dallin H. Oaks, a former Utah Supreme Court justice, in which he warns against “excessive zeal” in creating so-called militias.

“I caution those patriots who are participating in or provisioning private armies and making private preparations for armed conflict,” Oaks said in the address given at church-owned Brigham Young University in Provo. Such people “risk spiritual downfall as they withdraw from the society of the church and from the governance of those civil authorities to whom our 12th article of faith makes all of us subject.”

Mormons involved in the Oregon protest include Ryan Bundy and brother Ammon, apparently named after a figure in the Book of Mormon. Another militia member dubs himself Captain Moroni, a warrior in the LDS faith’s signature scripture.

They are sons of Nevada rancher Cliven Bundy, who made headlines in 2014 after an armed standoff with U.S. authorities over grazing on federal land. The elder Bundy mentioned his family’s LDS faith, but his sons have made their religion more explicit in the latest dispute.

The Bundy's are ill informed and poor examples. Ammon laid down his arms and served King Lamoni. Ammon honored the leadership of the Lamanites he served without being obnoxious or combative. The Bundy's are just publicity hounds using terrorist tactics to steal from the people. They use public lands but have refused to pay grazing fees. In Oregon, no one asked them to come create a media circus. The two ranchers who the Bundy's say they are supporting eschewed the Bundy's. The land they are occupying was purchased by the Federal goverment with our taxes. It is the people's land not available to be abused and locked down by "ranchers, farmers and loggers" as the Bundy's propose. The Malheur Reserve is a public treasury where bird species that are struggling find respite and where birders like myself come to enjoy their beauty. The public private partnership on the Reserve is outstanding. Ranchers harvest the grass hay on many fields in the Reserve to use in their animal culture efforts. My opinion is that the Bundy's citing their religion as the impetus for this hateful and illegal tirade is just wrongheaded.

Great article. This "Patriot Extremism" is the kind of thinking that will lead you away from the light and truth. If you cannot humbly listen to our prophets while here, still in Babylon, for sure you won't become the Zion people you need to be to receive the Lord in His holy mountain. The wisdom in the advise and warning cannot be any more clear. “LDS apostle Dallin H. Oaks, a former Utah Supreme Court justice, in which he warns against “excessive zeal” in creating so-called militias risk spiritual downfall as they withdraw from the society of the church and from the governance of those civil authorities to whom our 12th article of faith makes all of us subject.” If you insist that you know better than the leaders appointed by the Lord...then you are in spiritual trouble. Continue in your pride, and soon you will be among the apostates prophesied in these last days. I see nothing good coming your way unless you open your eyes and ears to the reality of the spiritual situation you are putting yourself in, because with this kind of thinking, truly you are a house upon the sand.