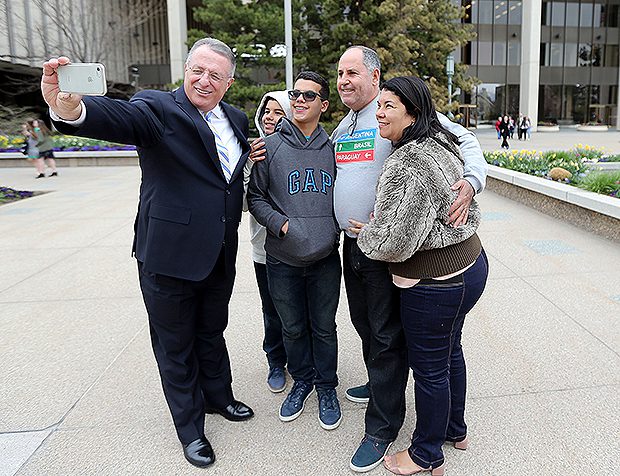 A son of South America now sits for the first time in the Quorum of the Twelve Apostles.

That historic fact works as a first-day news headline—and Elder Ulisses Soares is quick to say he’s grateful to hail from a land “where the gospel is growing and the Lord is bringing so many blessings to our people.”

But the 59-year-old said he won’t be compartmentalized. His apostolic calling, he said, knows no borders. Like his counterparts from ancient and modern days, his new ministry is a global charge.

“I was called to be a servant, a representative of Jesus Christ, and Apostle,” he said a few days after he was sustained to the Quorum of the Twelve Apostles on March 31. “It so happens that I am Brazilian and from South America—but I could be from anywhere in the world.”

Elder Soares was settling into his new office at the Church Administration Building when he spent a few minutes with the Church News. While reflecting on his new, worldwide calling he uttered the word “overwhelming” several times.

Seated at his side was his wife, Rosana Fernandez Soares. They served at the same time in the Brazil Rio de Janeiro Mission and began dating following a chance meeting at a stake dance in São Paulo after Sister Soares had completed her missionary service.

Their partnered dedication to the Lord has defined their adult identities. The couple rarely says “I” and “me” when discussing their respective lives—opting for the pronouns “we” and “us.

“We feel very unqualified, but we will do what the Lord asks us to do,” he said.

On this Glorious Fourth, Praise Those Who Wielded a Quill