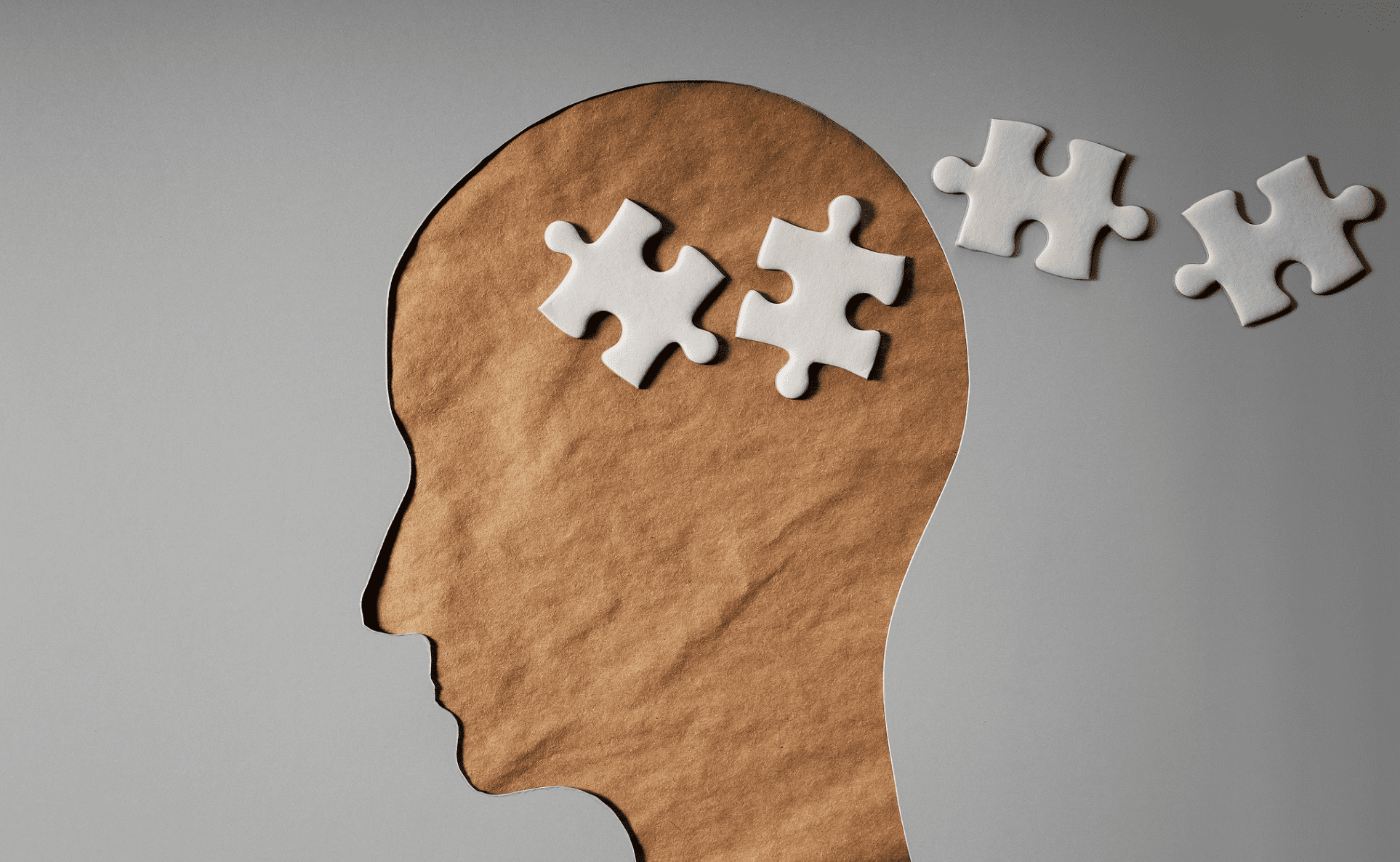 Many Questions about Dementia and Just One Answer So Far

To read more from Jeff, visit his blog, Mormanity.

An expert on senior care, Professor Thomas Kitwood, once quipped that “when you’ve met one person patient with dementia, you’ve met … one person with dementia.” The point, of course, is that every dementia patient is unique, with an endless range of variety in behavior and symptoms.

The past three years and especially the past three weeks have given my wife and me a wide variety of experiences with dementia. We have experienced very little compared to those hidden heroes of humanity who are helping a loved one every day for years, giving much of their life in complete but often unthanked service. Still, in our occasional efforts to assist others with their heavy caregiver duties, we’ve encountered incredible variety.

One woman was sweet and grateful for every little thing we did, while another was angry, demanding, and utterly implacable. Another was deeply spiritual, always speaking of her faith and the Lord, with an authority as if she were a prophetess dictating scripture for her posterity, while shortly after that I dealt with a patient who mocked the Church and my faith, cackling with sarcasm about the idiotic Mormons. One was shy and very private, unwilling to allow me as a male to assist in bathroom duties, while another was uninhibited and highly inappropriate in sexual language and flirtatious behavior.

One was quiet and demure, while another cursed constantly, apparently feeling, as many modern comedians do, that her repetitive use of profanity was wildly entertaining. One kicked, scratched, gouged, and screamed at the top of her mighty lungs with what seemed like a powerful operatic voice gone evil, while another was gentle and loved to have her hand held and her back scratched. Yet another also yelled loudly, but in exuberant joy, shouting “Hallelujah” and singing in delight when someone she loved showed up or when she ate an especially delicious and exotic delicacy such as my wife’s amazing buttered toast with a touch of honey.

One is deeply moved by beautiful music, becoming calm and even moved to tears of joy when listening to Handel’s Hallelujah Chorus, while the same music causes another to grow angry as if listening to pure noise, demanding that we “turn that cra* off!” One was noted for her passionate interest in her cats, even secretly stashing away bits of Kentucky Fried chicken wrapped in tissues under her bed, in her pockets, and elsewhere so that she could later feed her favorite food to her precious cats when her guardians weren’t watching since the vet had ordered her to not feed that greasy food to the overweight “children,” as she called them. Another knew she had pets but largely ignored them, neither feeding nor petting her once beloved felines, though she would look at them occasionally.

One is constantly on the go, demanding that we hurry, hurry, hurry and move her about or rush her into the car and take her to her birthplace in southern Utah, loving nothing more than a long drive, while another will become agitated in the car and may strongly resist getting in, even when it is necessary for a doctor visit or other purpose.

One missed her husband dearly and constantly asked where he was. Time after time after time she became solemn when I broke the bad news that he had just passed away last week, last month, or last year. Another seems to have no idea that she had been married, and one, in spite of raising six children in a long and happy marriage, suddenly “came out” this week and declared that she loved and wanted women, women, women (though it soon appeared that her orientation at the moment was actually bisexual).

Such variety among elderly people with dementia was surprising to me, especially since all of them are the same person, my mother.

I mention this with the approval of her guardian, my sister, and in a desire to know what others experience and what science might tell us, if any of you are up on the latest research. I’m also interested in the possibility that these wildly different aspects of one person with dementia might be related to dissociative identity disorder (also called multiple personality disorder). Years ago, a noteworthy amount of my time while serving as bishop involved working with a woman with dissociative identity disorder.  In exploring what this woman was going through, it turned out that there were 76 distinct identities, I think all with names and many with ages, possibly related to various times of great fear in her terribly painful life, victimized by a large number of people. Some of the greatest spiritual experiences and most obvious miraculous events in my life occurred when working with that woman, and I feel that period was one of the most precious and important times of my life. She had excellent professional help, but I hope that my efforts to help were also of some value. In any case, today she strikes me as an amazingly helpful and successful woman who blesses the lives of many others in hearty service. She attributes her healing to the power of the Savior, which I think is the only explanation for the healing and restoration that has occurred.

The phenomenon of multiple personalities, though disparaged by some experts, is one that I find to be real and convincing, based on two people I’ve worked with, both of whom experienced severe trauma in their lives. But that phenomenon seems surprisingly familiar to me in dealing with my mother these days, where there seem to be a number of distinct personalities that can switch in and out. I used to just think of these as “moods” but it’s not just a happy mood or bad mood. It really is more like different sets of characteristics coming in and out of focus, sometimes very quickly, triggering between the cackling sarcastic woman who seems possessed by demons to the sweet, gentle, grateful mother I like best or versions of the various characters described above. There are differences and maybe it’s better to consider just a collection of diverse attitudes that can be brought out by different triggers. Whatever it is, I’m curious to know more and welcome your thoughts.

Do any of you see similar traits in the elderly people with dementia that you deal with? Is it possible that the fragmentation behind multiple personality disorders could have a relationship with some forms of dementia?

There is one thing that seems certain and clear amid all this mental vacillation and all my unanswered questions. No matter where she is mentally, she remembers that she has children and wonders where they are. She may not remember their names, where they live, or even how many she has, but she knows she has them, and she wonders why they aren’t here with her. She is happy when family members are around. She loves to be the center of attention, but also loves just to have the bustle of multiple loved ones nearby, even if they are talking to each other and not always with her. “Where are the others?” is a common question when few are in the house, and the desire to be loved seems to be the basis of this trait.

While she forgets so much and can ask the same question over and over again for many minutes without remembering that she’s been given the answer already, she recognizes people who love her and is happy to have them around. If someone treats her poorly, as had happened in her mind with some caregivers or healthcare workers, she doesn’t trust them after that. Strangers who come to serve her with kindness will soon gain her trust and she will recognize them and be happy to seem them once that rapport is built. She’s very sensitive and very aware, even if the names of things and loved ones slip away. She may seem like a wild animal or toddler at times, but there’s a sensitive woman in there in need of compassion and love.

I have many questions about this tiring work of caring for the elderly and know so little, but have learned that those like my sister and her husband or an aunt of mine and her husband who have sacrificed so much of their lives and careers to provide the best care at home (when this is possible) for a declining parent or loved one are real heroes and deserve more support and recognition from the rest of us. I also suspect that no matter how desperate the mental state of a loved one is, visits and attention will bless them, even if they can’t say thanks, even if they don’t seem grateful or happy, and even if when they first look at you, as my mother did to me at the beginning of this visit, they say, “Get the he** out!” I left for a while, and a couple hours later she was grateful that I was here.

Questions abound about what to do (e.g., home care vs. care in a facility) and what’s happening in their head, but as with so many of our deepest challenges in life, love is the answer. Treat them with love, even though it may never be reciprocated in this life, knowing that our elderly are beloved sons and daughters of God who sense and feel our love for them, at least in their souls, and this love will be remembered when we meet again after this life. Spend time with them and express your love as best you can to follow that basic commandment, “Honor thy father and thy mother.”

In addition to seeking to love our elderly, let’s be sure to love, respect, and support those who step up for what can be the most difficult service of all, caring day after for a person in need of constant help. I’m amazed at the love and sacrifice of some of these heroes.  We’ll be heading back to the comforts of home and the joy of our own nearby grandchildren soon, while the needs of this unpredictable woman will continue on and on. I’m so touched by the work of those who live with her and week after week oversee her care.

The woman who was angry, shouting, and trying to gouge me in the middle of the night is now cheerful and is begging to get in the car and go. We’re going to give this a try and see how far we can go. The weather looks great for a change. Wish us luck!

Thank you for sharing. My Mother had dementia for 5 years and it taught me so much. She endured terrible abuse as a child and I firmly believe that affected her deeply during her life. I put her on a natural drink called memory matrix and it helped her, but soon, I could no longer get it. The nurses were amazed how much it helped. I pray a cure can be found!

Thank you so much for this article. My husband had dementia, and he wasn't as difficult as you describe your mother, he really had become a different person or persons. I am sending this article to a friend whose husband has dementia. Perhaps it will help her.