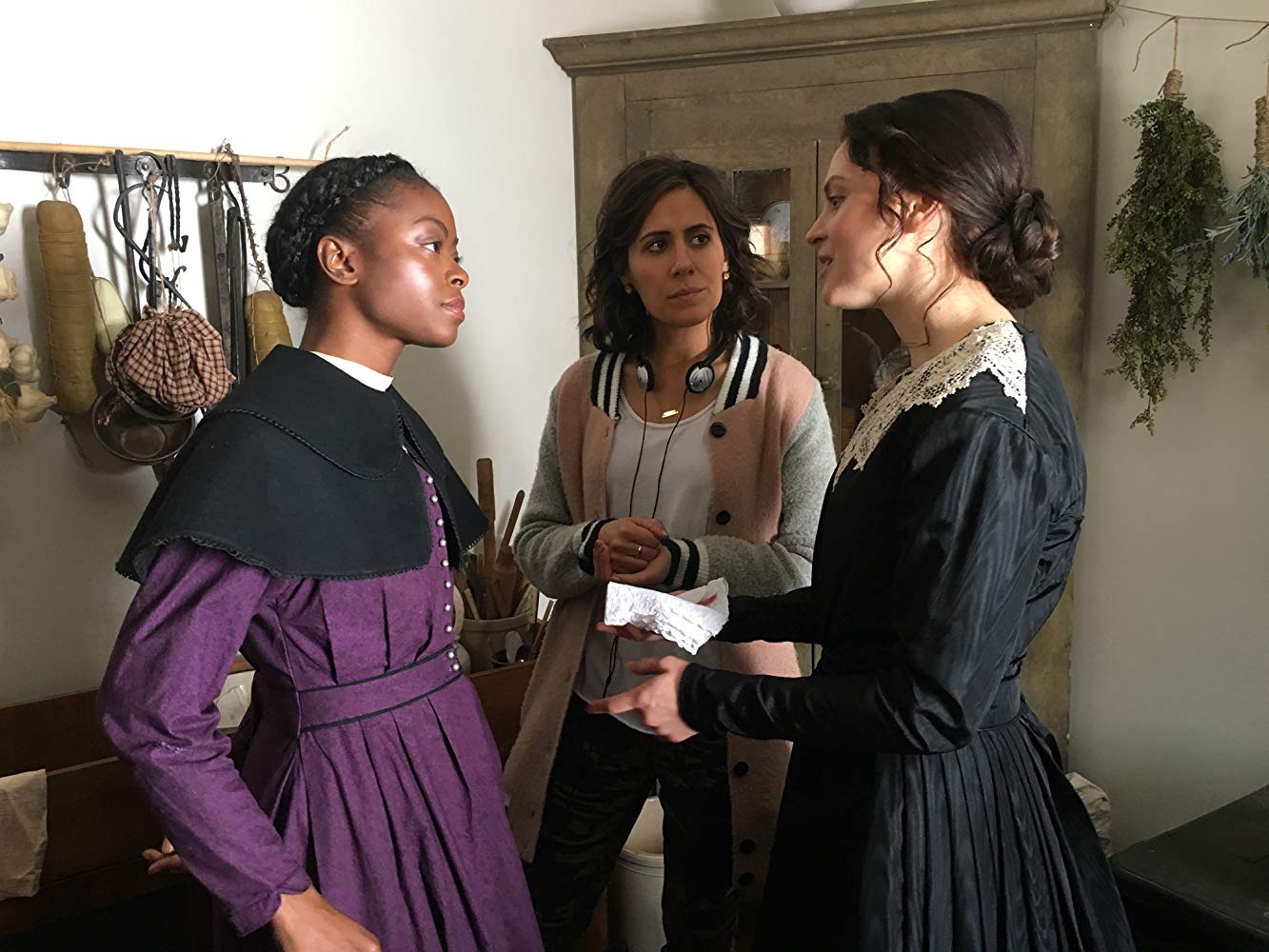 Majestic ‘Jane and Emma’ Available on DVD This Week: An Interview with Director Chantelle Squires

Jane and Emma tells the story of the friendship between Jane Manning James and Emma Smith immediately following the martyrdom of the Prophet Joseph. In a way that is authentic, well-researched, and faithful it presents Latter-day Saint history, building testimony as it pulls no punches regarding race in the early days of the Church. Its tale of interracial kinship between Jane and the Smiths is inspiring. It’s smartly-written and terrifically-acted. The music is marvelous. And it’s out now on DVD and digital.

The film’s director, Chantelle Squires, was kind enough to answer my questions about this powerhouse movie that was written, directed, and largely produced by women.

Why make this film now? Why is it relevant?

I can’t think of a more important time for a film like Jane and Emma to come out. This is a film about two powerful women who are dealing with racial issues, gender issues, and religious and social issues. Their voices are raw and real and their journeys are relatable to so many people who are dealing with the same things. It’s as relevant of a story today as it was back in 1844, and I think Jane was ahead of her time. She’s been waiting for a long time for this film to get made!

What inspires you about Jane Manning? What did delving into her life do for you?

Jane Manning has become a pillar of strength in my life. Even though she was drawn to a religion where she was not allowed to have the same blessings as everyone else because of the color of her skin, she didn’t let that get in the way of her faith or her dedication to God. And while it would have made sense for her to walk away from it all, she stayed in the church and spent the rest of her life fighting for things to change. There is no question in my mind that that woman’s diligence in fighting for what is right has made a difference. Even if it has taken 150 years.

What about Emma? Do you think we are getting closer to knowing and understanding her now? Have you seen a shift?

I hope that through watching this film, people gain a greater respect and understanding for Emma Smith. She is an amazing woman who I do think has often been misunderstood. That’s why we let her be front and center in this film and we really opened up the narrative to let the audience get a chance to see what things were like from her point of view. The feedback I have heard over and over since the film came out is that this is the Emma that they have been wanting to see on screen. It has been refreshing for everyone to let her voice come through the way it does.

What was the greatest challenge for you in making this film?

The topics we addressed in this film are very important, but also needed to be handled with care. It was difficult working on a film about racial issues because there were many times in the development of the script that we didn’t have the nuances quite right, so the whole team had to work really hard to come together and figure out how to fix it. This was definitely the most difficult part of this film, but it mattered a lot to me, so we persisted!

The greatest blessing or reward?

The greatest blessing of this film is seeing the positive response of everyone who has watched it. We worked so hard to tell this story, and to tell it well. So seeing it resonate on such a profound level with audiences is really rewarding.

This film had more women on set and behind the scenes than most. In what ways was that different?

One day on set we looked around and noticed that 50% of our crew were women and 50% were men. I have never been on a set where this was the case, and it I was really happy to know that we had achieved that. We had such an amazing crew all around, and it really was a great environment on set. Everyone was working in harmony to get the shots we needed in the little time we had. And for the majority of our producing team to be female as well as the writer and myself as the director is the reason why the women on screen were so authentic. We know what it’s like to be women, so a lot of what you see on screen comes from what’s inside of us. I think having authentic voices behind the scenes of any movie that’s made is really important.

Does it give you hope for the industry’s future?

I do have a lot of hope for the industry’s future. There have been so many incredible films made over the last century, mostly by men. And now there will continue to be more incredible films made over the next 100 years by men AND women. It’s very exciting, and the possibilities are endless. It will take time for the industry to balance out because women and people of color have really been ostracized until now, but I hope that as more women make films, more women will be inspired to get into filmmaking and know that there is a place for them in this industry.

What has been the response from audiences?

I watched the film in theaters over 10 times during the theatrical run, and it was so amazing to me that at every single screening a large majority of the audience would stay in their seats and watch the credits all the way through, and then stay in their chairs after the lights went up. Some would stay silent, but mostly people would just start talking with each other. Then I would go out in the hall where people continued to talk about the film. I think people have been surprised and grateful that we didn’t pull any punches in this movie. And the response has been overwhelmingly positive. I think people have been ready for this film for a long time!

The DVD just came out. What should we look forward to as far as special features? Why should people buy a copy?

The DVD itself is really special because there is a beautiful booklet insert of Jane’s autobiography. It is worth getting the physical dvd for this alone. Also there are other features like a music video, a poem about sisterhood, and a 30-minute video of the history of race in the early church. The film is also available for digital download on iTunes and Amazon.

How did working on this project help you grow closer to the Lord?

I think a lot of times people see filmmaking as a glamorous career, but around all the glamour, there is a lot of hard work. This film has taken about three years total to make, and during most of that time I have been working on other projects to pay the bills. I am a single mom of two amazing children which is where I wish I could focus all of my time and energy, but on top of that, I spent hundreds of hours making this film. So needless to say there were many hard days and nights during these years.

And as I mentioned before, the topic of this film added an extra measure of pressure and difficulty. I mention all of these things because it was during the times where I was about ready to give up, mostly because I didn’t know how I was going to be able to keep going, that the Lord made it very clear to me that was not his plan. I have had dreams and spiritual interventions that are the reasons why I continued forward and why this film got made.

There were 2 months where I was getting on average 4 hours of sleep a night trying to do everything I had to do in my life, and when people asked me how I was doing it, I knew that the Lord was sustaining me and somehow miraculously I was able to do everything that I needed to do. I don’t ever want to go through that again, but it was worth it to make my first feature, and I know that the Lord cares about the things we care about. I also know that there is a lot of good that can be done through the art that we create and He cares about that as well. He helps every step of the way whenever I am willing.

Jane and Emma is now available to purchase at Deseret Book, oniTunes, on YouTube, and on Amazon (streaming or DVD)..

Jonathan Decker is a family therapist and clinical director of Your Family Expert. He is an actor, author, comedian, and television personality known for his book 250 Great Movies for Latter-day Families, co-hosting The KJZZ Movie Show, and starring in CTU: Provo and BYU’s Divine Comedy.