Listening to Heaven: Lost in the Wilderness | Meridian Magazine 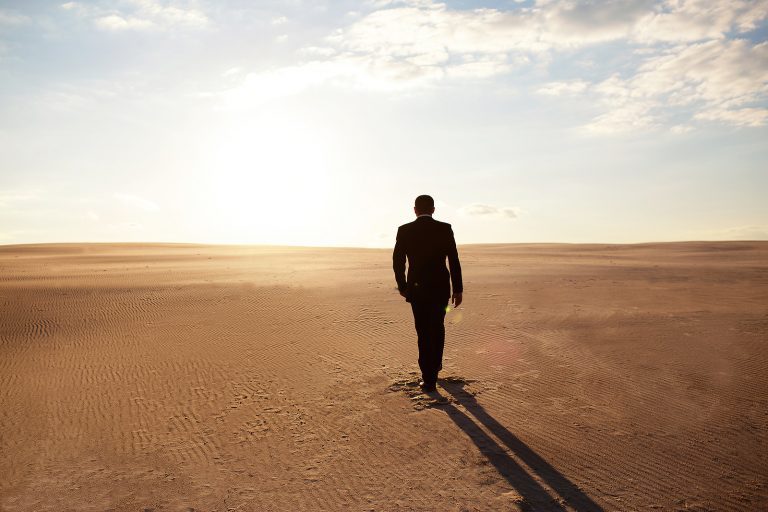 The Book of Mormon reminds me of our challenges in mortality. We have left the holy city—our pre-earth lives with our heavenly family—to wander in a wilderness filled with contention, hunger, danger, and war—this fallen world. We can feel terribly lonely and relentlessly afraid. We start to wonder if we’re going the right direction and if we’ll ever arrive in our promised land. We are tempted to despair.

The Book of Mormon is certainly filled with people struggling to find their way. Jacob expressed their loneliness: “time passed away with us, and also our lives passed away like as it were unto us a dream, we being a lonesome and a solemn people, wanderers, cast out from Jerusalem, born in tribulation, in a wilderness, and hated of our brethren, which caused wars and contentions; wherefore, we did mourn out our days” (Jacob 7:26). There were plenty of wars, dislocations, and troubles throughout the Book of Mormon. Our times may seem peaceful compared to many of the challenges faced in Book of Mormon times.

But loneliness and desperation are not the whole story. Let’s go to the very beginning of the Book of Mormon.

Nephi launches his account (1 Nephi 1:1) by acknowledging goodly parents who taught him vital truths and who provided “a great knowledge of the goodness and the mysteries of God.” That’s a solid foundation.

As Nephi recounts the story, Jerusalem’s spiritual challenges were met by “many prophets” (1 Nephi 1:4). In times of great spiritual turmoil, God was sending messages to His people.

Then, right at the start of the Book of Mormon, an amazing thing happened. Lehi prayed to the Lord with all his heart. His prayer was met with a remarkable response: “And it came to pass as he prayed unto the Lord, there came a pillar of fire and dwelt upon a rock before him; and he saw and heard much” (1 Nephi 1:6). We are only about 200 words into the book when the first major vision occurs.

But the Lord was not finished with Lehi. “And it came to pass that [Lehi] returned to his own house at Jerusalem; and he cast himself upon his bed, being overcome with the Spirit and the things which he had seen. And being thus overcome with the Spirit, he was carried away in a vision, even that he saw the heavens open, and he thought he saw God sitting upon his throne, surrounded with numberless concourses of angels in the attitude of singing and praising their God” (1 Nephi 1:7-8).

Terryl Givens rejoiced in the Book of Mormon message that God takes an active part in our lives:

The Book of Mormon is one of a panoply of heavenly portents that signaled the commencement of a new Christian dispensation. Theophanies, angels, gold plates, Nephite interpreters, magic compasses—the whole entourage of other-worldly visitants and priestly articles were like the vibrant and extravagant uncials in an illuminated manuscript, drawing attention to the inauguration of a new chapter in God’s conversation with humankind. (p. 106, The Book of Mormon: A Very Short Introduction, 2009)

The core message of the Book of Mormon is that Jesus is the Christ. The immediate secondary message is that God, Jesus, and all the hosts of heaven stand ready to participate in our lives.

The Book of Mormon is packed with revelation! Lehi and Nephi were given customized revelations about the tree of life. While they shared similar symbols (tree, great and spacious building, etc), each revelation was perfectly personalized to the needs and interests of the recipient. Wicked Alma was visited by a heavenly angel who taught, invited, and renewed him. The brother of Jared went from a three-hour chiding to a vision: “he saw Jesus; and he did minister unto him” (Ether 3:20). The Book of Mormon testifies that God is available to those who seek Him.

While traditional Christian theologians have argued that God is fully unknowable, the Restoration proclaims that God is leaning into a relationship with us.

Mormon declared: “Yea, wo unto him that shall deny the revelations of the Lord, and that shall say the Lord no longer worketh by revelation, or by prophecy, or by gifts, or by tongues, or by healings, or by the power of the Holy Ghost!” (3 Nephi 29:6).

The Lord has gone to great pains to assure us of His closeness to us. And there are many ways in which He will participate in our lives—both strong and subtle.

The Liahona was a guide to the Lehites in the wilderness. It is a great invitation to us to be guided in our mortal journeys by the words of Christ given to us by the Holy Ghost.

God is serious about guiding us back to His presence. Yet, often we wonder whether our impressions are heaven-sent or merely our own wishes. We hear people talk about angels and wonder if that is something akin to a séance or is really an authentic message from God. We hear about people who seem to have every decision inspired by God and wonder whether we are spiritual failures. Sometimes we seek answers and seem to get none.

Learning the many ways that God guides us and learning to discern and apply His messages are some of the most important things we learn in a lifetime. In this series of articles, I will offer suggestions for receiving and using heavenly guidance in our lives. God is speaking; we can learn to hear Him.

I have sometimes wondered why I am not more depressed at the tragedy that is in the story of The Book of Mormon. You’ve neatly laid out all the reasons we find hope and receive guidance and inspiration from it instead. It is a marvelous book for our time. Doesn’t the Lord always know exactly what we need!

Thank you!! This is exactly what I needed this morning. Definitely an answer to prayer.