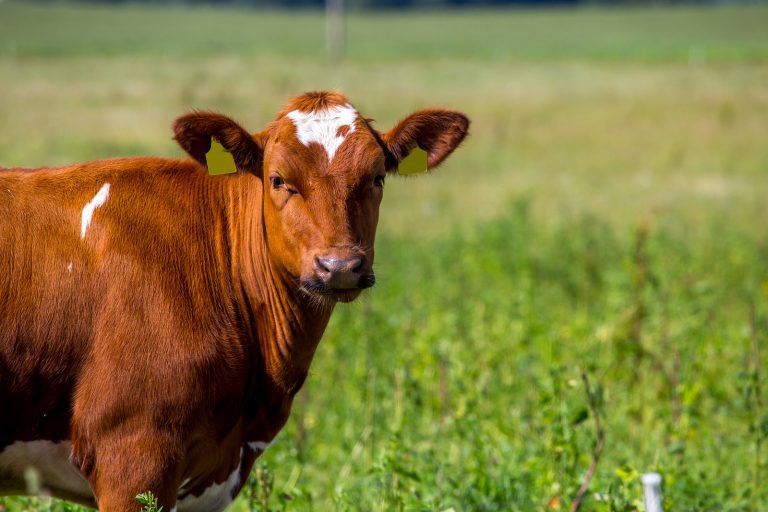 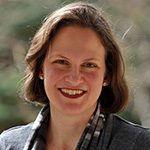 What trial would you accept if you knew it would secure your children’s faith?

Consider this imaginary conversation between you (in normal text) and God (in italics):

Heavenly Father, I’m worried about my kids and grandkids. I know you don’t override agency and that even prophets have wayward children. But I want so badly to protect my family from the pain and suffering that disobedience causes. How can I help them cherish their covenants? How can I tether them firmly to our Savior?

Are you praying and studying scripture together? Heeding the apostles? Worshipping in the temple?

Yes, Father. Well, mostly.  I’m trying.  But, um, I was just wondering if you could help in an additional big, strong kind of way. Is there something special that could happen to really anchor the gospel deep in their hearts?

How much do you really want to help them?

With my whole heart. I would do anything to help them stand strong for these last days.

Yikes, that sounds hard…. Uh…how much trouble exactly?   Let me think about that for a bit…..

Actually, that last sentence probably sounds more like me than like you. I’m not sure how brave I am yet. But you—you might answer with immediate courageous conviction: “YES, Father, I’ll do anything!”

Or maybe, just possibly, for some of you out there, you have already literally volunteered like that.

Maybe you said it in a prayer.

Maybe you said it in a pre-mortal interview.

Maybe, just possibly, for some of you out there, the painful calamities unfolding around you are a well-disguised answer to your very own tender-hearted parental prayers. Did you pray that you could model faith?  Did you pray that you could help your posterity understand the eternal value of covenants?  If so, it could be that your response to today’s trial may transform itself into the faith-anchor for thousands of descendants for decades to come.

During a recent sacrament meeting in Missoula, Montana, Brother Nathan Day spoke of his own very large extended family, among whom are hundreds of faithful members of the Church. He credited their collective faith in part to the frequent circulation of this story from the life of his great, great, great grandfather:

John James Ellett was born in England, December 29, 1820. He joined the church in 1840, and immigrated to Utah in 1851. He was a member of the Anson Call Company, who were the first settlers of Fillmore. An incident in his life, during the early days of Fillmore, shows the true character of this man.

A prominent citizen of the community awoke one morning to find his milk cow lying dead in his yard. She had been killed by someone who, evidently, had used an ax to cut a deep gash in her side. The whole neighborhood became aroused and angered.

Soon it was discovered that the ax of Mr. Ellett’s woodpile was covered with blood. He admitted ownership of the ax, but denied knowledge of the killing of the cow. However, circumstantial evidence was pretty strong and at a Bishop’s trial, he was convicted of the act, and instructed to pay for the cow, or be disfellowshipped from the Church. Still protesting his innocence, and mindful of the great financial burden it would be for him, he agreed to pay.

His family argued that if he paid for the cow, he would be admitting guilt. But he said, “My Father in Heaven knows I am not guilty, but if my brethren think I am, I must pay for the cow. I cannot let such a trivial thing stand between me and my membership in the Church.” So, he cleared up the obligation as fast as he could, and tried to forget it.

I suppose that the actual dollar cost of the cow burdened John Ellett much less than the emotional and spiritual scars. He likely wondered many times why Heavenly Father allowed that “Bishop’s trial” to accuse him unjustly. Why didn’t the local Church leaders receive correcting inspiration from heaven to discern that he was innocent?  Why didn’t God, who knew he was innocent, stand up for him?  Certainly, Brother Ellett’s ten children must have wondered the same thing when they saw other children whispering about them in class, or when Sunday School lessons taught about revelation.  In a small town like that, Brother Ellett’s reputation was publicly sullied for good, just as thoroughly as it would be for you and me today if we were accused on the internet of scandalous misdeeds.

Perhaps, in painful social interactions that followed, Brother Ellett had fleeting thoughts of escaping the community and even the Church. He could leave the frontier and head back East or even back to England where no one would accuse him of being a liar.

If he had chosen to leave in the heat of this trial, how many of his posterity would have received gospel blessings? Likely zero.

During the years of 1856-57 the Church instituted what was known as the “Reformation.” President Brigham Young issued a call to all members to reform their lives, make right their wrongs, forgive each other, and in general try to do better. In response to this call, special meetings were held throughout the Church, for the purpose of giving people a chance to comply. Such meetings were held in Fillmore, in one of which a man arose saying:

“I have been bearing a heavy load on my conscience for a long time, and now, in response to the call from President Young, I am going to relieve myself of this burden. It was I, not John Ellett who killed the cow which he had to pay for. She had been bothering me for some time, and this particular night I heard her at my swill barrel. I dressed hurriedly and went out to drive her away, just as she tipped the barrel over. This angered me still more, and as I chased her across Brother Ellett’s yard, I picked up his ax and hit her a real blow. Immediately I realized what I had done and knew the cow would die. I returned quietly to my home, replacing the ax on Brother Ellett’s woodpile as I went. Until now, I have never had the courage to admit I was the guilty one. Now I want to ask his forgiveness and pay him for the cow.”

Brother Ellett, who was in the audience, jumped to his feet and exclaimed, “I always knew I never killed that cow!”

For me, the most amazing part of this story is the after-story. John James Ellett and his wife Mary Turner Clarkston had ten children.  All of them died possessing temple recommends, and all of them passed on their faith to large posterities of their own. One son, Joseph Henry Ellett, had eleven children of his own among whom was a daughter named Mary Louisa Durfey. Mary repeatedly testified to her children and grandchildren (as reported by grandson Evan Durfey) that all of her brothers and sisters and most of her cousins faithfully held a temple recommend until death. She would often recite the story of the murdered cow and how Grandpa prized his covenants even above his own reputation.

Today, five generations and likely more than a thousand descendants later, John James Ellett’s testimony is still being shared. Can you imagine how different the story would be if he had retreated from the Church with his justified hurt feelings?

Now maybe you’re the reader out there who doesn’t feel as valiant as John James Ellett.  Maybe you even feel like saying, “What if I’ve already blown it? What if my posterity has already seen me murmur loud and long about something in the Church?”

Consider this additional story that illustrates how even a temporary rebellion can be turned to good when we turn back to God. This was shared with me by Melissa Heinzig who heard it firsthand both from her Great Grandpa Hancock himself, and also from his daughter, Dolores Robertson (Melissa’s grandma). Melissa and her family have shared this story many times within their own family as well as in sacrament and primary talks.

Lot Huntington Hancock, Jr. was a farmer in Idaho.  Every year he made his living planting and selling potatoes.  In 1922, during Lot’s stake conference, Heber J. Grant, the Prophet at the time, came to speak to them.  He told the members of their stake to plant sugar beets that year instead of potatoes.  Lot thought he was wrong.  He thought, “What does that man know about farming?  He sits in an office all day in a suit.  I am an Idaho farmer and everyone knows that if you are a farmer in Idaho you plant potatoes.”

So that year, my great grandfather Lot Hancock did not obey the counsel of the Prophet.  Instead, he planted potatoes.  When the time came to sell his potato crops, there were so many people selling potatoes that they were worth almost nothing.  Lot said that year you couldn’t give potatoes away.  However everyone who planted sugar beets made a lot of money.  Lot lost so much money that year that he lost his home and farm.

After that, Grandfather Hancock said that he would always follow the counsels of the Prophet.  He’d say, “If the Prophet tells us to plant macaroni, I’ll do it!”

Lot Hancock’s story is powerful because he models faith unto repentance.  It takes humility to stay faithful like John Ellett.  But it also takes humility to repent publicly and testify openly when we’ve made mistakes. That’s another kind of modeling that our posterity will need, for surely they will not be perfect either. Brother Hancock’s meek testimony is memorable for its zeal and renewed commitment to obedience:   “If the Prophet tells us to plant macaroni, I’ll do it!” Brother Hancock would probably tell us that, no matter where you are in your journey, your fiascos and setbacks can be framed with faithful testimony. And maybe that testimony will be used by God to powerfully and memorably answer your very own prayer for precious souls who come after you.