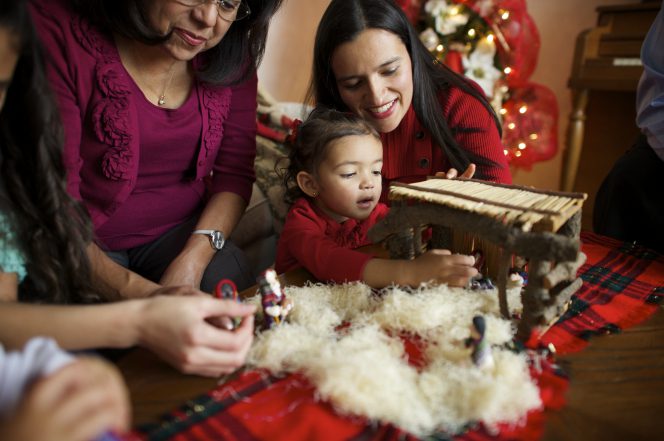 “Let Every Heart Prepare Him Room”

“The phrase, “Let every heart prepare him room” is from the great Christmas hymn, “Joy to the World” by Isaac Watts. Those words have often been on my mind during this Christmas season.

How can I prepare room for the Savior in my heart? What activities are involved in this kind of preparation? What do I need to do so that as He comes, He will find a warm and inviting space prepared for him?

Making Room for Him

His earthly parents looked for a room in Bethlehem. They knew His birth was imminent. They knew they needed shelter for the event. They went from inn to inn looking for someone who would make room for them, but no one offered them lodging.

“And she brought her firstborn son, and wrapped him in swaddling clothes, and laid him in a manger, because there was none to give room for them in the inns” (Luke 2:7, JST).

Rooms were at a premium during Passover as Jews came to the Holy Land from all over the world. Everybody needed a place to stay, and innkeepers were in a position to make useful profits. The population in and around Jerusalem, just six miles away from Bethlehem, was normally about fifty thousand people. At Passover that number increased dramatically. Josephus, the first century Roman-Jewish historian reported that at Passover about two hundred and fifty thousand lambs were sacrificed in Jerusalem. Each lamb would have fed about ten people.

Thus, there was no room “for them” in the inns. There might have been room for others. But Mary and Joseph were not wealthy and they were about to have a baby. Offering them a room might have been more of a house-keeping inconvenience than a financial benefit.

“I Stand at the Door and Knock”

Preparing a place for Christ in our hearts might also seem like an inconvenience. The book of Revelation tells us that He would like to have us prepare room for Him so He can spend time with us.

“Behold, I stand at the door and knock: if any man hear my voice, and open the door, I will come in to him, and will sup with him, and he with me” (Revelation 3:20).

If, when we hear His voice, we open the door, our lives will change dramatically.

He said if we hear Him and invite Him in, He will sup with us. What will we eat? Will we send out for pizza? Perhaps we could tear open a box of macaroni and cheese, or the refrigerator certainly has an array of leftovers. The question is not what He would be willing to eat with us, but what we would be willing to prepare for Him.

What Kind of Room Will We Prepare?

If, after supper, He asks if He can stay with us, what kind of room will we offer Him? Will we put Him in a small mother-in-law apartment with decent furniture and a small refrigerator. Will we show Him the trundle-bed in the children’s room or the pull-out sofa in the study? Will we give Him the top bunk in our son’s room?

If the Savior moved in with our family, I hope most of us would do what friends of ours did when the husband’s mother moved in with them during her advancing years. They gave her the master bedroom and moved into a smaller room and shared a bathroom with their children.

If the Savior had room in our hearts and homes, He would want to be involved in family decisions. Alma suggested to Helaman that he should “counsel with the Lord in all [his] doings.” We would want to do that when any significant decision needed to be made. I suspect that He would make suggestions about television, movies, music, finances. Would we be willing to prepare Him room in our family counsels as we deliberated over those matters?

Some families of Orthodox Jews place an extra chair at the table during the Passover meal. Traditions indicate that the Prophet Elijah will return during Passover time. If He comes, they want to be ready for Him and to have room for him. In fact, Elijah did come at Passover time. On April 3 of 1836, when Elijah came to the Kirtland Temple, Jews around the world were celebrating that great feast.

Perhaps there might be a place at our tables during our celebrations of the Christmas season for an extra chair for the Lord. Then, if we hear His knock and His voice, and we invite Him to join our family at the dinner table, there will be a place prepared for him.

If we are willing, He will come.

How silently, how silently
The wondrous gift is given!
So God imparts to human hearts
The blessings of His heaven.
No ear may hear his coming,
But in this world of sin,
Where meek souls will receive him still,
The dear Christ enters in.