Lessons from Dumbledore: Standing Up to Anti-Science Activism | Meridian Magazine 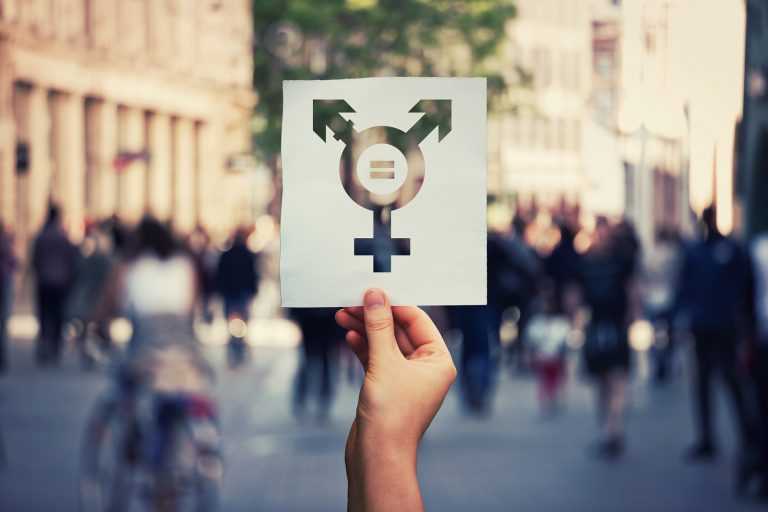 Lessons from Dumbledore: Standing Up to Anti-Science Activism

In the first of the Harry Potter books, The Sorcerer’s Stone, the headmaster, Dumbledore, shares this bit of wisdom:

J.K. Rowling, the author of the Harry Potter series, is learning exactly what it means to stand up to one’s friends. On December 19, 2019, the politically liberal Rowling made the “audacious” claim that there is a difference between women and transwomen when she tweeted:

“Dress however you please. Call yourself whatever you like. Sleep with any consenting adult who’ll have you. Live your best life in peace and security. But force women out of their jobs for stating that sex is real? #IStandWithMaya #ThisIsNotADrill”

The “bigotry” of being gender critical

In response to that tweet, activists have publicly denounced Rowling, labeling her a transphobe and sending her death threats while calling for the fiery end to her books.

Rowling’s “offensive” tweet was in support of Maya Forstater, a researcher who was fired from a U.K. poverty think tank for questioning government plans that would allow people to self-identify as a gender other than their biological sex. Forstater defines herself as “gender critical,” meaning she believes that:

Forstater had entered into a Twitter discussion regarding changes to the U.K. Gender Recognition Act in which she said: “What I am so surprised at is that smart people who I admire, who are absolutely pro-science in other areas, and who champion human rights and women’s rights are tying themselves in knots to avoid saying the truth that men cannot change into women (because that might hurt men’s feelings).” Unfortunately, Justice James Taylor ruled against Forstater’s challenge of her termination, stating that “holding that humans are sexually dimorphic is ‘incompatible with human dignity and fundamental rights of others.’”

Because, you know, “transwomen are women.”

Anthony Ramos, the head of talent for the LGBT advocacy group, GLAAD, accuses Rowling and Forstater of being anti-science for believing that sex is immutable. He also conflates believing in sexual dimorphism with a desire to treat trans individuals unfairly. This kind of sleight of hand is used to shut down debate. No one likes being accused of being a bigot.

Forstater, and Rowling want transgender individuals to be safe in living the life that feels genuine to them. What they have a problem with is transgender women receiving recognition and awards originally set aside for biological women. Forstater publicly criticized Phillip “Pippa” Bunce for being included in The Financial Times HERoes list of Champions of Women in Business.

Phillip/Pippa is “gender fluid” and “non-binary” and some days dresses as a man and sometimes as a woman. According the UK Equality Act, those who are critical of transwomen displacing biological women are violating the human dignity of trans people. In Britain, more so than in the US, there are women who are pointing out the irony of biological men in fishnet stockings giving biological women the boot in honors created for women (as well as female sporting events, protected spaces, etc.) For their temerity, these women are labeled TERFs: Trans Exclusionary Radical Feminists.

Fine, count me in.

Apparently, it is radical to believe that it takes more than “feelings” to be a woman. And what does it mean, exactly, to “feel” like a woman? Can those “feelings” really be disassociated from one’s biology? Women know what it feels like to cramp and bleed every month, to carry and nurture a life within and to feed that life with one’s body. Women also know what it is like to feel vulnerable because of this corporeal reality that is part and parcel of the female experience.

Because of the impossibility of proving and defining their non-bodied feelings, trans advocates and doctors alike resort to a combination of a sense of discordance with one’s body and the sham of gender stereotypes to define transgenderism. In LGBT classroom education, children are told that a strong preference for toys, games and activities typical of the opposite sex may indicate that they are trans. The musical teaching tool, The Rainbow Song, describes it this way, “some boys like dressing up, some girls like catching snakes.” Really? I knew lots of girls that caught snakes and lizards when they were young, myself included. I also ran faster and kicked the ball farther than most of the boys in my elementary grade classes. The cognitive dissonance on display as we encourage society to give up stereotypes while simultaneously using them to define gender is stunning. Making an absolute mockery of science, children and adults alike are taught that some people are born with brains that don’t align with their bodies.

What the research says

There is science that outlines the inherent biological differences between men and women that is not dependent on genitals and cultural gender norms. In his book, Why Gender Matters, Dr. Leonard Sax makes the point that gender and age are the two “great organizing principles in child development.” Dr. Sax describes studying developmental psychology in graduate school and being taught that differences between boys and girls were a matter of socialization by parents and society. He, along with millions of others, bit hook, line and sinker the now-discredited work of Professor John Money which claimed to prove that gender is a social construct through the real-life story of a little boy with a botched circumcision – Bruce who was raised to be Brenda. To this day, people cite John Money’s work despite the little boy in question growing up to commit suicide.

Upon setting up practice in Maryland, Dr. Sax began to examine differences between boys and girls after noticing the number of little boys being referred for evaluation of attention deficit disorder. Dr. Sax found that often times the boys were in need of teachers that understood the differences in how boys and girls learned, not medications for ADHD. Teachers had learned a lot in their schools of education, but they had not learned about innate differences between boys and girls. In fact, university students were more likely to hear that the division of sexes is an “invention of our culture” and a “social decision.”

So what sort of differences did Dr. Sax discover and report on in Why Gender Matters?

How does this relate to the transgender individual? A trans person claims to be trapped in the body of the opposite sex, but there is research that indicates otherwise. Dr. Sax also shares the following:

In the early days of his medical career, Leonard Sax realized that schools and parents were attempting to use medicine to make boisterous little boys who literally had a hard time hearing the quiet voices of their female teachers mirror the behavior of docile, flower and animal drawing little girls through prescription drugs. Today medical interventions not possible before the modern era – prescription hormones, plastic surgery and electrolysis – are being used to transform men into women. But the science doesn’t lie – they are still men in their brains and every cell of their body.

The fact that there are men who want to displace women in society is, well, nothing new historically, although we had hoped that that part of the human story was on the wane. The fact that there are women’s rights activists that are aiding the displacement of biological women by transwomen and shutting down debate with threats and ad hominem attack is just Orwellian. One hundred years ago, women finally won the right to make their voices heard through the ballot box. The suffragists had to endure their share of insults and efforts to demean their objectives. Women who want to defend what it means to be female and the protections and privileges they have worked so hard to obtain, can expect to similarly face stiff opposition. Harry Potter learned that sometimes opposition will come from friends. We can take heart from the examples of brave women like Maya Forstater and JK Rowling who, following the counsel of Albus Dumbledore, have made the hard choice between “what is easy and what is right.” They are speaking up. It’s time we all do.

My point in my previous comment was that when people are allowed to self-identify as members of a group designated as underprivileged, the whole thing falls apart. Just to be clear, I would be classified as a straight white dude.

I agree with J.K. and Maya - but am saddened that the publication dismissively utilizes 'liberal' to describe Ms. Rowling. To be 'liberal' is God-like (see Alma 1:30; James 1:5). And Mr. Hoggan notes Elizabeth Warren as self-identifying as 'non-white'. What is "White"? DNA confirms the futility of our self-asserted purity. We all seem to be rather an amalgam of racial identities.