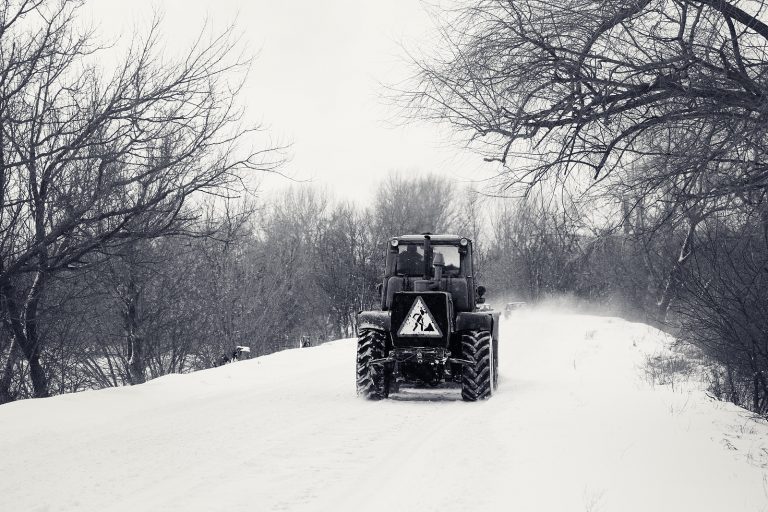 I grew up in the last house on the edge of miles of open rangeland. Our nearest neighbor was about a mile away. Since cell phones were still unheard of, it wasn’t unusual for people who didn’t know that country to get stuck and come walking in to our house.

One winter night, around nine o’clock, just as we were heading to bed, a man came walking in. We had just had the first snowfall earlier that week. It was just enough to encourage someone with a big pickup to take the challenge of dirt-roading through it. This man had gotten stuck about ten miles beyond our house. The man was shivering from the cold, so my father invited him in by the fire. While he warmed himself, my mother got him a cup of hot chocolate and some cookies.

“Would you like me to get my tractor and come pull you out?” my dad asked.

The man shook his head. “I have a friend with a big pickup. If you don’t mind, I will just call him.”

The man used our phone to call, and about twenty minutes later, a pickup with a loud engine pulled into our yard. The two of them left, and we went to bed.

Around one in the morning, there was another knock at our door. My father threw on a robe and went to answer it. Standing on the doorstep were the two men, shivering from their long walk. Once more, my father invited them to warm themselves by the fire while my mother warmed hot chocolate and pulled out some more cookies.

My father again offered to pull them out with our tractor, but they refused the offer. They said they didn’t want to be any bother.

“I have a friend with a big tow truck,” the first man said. “If we can use your phone, we will just call him.”

It took them a while to rouse their friend, so it was most of an hour before he came. But eventually, a big tow truck pulled into the yard. The two men left our house and climbed into the cab with their friend.

At about five o’clock, while we were eating breakfast, there was another knock on our door. There stood all three men, shivering in the cold. Once more, my father invited them in to warm by the fire. My mother warmed some hot chocolate and added some more pancakes, eggs, and hash browns to the griddle.

Afraid it might sound like an “I told you so,” my father said nothing about the tractor. But once the men had eaten and were warm, the first man spoke to my father.

“Is your offer for help with your tractor still available?” he asked.

“Yeah,” the second one chimed in. “He’s pretty well out of friends with big trucks.”

The third man, seemingly miffed about being pulled out of his warm bed in the middle of the night, said, “Heck, he’s pretty well out of friends.”

My father told us to start work on the chores, and he left with the three men stuffed into the tractor cab with him. Experienced on the rangeland, Dad knew how to avoid getting stuck. In about an hour, he was back, and the three men were on their way to their warm beds.

A few days later, there was a knock at the door. When we looked through the window, there stood the three men.

“I sure hope they’re not stuck again,” my father sighed.

They weren’t. They had brought some gifts. There was a toy tractor, a big container of hot chocolate, lots of cookies, and a multitude of thank-yous. But they weren’t the last ones we pulled out.

As long as there are big trucks and inviting mud and snow, people will continue to take the challenge.