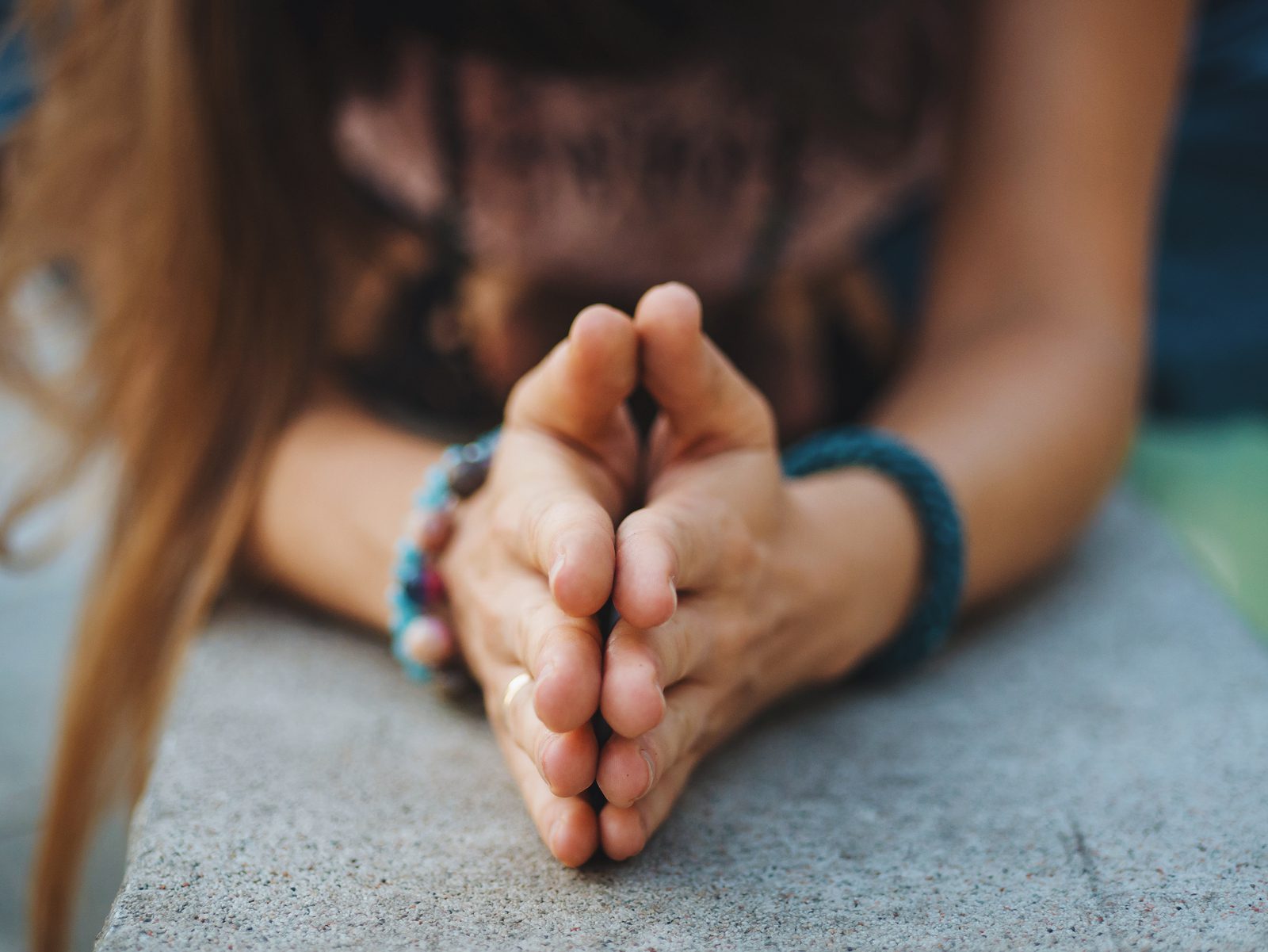 One of the remarkable characteristics of the Test of Life is the continuous availability of the Instructor.

I had a friend in college who enrolled in a freshman English class with me.  We were assigned a term paper, of course, and were given a minimum length and a deadline which fell upon the Friday of the last week of classes.  I worked hard, planned ahead, and tuned my paper in a day or two early.  My friend, Ryan, did not.  His procrastination and his involvement with a girlfriend made it necessary for him to stay up all night the night before the paper was due, to skip classes the day it was due, and to deliver the paper to the home of the instructor only moments before the last bell of midnight.

I was waiting in the car as he walked to the darkened house and rang the bell.  No one answered and he rang again, then opened the screen and pounded on the door behind.  Finally, on the second floor, a light came on, then another in the living room, and then the porch light.  The teacher himself opened the door and stood in pajamas and housecoat listening while Ryan explained the purpose of his late visit and handed over the paper.

To the extent that I could observe, the man never said a word.  He took the paper, all thirty-seven pages of it, looked at Ryan, looked at the paper, looked back at Ryan, then methodically proceeded to tear the entire effort to tatters. The hundreds of pieces fell to the porch and yard, scattering in the brisk November wind.  When the last page was shredded, the instructor pivoted, closed the door, turned off the light, and went back to bed.

The Teacher of this course in Beginning and Advanced Mortality is always available.  In fact, He continuously uses the word “always” as He gives us directions about our communication with Him.

The verb “pray” appears twenty-two times in the Doctrine and Covenants.  Nine of those times it is accompanied by the word “always.”  Even less than scholarly students of the Owner’s Manual can find a message here: “Men ought always to pray and not to faint” (D&C101:81).  Never mind if it is midnight or an even more unreasonable hour; “Behold, he that keepeth Israel shall neither slumber nor sleep” (Psalm 121:4). If the Teacher is needed, call Him.  If He is not needed, call Him.  By following this oft-repeated counsel, the channel of communication will remain free and open, so that in times of crisis it can be connected and used quickly.

All of us who have made the effort to establish contact with the Teacher have had experiences with his willingness to help. I remember searching for hours in the seminary building where I once taught for a tray of slides for which I had an urgent need.  I could not locate them, but I finally remembered that I had loaned them some time before to another teacher.  It was too late to call that night, but early the next morning I did call and he suggested two places where he thought they might be located.

I went to the building again, looked carefully in those places and found nothing.  I called his home again and learned that he was gone for the weekend.  I then repeated my search of the night before, investigating all the places that had any likelihood at all.  Still nothing.  Finally, having done all that I could do, I turned to the Teacher and asked Him in the name of His Son for help, if appropriate.  A few moments later I returned to the equipment room.

I had been in that room four times, but I felt like I should look again.  This time I began to remove from the room all of the rolling equipment: televisions and video tape recorders on carts stored in the middle of the room while school was out for the summer.  In the back of the room, on a small counter behind three overhead projectors, in a spot invisible from any place in the room other than where the carts had been, was a slide carousel, empty.  Underneath it was another, the one I was seeking.  The only thing more amazing than how it got there in the first place was that I found it.

But such experiences are characteristic of the gentle miracles and tender mercies that occur when we call on the Teacher for help.

In the March 1948 Improvement Erais a lovely little story, a favorite account of such an experience.  Two missionaries, working among farm folk where they were not well-liked, had been without food for twenty-four hours.

At 2 o’clock in the afternoon, they decided to do the only thing they knew of to do.  “Well,” said one, “let’s go tell the Lord about it.”  It was a thing they did frequently, not out of habit but out of necessity.  One of the missionaries wrote, “Who but the Lord could help us in these hostile country areas?  We were without purse or scrip.  We were on our own.  But, He in whose work we were engaged was ever within reach, the unfailing resource.”

They found a secluded spot, knelt, and prayed.  There were no trite clichés in this appeal, no threadbare phrases.  They were praying for urgent needs.  It did not take long to express them.

As they stood and replaced their hats, one of them noticed a small ripple in the stream that gurgled through their prayer chamber. “Oh, for a fishing pole,” he remarked.

His companion replied, “What’s wrong with what you have in your hand?”  What he had was a broken-down, ragged umbrella.  And his companion was not smiling.

They had thread, a safety pin . . . they doubled and redoubled the thread, fashioned a hook with the pin and fingernail clippers, sharpened it with a fingernail file, and located a worm under a stump.  They tied the line to the umbrella and crept to the stream.

As the worm floated down the creek, they wondered if this might be the way the Lord would answer their prayers, or if they simply had an inclination for the dramatic.  And then, wham!

The elder with the pole pulled fast and a fish sailed over his head and off the hook onto the grassy bank.  He stared, unbelieving, until the other elder cried, “Find another worm!”  They caught six fish, fish “that hit that line as though they hadn’t seen a fly or a worm in weeks.”

In a few moments, the trout were broiling over a small fire.  The missionaries thanked the Teacher for the food, and when they said it, they meant it. No meal ever tasted better!

As they picked up their suitcases and began trudging down that country road, one remarked, “You know, the Lord is a mighty generous employer.” (Truman Madsen, Improvement Era,March 1948, p. 151.)

Some years ago, a family of eight found themselves stranded on a desolate stretch of highway in the middle of the Mojave Desert, with July temperatures of about 110 to 120 degrees.  Few cars passed and those that did sped by without slowing. The situation seemed serious, but the family had not taken into account the faith of a three-year-old son, Raymond.

The father was trying to flag a car when Raymond said, “Don’t worry, Dad.  I’m gonna go talk with God and ask Him to send a bus to get us.”  The father did not want to shatter the child’s hopes by telling him about the busses.  The service station attendant in Baker had told him that there would not be a bus through till midnight.  Anyway, it was hard to pay much attention to the little boy when things were so grim.

Raymond walked off, knelt down, “and with his hand cupped to his ear, began to talk.  He was on his knees for quite some time, but he finally got up, came over to us, and said, `Don’t worry, Dad.  Everything’s gonna be all right now.  God’s gonna send a bus to get us.’ The child was firm in his declaration.  The bus was coming now: right now.

Within moments a bus materialized out of the heat waves and stopped.  The family stood watching as the father asked the driver if he could take them to Las Vegas. The driver agreed and they boarded, filling the remaining seven seats.  The father remained with the car until the family reached Las Vegas and called a relative who went to pick him up.

Afterward, when the father spoke of the events of that blazing July day, he said that as the bus driver opened the door, he commented, “I don’t know why I’m stopping.  I’m hours behind schedule.  It’s company policy not to stop on the desert, but I just felt I should stop.”

Raymond did not hear that comment, but he probably understood anyway. (See Kathleen Conger Ellis, “Raymond and the Bus,”Ensign, April 1981, pp. 52-53).

A library could be filled with such stories; stories of the generosity and unrelenting concern of the Teacher.  But those who have experienced His tender touch know already of this great reality: the Teacher wants to help.  Those who do not call on Him for help or have never experienced His liberal assistance have in store a great discovery.  The Teacher said:  “And I say unto you, Ask, and it shall be given you; seek, and ye shall find; knock, and it shall be opened unto you.  For every one that asketh receiveth; and he that seeketh findeth; and to him that knocketh it shall be opened.” (Luke 11:9-10.) The verb most commonly associated with instruction about answers to prayer is shall. We would call the Instructor with a different attitude if He had said, “Ask, and maybe it will be given you . . .” The repeated use of the word shallturns this instruction into a series of powerful promises.

A youngster was assigned by his father to move a large rock.  He tugged and pulled and he lifted and struggled without avail.  Some friends were enlisted, but together they could not move it.  Reluctantly he reported to his father that he could not budge the rock.

“Have you done all you could?” asked the father.

“Have you tried everything?” persisted the father.

The preceding is Rule # 13 of Ted Gibbons’ series on how to pass the Test of Life. It comes from his book, ‘This Life is a Test.’ If you would like to get your own e-copy of the entire book, send $5.00 to the PayPal account of [email protected]  Please choose the PayPal option “Friends and Family.”  We will email you an e-copy of the book.