Learning To Believe In Yourself | Meridian Magazine 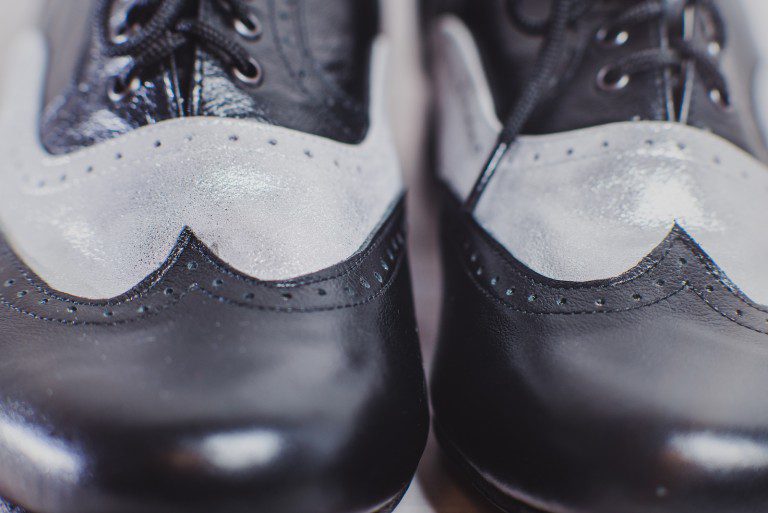 Learning To Believe In Yourself

The following is part of a short series from Daris Howard on this fateful dance class. To read the previous story in this series, click here.

I was a horrible dancer, and I mistakenly signed into a fourth-semester college dance class. I hadn’t had the first three, yet the instructor refused to sign my drop card because he needed male participants. But worst of all, we had to compete in a dance competition for our final grade.

Ginny kindly said she would teach me. At first, I only hoped to pass the class. But when I realized how much it meant to her to win to honor her best friend and former dance partner, who had died in a car wreck, I put my heart into it.

When we reached the last two weeks of class, the in-class competition began. Ginny told me I needed to wear my best suit. “Part of the elegance of dance is in how you dress,” she said, so on that day, I went to her apartment to have her see if I passed inspection.

She frowned when she saw me. “Do you ever shine your shoes?”

“Not too often,” I admitted.

She straightened my tie, had me tuck my shirt in better, and helped me polish my shoes. When she was satisfied, she left to curl her hair and change into her dress. When she came back into the living room and smiled at me, I said, “Ginny, you’re beautiful.” She blushed as she reached out and took my arm so I could escort her to class.

At the end of each class period, the teacher would decide who would continue. The couples who were not in ballroom attire on the first day were out. By the last class, only two couples were left. We were one of them. We danced all 12 dances with everyone else judging. When the teacher announced Ginny and me as the winners, everyone else broke into loud applause.

Shaking my hand, he said, “On that first day, when I saw you stumble around the floor, I would never have believed you could win.”

We had a few more days of private coaching from the teacher before the big event. On the competition day, I again met Ginny at her apartment. After I passed inspection, we headed to the large gym where the competition was to be held. We hadn’t gone too far when Ginny stopped and pulled me to face her.

“Ginny,” I said, “I’m scared to death. I’ve never done anything like this. I’m used to power and strength in athletic competition, not elegance.”

She squeezed my hand. “You have it in you whether you believe it or not. And you’ve worked so hard. I want you to know that, no matter what happens, I’m proud of you.”

We arrived at the huge gym, checked in, then sat in the seats with the other competitors. Soon the whole room filled with spectators – thousands of them. When it was time to begin, hundreds of couples packed the floor. As we all danced, the judges walked around. If they tapped a couple’s shoulders, that couple was out. After an hour, we had danced the full repertoire of 12 dances, and only 20 couples were left. We were one of them.

By then I was really trembling. Ginny squeezed my hand. “You can do it; just take a deep breath.”

By the time we had danced all 12 dances again, there were only three couples left. We were still in. After a couple more songs, it was just us and one other couple. We danced two more dances, and still the judges couldn’t decide. The crowd had grown so loud we could hardly hear the music, but Ginny and I danced the next dance flawlessly. When we finished, the judges consulted, and the head judge stepped to the microphone. “After watching the performance of these two couples, we have decided to declare a tie.” The crowd cheered wildly.

They only had two medals, so they gave one to each couple. Ginny handed me ours. “You’ve worked so hard that this should be yours.”

She smiled as I continued. “What I received was greater than any medal. I’ve had the friendship of someone who cared enough to help me believe in myself so I could become more than I ever thought possible. That is the greatest reward I could ever have.”

Note:  These stories about dancing are the core for Daris’s new book coming out next year called “Save the Last Dance for Me.”