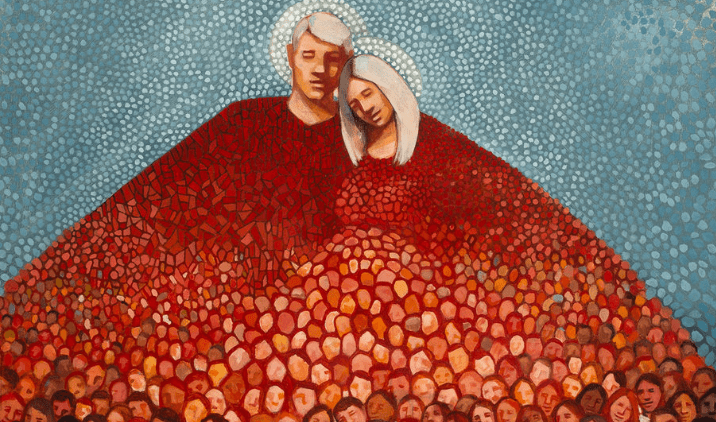 By Latter-day Saint Perspectives Podcast · May 9, 2017

Last summer Russell Stevenson sat down with Rachel Steenblik and Caitlin Connolly, two women who have studied the concept of a divine feminine–or Heavenly Mother.

Rachel was the primary researcher on a BYU Studies article that identified known references to a Heavenly Mother in the Mormon historical record. Caitlin was commission to paint Heavenly Mother by Deseret Book.

Though it is assumed that we have a Heavenly Mother, she is rarely mentionioned in LDS Church discourse, with a preference to referring to Heavenly Father or Heavenly Parents.

Contemporary Old Testament scholars see the divine feminine, or a Heavenly Mother, in scripture, though it is difficult for the lay person to identify those references.

Both women feel discussions of a divine feminine are important because they help to answer the question for women: “Where do I belong in the eternities?”

The Church’s gospel topic essay “Mother in Heaven,” the BYU Studies article, and a new book published by Deseret Book can help encourage dialogue on this important topic.

Check out to the resources referenced in the podcast at LDS Perspectives.