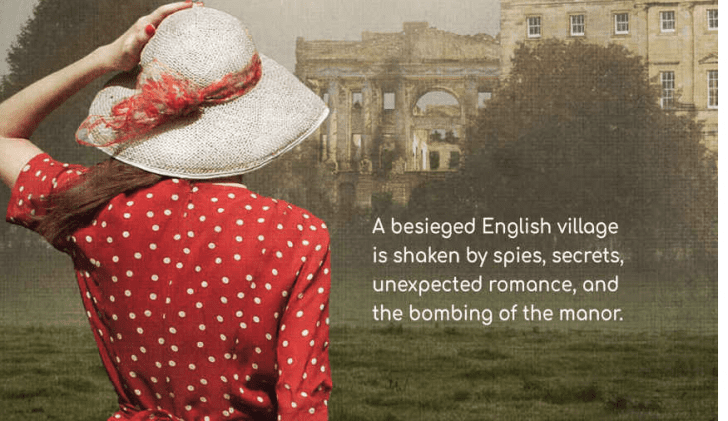 History has shown that not every battle during times of war is fought by soldiers on battlefields. War has a terrible impact on those who wait at home and those whose lives and homes are over run by conflict, financial disaster, deceit, loss of trust, and missing loved ones. Three new novels, Sweet Mercy by Donald S. Smurthwaite, Fields of Glory by Anna Jones Buttimore, and My Dearest Enemy by Jennifer Moore highlight the peripheral damage to innocents left by three different great wars.

Few people are left who remember the Great Depression and lived through World War II. Sweet Mercy by Donald S. Smurthwaite takes us back to 1925 and the birth of a little girl. Shocked to have given birth to a girl after four boys, the mother declares “Sweet Mercy!” and the name sticks. Living on a few acres on the south side of the Snake River Canyon in Southern Idaho, the father struggles to support his family on the harsh land by hiring out to a neighboring farmer. Life is hard, but the few families living on the land support each other and share both the difficulties and the little they have.

Time goes by and today Mercy is an old woman in a senior care facility. Her memories are sketchy, but she remembers the important things; the teacher who shared her love of poetry, the love of her family, the special relationship she had with her father, the neighbors who banded together to save another neighbor from financial ruin, getting lost in the fog, the twin neighbors who were always cheerful, and the old man who lived in a sod burrow in a hill.

The characters in this story are based on real people and will touch the hearts of readers. A portion of this novel was published earlier as a Christmas story under the title Sweet Merciful Christmas. The setting for the most part is realistic. Having family myself in that Buhl, Filer, Twin Falls area, I find the mountains are much farther away than the story indicates, but the rest of the references to the land and topography are accurate. The background of the Depression and War, the tiny two room school, the abject poverty of farm families, inadequate medical care, the clash with the banking industry, and the families who gave up and quietly slipped away in the night brings a poignancy to the story. Many of the hardships faced by farm families in the 20s, 30s, and 40s continued for farm families such as my own family throughout my own childhood. Some readers may be uncomfortable with the jumping back and forth of time periods, but the device does serve to invite readers to review their own past and carries the hardships of their great and grandparents into the hearts of today’s younger generation.

Donald S. Smurthwaite was born in Portland, Oregon, though he now lives in Idaho. He has published almost a dozen books as well as a number of short stories. He is married and the father of four children.

Prior to the Americans entering the war, in the small English village of Thundersley a boy knocks on the door of a farm house looking for work. Though Jim is inexperienced and knows almost nothing of farm labor, he is hired. He shares very little of his background, but he works hard, is willing to learn, and slowly develops a strong friendship with Eleanor, one of the farmer’s teenage daughters. Eleanor wonders why he isn’t in the military. Why, too, is he so determined to become a farmer, he turns the roadside verge into his own farm?

Eleanor’s older sister, Patricia, has been close friends with Alex Farrell, the aristocratic son of the local manor owner, since they were small children. When an explosion rips away a wing of the manor house, she is frustrated and doesn’t understand why he refuses to answer her questions and help her discover who is responsible. Her mother has been arrested for collaborating with the enemy and both girls are determined to prove her innocent. Surely their kind, generous mother was only providing food for a man of German descent who has been refused service by the local merchants.

Then there’s the drunken woman who shares too much information with a stranger at a town dance, a local merchant who finds himself in possession of a German made watch, and a regiment of black American soldiers stationed just outside the village. Buttimore does an excellent job of detailing the lives and prejudices of a small English village disrupted by the fears and tragedies of World War II. Her characters reveal a mixture of old world customs and mannerisms mixed with the realities of the early forties. The sisters are likable, strong, sometimes a bit naive, and well-suited to their time period. The setting reveals the author’s familiarity with rural England. It enhances rather interrupts the story. The author has taken care to avoid terminology confusing to American readers without diminishing the strongly British flavor of the story or the delightful beauty of her style. The novel unfolds in a satisfactory manner that captures the reader’s attention, but the ending is a little too abrupt and leaves the reader feeling like the story just stops rather than ending.

Anna Jones Buttimore was born and raised in England, spent 17 years living in Wales, and is now back in the English village where she grew up. She is married and the mother of three daughters. She is the author of ten books.

MY DEAREST ENEMY by Jennifer Moore

Abigail Tidwell is alone and angry during the harsh Canadian winter of 1812. She blames the Americans for the war that has taken both her father and her brother away, leaving her to milk, chop wood, and spend her days alone. One cold morning she finds an unconscious, badly wounded man in the barn when she goes to milk the cow. He’s obviously an American military officer. Having been trained by her father who is a doctor, she grudgingly tends to his wounds though she plans to turn him in. She is surprised again by a couple of other soldiers who insist she accompany them and their recuperating captain, Emmett Prescott, to care for another member of their small unit who was also wounded by the Indians fighting for the British.

Weeks later the small group of soldiers, including the two severely wounded men, are attempting to make their way back to their own lines with Abigail. They are captured and become prisoners on the same base where her father is serving as the camp doctor. She works alongside of him until most of the prisoners are transferred to a larger base. Abigail learns an officer with a grudge against Emmett has made plans for some kind of attack against the wounded prisoners left behind at the smaller base. She warns Emmett to see that every wounded man who can possibly stand leaves with the other prisoners.

Emmett will do anything to protect his men and Abigail. She is torn between her growing feelings for Emmett and loyalty to her country. She is deeply committed to saving lives and when her actions bring her in conflict with a spiteful man she is accused of treason.

Emmett and Abigail are both strong, take charge characters portrayed well by the author. Readers will enjoy them as individuals and as they interact with others. Those with feminist leanings will be frustrated, along with Abigail, when her abilities are not taken seriously, though it is well known that a woman’s medical skills during that time period were thought to only extend to midwifery. Other characters are also well crafted and leave an indelible mark on the reader and we see weak, selfish men on both sides of the conflict as well as kind, caring individuals. The background and setting for the story are well-researched and there is a different angle to the picture we usually see of the War of 1812 than the usual as it is seen from the Canadian side of the battlefield. Scenes set in snowy, rough terrain and those inside prison add a dimension of reality to the story. The story’s greatest short coming is the rushed, abbreviated ending.

Jennifer Moore has a BA in linguistics from the University of Utah. Her previous novels are Regency Romances. She and her husband are raising their four sons in Northern Utah.

MY DEAREST ENEMY by Jennifer Moore, Published by Covenant Communications, 190 pages, soft cover $15.99. Also available on audio and for eReaders.