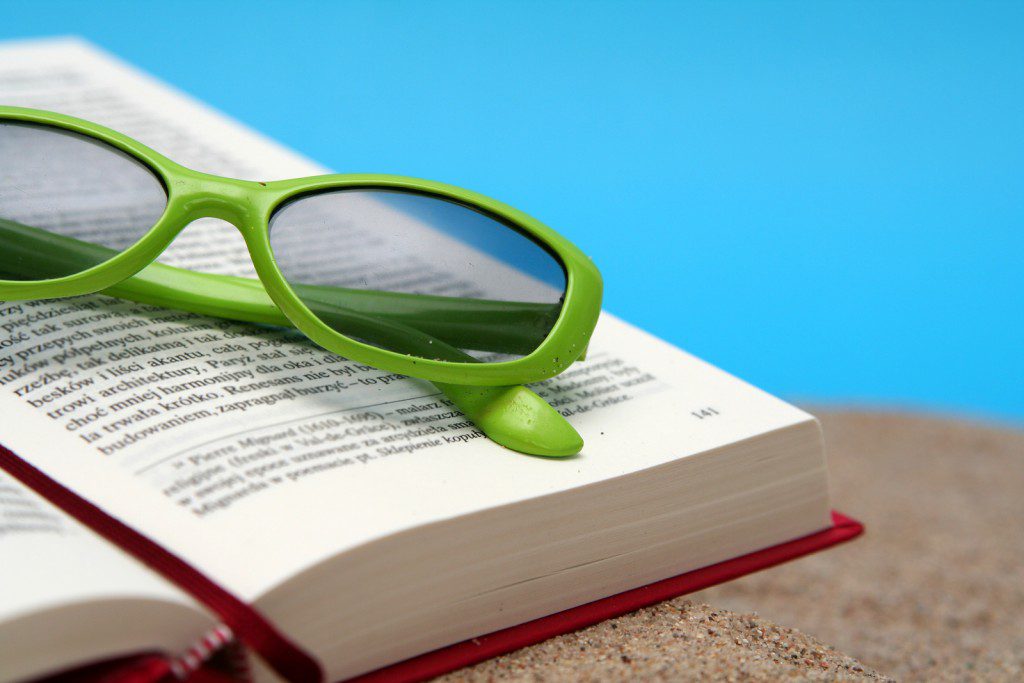 Between the hot summer and the discouraging political season, readers may be in need of a little fantasy and comedy. Two novels slightly on the absurd side, but light and fun are Summerhouse by H. Linn Murphy and The Invisible Saint by Curtis Taylor.

Readers who read just for fun and aren’t too picky about realism will enjoy Summerhouse by H. Linn Murphy. A little bit time travel, a nod to parallelism, and a muddle of social and cultural customs of two time periods create a love story that straddles the Regency period and today’s ultra modern young British singles scene.

Jack Harris, curator of the Pennington Estate for England’s National Trust, unexpectedly meets a nightgown clad young woman in the summerhouse of the estate one night when he is working late. To his shock, she claims to be Charlotte Pennington, the heir to the estate who disappeared without explanation two hundred year earlier. Gradually the pair realize they really are in the bizarre situation of meeting and falling in love while living lives separated by 200 years. They can see and talk to each other, even feel vague sensations when they attempt to touch, but they don’t quite enter each other’s time period. Though Jack worries about the possibility of changing history, he can’t get Charlotte out of his mind. Only a desperate situation with Charlotte’s life on the line tempts him to find a way to cross the time barrier.

American readers may find the many British slang terms unsettling and difficult to understand, if not more than a little silly. (There is a glossary in the back of the book.) The timing of some events at first seem out of sync until the reader remembers Charlotte wrote the entries in her diary 200 years ago and placed the diary in the summerhouse at that time, but Jack is only able to read them as though they were occurring during his parallel time sequence.

The story high lights a number of social and cultural changes. Charlotte’s time values modesty, only uneducated ruffians use slang terminology, marriages are contracted to ensure position and inheritances, even adult children obey their parents, illness and diseases are often treated by administering dangerous concoctions which make the illness worse and many illnesses are fatal. While in Jack’s time many maladies once considered terminal are almost unheard of, clothing is skimpy, everyone’s language is riddled with slang terms or worse, young adults, both male and female, are pretty independent, and couples marry for love or lust if they bother to marry at all.

The author has created interesting characters who stay quite consistently in their time periods. The use of contemporary slang terms may be a bit overdone, but doesn’t lapse into swearing or vulgarity. The plot arc works nicely, and though the ending is predictable, getting there is fun.

This is H. Linn Murphy’s second novel and sure to please those who enjoy mixing fantasy with romance. 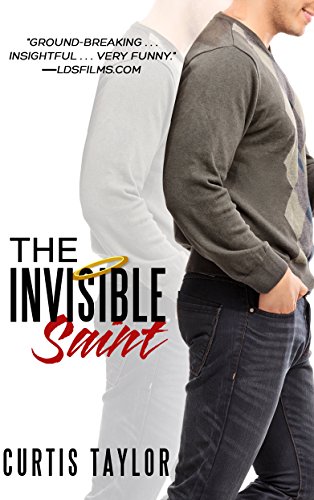 The Invisible Saint by Curtis Taylor

Tom Bigelow is ignored by almost everyone. The town bully beats him up when they are kids. He can’t get a date. He manages to say ridiculous things or pull absurd pranks even when he serves a mission for the Church. The day of his mother’s funeral an awful accident occurs when the pall-bearers lose their grip , allowing the over-sized casket holding his three- hundred pound mother to fall on top of one of the unfortunate men. Tom loses his job and when he applies for unemployment benefits discovers a clerical error listing  him as deceased instead of his mother which makes collecting unemployment benefits or receiving his mother’s life insurance impossible. He can’t even get another job as long as he’s officially dead. He just can’t win. Then the unthinkable happens–he becomes invisible.

Sure there are some advantages to being invisible. He saves money, of which he has almost none, by hitching rides as a silent passenger in neighbors’ cars, sees a few movies free, but draws the line at obtaining free groceries. In grocery stores, he collects what he can afford, then slips payment in the clerk’s till when he or she is busy with a customer. In the process of trying to survive as an invisible man and discover why such a thing happened to him, he does a lot of eaves dropping, and interfering in the problems of others, but it makes finding a girl friend or getting married pretty difficult. Only one person can “see” him and she happens to be blind.

The characters in this story are likable and some bear a strong resemblance to certain people in almost every ward. Tom is a guy who one minute seems a little too naive and a little unbalanced and the next has the reader thinking I’ve  had days like that or That’s probably the kind of dumb thing I would do. All in all the characters are fun if a little unusual. The plot wanders all over the place, but the author manages to tie up most of the loose ends. Beneath the silliness and humor, the author makes some serious points about wards that pull together being much like a family, personal integrity matters, and it’s never too late to repent and start over along with a few other others concerning kindness and consideration for others.

Curtis Taylor has written two other novels, a couple of non-fiction books, and a screen play. He and his wife live in Modesto, California.