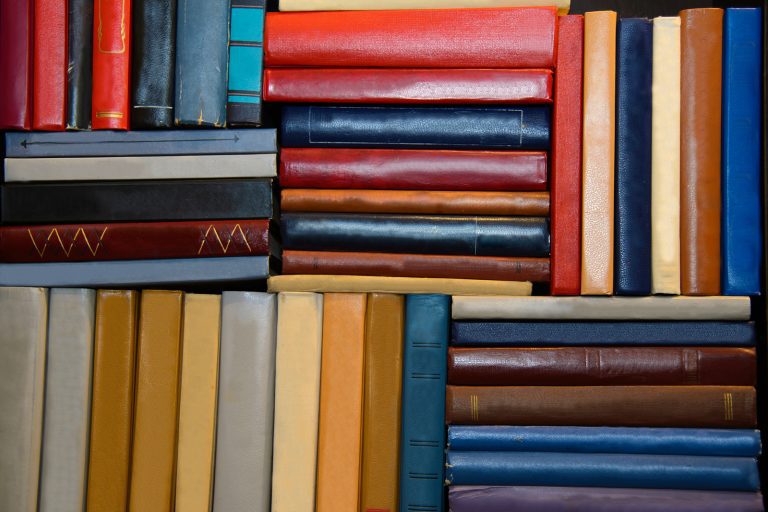 It’s always a delight when a truly exceptional novel stands out from the others. Two such books recently caught my attention. Both tell a compelling story, but their inner strength is the growth and change that takes place inside the characters. The Other Side of the Bridge by Camron Wright creates a modern story with a great deal of looking back at the past for guidance and understanding. The Reformation of Lady Elinor is set 500 years in the past and stirs a debate concerning religious worship for future believers and for eternity. Both are outstanding contributions to LDS fiction. I’ll admit I nominated both for the next round of Whitney awards.

THE OTHER SIDE OF THE BRIDGE by Camron Wright

Known for his outstanding, award winning novels, Letters for Emily, The Rent Collector, and The Orphan Keeper, Camron Wright introduces his newest novel The Other Side of the Bridge this month. Though this story didn’t touch me as deeply as The Rent Collector or The Orphan Keeper did, I found it a satisfying, thought provoking read and recommend it highly to those who enjoy quality literature. Novels are either action or character oriented, yet this one is both. There is a compelling action arc (How could there not be when the main character walks out of a major corporate meeting to ride a motorcycle nearly 3000 miles from New York to San Francisco?), but perhaps more importantly these are the stories of two people who struggle to overcome great devastation in their lives and the growth they achieve as they struggle to reach “the other side of the bridge.”

The bridge in this story, of course, has a double meaning. It’s an actual physical bridge, the Golden Gate Bridge in San Francisco, but it is also a metaphysical bridge that one must cross to face a great loss, come to terms with it, and go on or start over.

Kate Connelly was born and raised in San Francisco. She doesn’t remember her mother, who died young, but was extremely close to her father who spent his adult life working on the maintenance of the huge bridge and rescuing would-be jumpers. Kate works for a professor at the university. She enjoys her work, but is reluctant to take on greater challenges. Her father’s death, added to the hurt of discovering her fiancé in bed with another woman, shatters her self-confidence. When she is assigned to compile a report and presentation chronicling the construction and history of the bridge, she feels overwhelmed. The discovery of a journal belonging to one of the original construction workers among her father’s belongings starts her on a journey of both academic and personal discovery.

Dave Riley is a highly successful marketing executive in New York. A freak accident claims his wife and children, leaving him anchorless and struggling to go on. His whole life feels pointless until he discovers a birthday gift his wife purchased for him before her death, a leather motorcycle jacket. His grandfather had helped build the Golden Gate Bridge and it had been a joke between Dave and his wife that someday he’d hop on a motorcycle, journey across the country, and cross the bridge on the Fourth of July. Suddenly it becomes of paramount importance to him that he acquire an account with a local Harley Davidson franchise. He befriends a salesman who also teaches him to ride a bike. Then one day he walks out on an important meeting and begins his trek across the country without even being sure why he is doing it.

No, the story doesn’t end as the reader might expect, but it fits.

The character development is handled well in this story. Not only the major characters, but the supporting characters lend depth to the story and are realistic. The growth of the characters is gradual and opens vistas of understanding for the reader. The plot arc feels predictable, but isn’t, yet is satisfying. The background for the story is again double layered. The constant noise and busyness of New York, the quiet, almost desolate stretches across Colorado, and the fog and chill of San Francisco, muffling and distorting sound, are all real and enhance the story. The Golden Gate Bridge is one of the most famous and majestic bridges in the world. In the years since 1937 when the bridge was finished nearly 2000 people have jumped to their deaths from the bridge, yet it is also the setting and background for many, many love stories. It also is the almost mystical embodiment of the bridge that spans the chasm between life and death, separating now and forever.

Camron Wright was born and raised in Salt Lake City. He received a Master’s Degree from Westminster College in writing and public Relations. He received numerous prestigious awards for his first three books and The Other Side of the Bridge is sure to earn similar notice. He and his wife live in Utah and are the parents of four children.

THE OTHER SIDE OF THE BRIDGE by Camron Wright, Published by Shadow Mountain, 304 pages, hard cover $17.98. Also available for audio and eReaders.

THE REFORMATION OF LADY ELINOR by Darryl Harris

During the Protestant Reformation in England and Europe a great deal of contention and trouble was generated over the questions raised by Martin Luther and the translation of the Bible into English which was printed by William Tyndale. The Roman Church vied with the English crown over property rights, taxation, and the establishment of law. Since the Bible makes no mention of purgatory, Luther maintained it was an invention of the priests to con believers out of money in exchange for freeing loved ones from its confines. He had other disagreements as well concerning the church’s financial schemes and secret dealings. While the Church maintained only priests should have access to scripture, Luther believed everyone should be able to own, read, and study the Bible for himself. King Henry VIII saw himself as the ultimate authority of the land, while the church proclaimed its authority exceeded that of the king and its great wealth and property ownership created an ipso facto dual monarchy. In The Reformation of Lady Elinor by Darryl Harris, Lady Elinor Green Marbury and Garrett Bloxham represent the two major views of the period. Lady Elinor is a devout follower of the Church. Garrett is a disillusioned former priest who is firmly committed to individual determination and a personal relationship with God. He doubts priesthood authority has survived the years of political maneuvering, fraud, and ecclesiastical inventions that have taken place since the time of the apostles.

Lady Elinor is a young widow with a seven-year-old blind daughter. She and her daughter live with her powerful father-in-law. She is devout in her faith and believes her daughter’s blindness can be cured if she makes a pilgrimage to Rome to kiss the feet of the statues of Peter and Paul and there make large financial donations to the Church. Oswyn Pygott, a commissioner for the king and a confidant of the archbishop, is involved in several shady deals and determined to marry Elinor. He persuades her to act as a spy to find proof that Garrett Bloxham is involved in smuggling Tyndayle Bibles into England. She reluctantly agrees to the scheme, but spending time in Garrett’s presence gives rise to a problem she hadn’t anticipated. After a joust in which Oswyn nearly kills Garrett she runs away to persuade Garrett to aid her in her quest to reach Rome.

Garrett Bloxham became a successful merchant after he became disgusted with the falsehoods, politics, and obsession with gaining wealth he discovered during his time as a priest. In his travels he had befriended both Luther and Tynedale, read the English Bible, and was convinced the reformers were right. He has become adept at smuggling the Bibles into England and is well aware of the risk he runs of being burned at the stake. He is attracted to Lady Elinor and enjoys time spent with her. He tries in subtle ways to change her thinking. When she cajoles him into accompanying her to Rome, he hopes the experience will open her eyes. They arrive not long after the city has been sacked and nothing goes quite the way either had expected.

The Reformation period, early 1500s, is a time that doesn’t appear in fiction a great deal and when it does, the conflict between the church and crown are often glossed over. Harris does well in explaining the dispute between the two; the greed and corruption of church leaders, and King Henry VIII’s defiance of the church in his desperate need for a male heir that led to divorcing his first wife to marry Anne Boleyn. Key also is the threat the church feels with the prospect of Bibles in the hands of ordinary people who can read and interpret the scriptures for themselves instead of being dependant on the clergy telling them what they should or should not do.

Both Lady Elinor and Garrett Bloxham are portrayed well. Elinor’s education is limited and she has had little experience thinking for herself as was common for a time period when women were expected to simply obey fathers, husbands, kings, and the church. Yet she has more freedom than that experienced by women a few years later. Some readers may feel an urge to shake her as she slowly matures to the point where she begins to think for herself, yet is reluctant to let go of life-long beliefs. Garrett is a sympathetic character with whom readers will quickly identify.

The setting and background of this novel show careful attention to detail. The author has done an exceptional job of exploring and explaining the nature of the disputes and conflicts of the time period. History fans will enjoy this one. Readers who love learning the differing aspects and historical backgrounds of world religions will also find this story meaningful. Action and Romance readers as well will find much for their satisfaction.

Darryl Harris is the author of seven historical novels in addition to The Reformation of Lady Elinor. He grew up in Idaho, served an LDS mission to South Korea, and graduated from Brigham Young University. He owns Harris Publishing, Inc., which publishes a number of magazines. He and his wife are the parents of five children who have given them nineteen grandchildren.