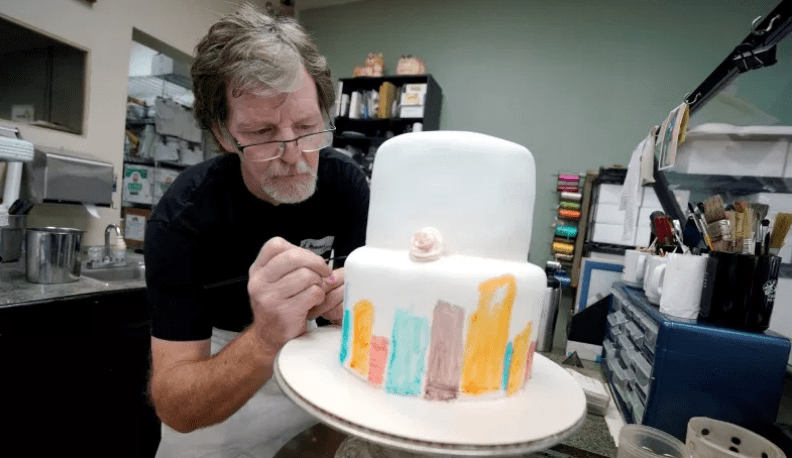 The LDS Church released a brief response Monday to the U.S. Supreme Court ruling that the state of Colorado failed to respect the religious rights of a baker who said his Christian faith prevented him for providing a cake for a same-sex wedding.

“The Church of Jesus Christ of Latter-day Saints welcomes today’s Supreme Court decision,” church spokesman Eric Hawkins said. “The nation’s laws can protect both religious liberty and the rights of LGBT citizens. That is the meaning of fairness for all.”

In January 2015, LDS leaders announced a “fairness for all” approach to balancing religious and lesbian, gay, bisexual and transgender rights. They said the church supports nondiscrimination legislation protecting gays against inequity in employment, housing and places of public accommodation like restaurants and hotels if ordinances and laws include language protecting religious liberty and specifying how to apply the First Amendment guarantees to the free exercise of religion in each case.

Last fall, the LDS Church filed a joint friend-of-the-court brief with seven other churches or organizations in the case of Masterpiece Cakeshop v. Colorado Civil Rights Commission. The brief argued that the Supreme Court, after protecting the right of same-sex couples to marry in 2015, “must hold that religious dissenters from same-sex marriage have the same liberty to live consistently with their identity.”

The brief appealed for protection for conscientious objectors and same-sex couples.

To understand more of the background on this case, read the excerpt below.

Since the rise of the gay-marriage movement, it has become fashionable to decry dissenters as haters and bigots, to attempt to write them out of polite society in the same way that the larger American body politic has rightfully rejected the Klan. Politicians thunder against Christian bigots. Media organizations put the words “religious liberty” in scare quotes, as if the expression of deeply held religious beliefs is a mere pretext, used to conceal darker motivations. And ideologues in state agencies give full vent to their rage, mocking faithful Christians as if they stand in the shoes of slavers and murderers.

Today, the Supreme Court said, “enough.” Today, the Court breathed a bit of life back into religious-liberty jurisprudence. And the justice who did it is none other than Anthony Kennedy, the architect of the Obergefell opinion and the justice most responsible for the gay-rights revolution.

Here’s how he did it. Jack Phillips, owner of Masterpiece Cakeshop, raised two constitutional defenses to Colorado’s charge that he unlawfully discriminated against a gay couple when he refused to custom-design a cake for their same-sex wedding. He first argued that creating a custom cake constituted an act of protected expression under the First Amendment, and he could not be compelled to exercise that expression to support a same-sex wedding.

The Court essentially punted on the question, noting that it raised complex and difficult issues. To the extent that the dicta provides any guidance going forward, it seems that the greater the obviousexpressive content, the greater the constitutional protection. In other words, a cake that contains words or symbols might enjoy greater protection than a cake with no obvious expressive meaning. But that’s speculation. The case wasn’t decided on that basis.