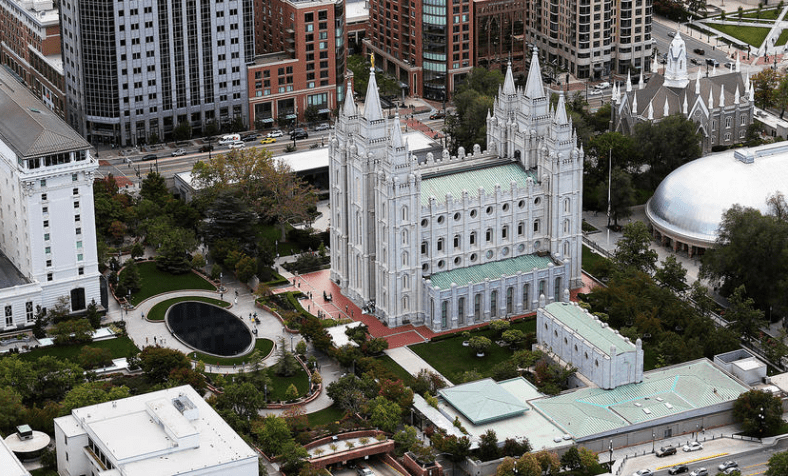 The LDS Church and a former George W. Bush Cabinet member responded Sunday afternoon to the unauthorized leak of 15 videos of briefings provided to the church’s Quorum of the Twelve Apostles.

“Most of these videos appear to be from briefings received by senior church leaders between 2007 and 2012,” said Eric Hawkins, spokesman for The Church of Jesus Christ of Latter-day Saints. “In these committee meetings, presentations are routinely received from various religious, political and subject-matter experts on a variety of topics.

“The purpose,” he added, “is to understand issues that may face the church and is in pursuit of the obligation church leaders feel to be informed on and have open discussion about current issues. This is an informational forum, not a decision-making body.”

The videos were posted on YouTube by an anonymous source Sunday, the final day of the church’s 186th Semiannual General Conference. Hawkins said the church did not know how they became public. Brief summaries of each video are available here.

The videos cover more than seven-and-a-half hours and provide a snapshot of the breadth of political, social and financial issues addressed by church leaders in regular meetings as they manage an international faith that today numbers 15.6 million members in more than 165 countries.

Former U.S. Secretary of Health and Human Services Michael Leavitt said he made presentations to the group as a private citizen on three occasions about different topics — the healthcare debate, religious freedom and tax policy. His presentation on religious liberty, which he said was “highly dated,” was one of those leaked in the videos posted Sunday.

“Nothing that was spoken of there is uncomfortable at all for me,” Leavitt said, “but it’s always unfortunate when people take it upon themselves to get information surreptitiously and leak it for their own purposes.”

Not sure why this is being considered big news. So what? To manage a global church we must stay abreast of pertinent issues. Smart move in leadership, nothing secretive about that! Religious freedom is under attack everywhere and information is key to solving problems that might arise. Do wonder what the person(s) expected to gain from this however.

From the reports I've heard, it sounded like there was going to be something in these videos that would question the way the General Authorities administer the church. All this tells me is the General Authorities are smart men who take their responsibilities very seriously and keep abreast of the goings on in the world. It only makes me proud to be a member of the church.