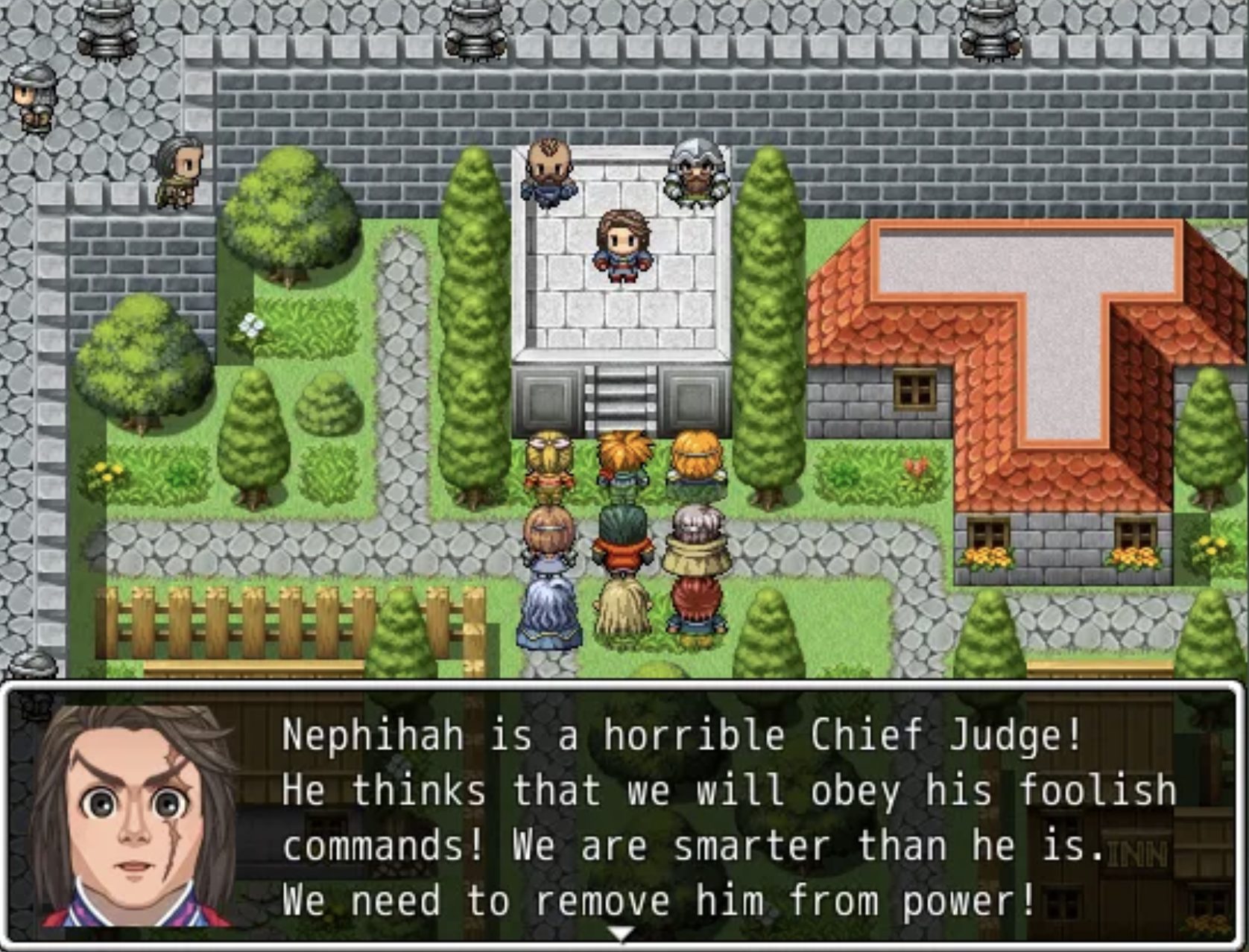 Do your kids want to play more video games? Do you want your kids to spend more time in the scriptures? Here’s a win-win solution!

Both of these games are based on RPG-style games made in the 1990s. They are designed for kids between the ages of 9-14, but anybody who likes this genre of game will enjoy them.

Levi was selling the games on Amazon, but as he heads out on his mission, he’s making them available for free.

Download Book of Mormon Heroes: The Servant of Teancum

Download Book of Mormon Heroes: The Servant of Helaman