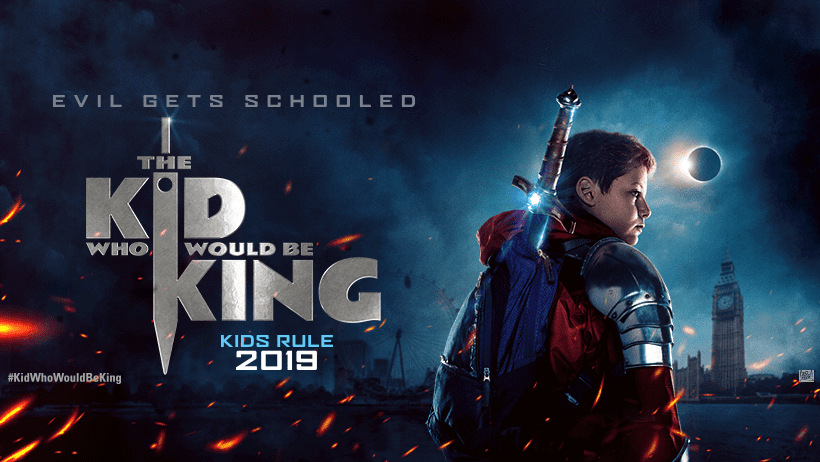 Latter-day Saint Reviews: Miss Bala Misfires, Kid Who Would Be King is Fantastic

This is a PG-13 remake of a 2011 Mexican film also called Miss Bala. “Bala” means “bullet” in English. The award-winning Gina Rodriguez from Jane the Virgin stars as a Hispanic American citizen who crosses the border into Tijuana, Mexico to help her childhood friend win a beauty pageant. They both get kidnapped and caught up in a drug ring. She uses her wits and a few bullets to get out of the dangerous mess. The trailer is a bit misleading, however. She is really good in this movie, although the script doesn’t allow her to really show off her talents.

The biggest surprise is that you see an aerial view of the LDS temple that was recently built in Tijuana at the end of the movie! It’s really beautiful and a bright star in the Tijuana landscape.

IS IT ANY GOOD? C

There are a few deliciously tense moments, but just as many missed opportunities. It ends with the promise of a sequel, which would be fine as long as Gina Rodriguez is in it and it’s written better than this film. Some of the dialogue was super frustrating. They missed a LOT of details and the tone shifted a lot. There was a bad use of lighting and some of the camera angles were odd choices. It’s actually a bit slow-moving and boring in parts.

There are many forgetful characters. Anthony Mackie is good in anything he does, although he plays a very small role in this film. Ismael Cruz Cordova has really cool green eyes, but his character was very unrealistic. That’s one of the problems; the drug lords are mean, but more like cartoon characters in some of their dumb choices. Their symbol is the letter “e” representing “Estrella”, which means “star” in English. A shining star doesn’t exactly strike fear in the hearts of people, right? That’s probably a good thing for a PG-13 movie that kids might watch, but many critics are complaining the movie should have hit harder.

The movie definitely shows the seedy underbelly of Tijuana. Do you think it will ignite more conversations about a border wall? Nope, I don’t think so either.

A LOT of Spanish with no subtitles. You see a girl in her underwear. Other girls wear skimpy clothing. Gangs. Alcohol and drugs. Lots of gun violence, but very little blood. A surprisingly low amount of profanity considering there are dangerous drug lords and corrupt police. Some critics say that, because of the subject matter, this movie should have been rated R. That’s probably true, but I’m always happy to have more PG-13 options out there. Talk of rape and prostitution. Kidnapping.

Who would you become to save your family? Female empowerment. Friendship. Use your wits. While we don’t want to focus on all of the horrible things that can happen to us in on a daily basis, the Church counsels us to be prepared. Emergency preparedness principles teach us to be prepared physically, spiritual, financially, and emotionally. It includes knowledge of food and water storage, camping supplies and skills, First Aid and medical training, emergency communication like Ham and GMRS radio, clothing repair, personal security, sanitation control, and even firearms safety. Are you prepared?

WHAT’S THE KID WHO WOULD BE KING ABOUT?

Writer/director Joe Cornish presents a delightful family-friendly adventure that puts a modern spin on the legend of King Arthur and the Sword in the Stone.  The story takes place among British middle school kids where evil gets schooled and kids rule.

Yes!  It’s both charming and cheesy and will remind you of the fun and magic of movies you watched when you were a kid.  There are some really good special effects and great cinematography with attention to delicious details.

There is a little bit of a Lord of the Rings feel to this movie, and the characters in The Kid Who Would Be King even refer to themselves as having an adventurous battle for good like Frodo and Sam.  The scriptures are filled with inspiring stories of men and women who are surrounded by evil, yet never give up trying to shine the light in the dark.

Young English actor Louis Ashbourne Serkis plays such a likable character and is a great little actor!  Classically trained British actor Patrick Stewart is also in the movie as Merlin, which is especially appropriate because he starred in the movie Excaliburmany years ago.  Rebecca Ferguson blew everyone away by her beauty and grace in last year’s film The Greatest Showman, as well as in Mission: Impossible – Fallout. In fact, she filmed scenes for her role in Mission: Impossible – Fallout during the week and then spent the weekends working on this movie where she plays an elegant, evil villain. Her fans might be a little disappointed that we don’t see much of her in this film.

You get to see the lovely British countryside in the movie and Stonehenge is featured a few times. The exploding owl gag throughout the film was funny every time and there are lots of entertaining pop references to comic book heroes and movies.

Movie Review Mom:  Trina Boice teaches for BYU-I and is an author of 25 books.  You can read more of her reviews at www.MovieReviewMom.com  Because she is a popular speaker in China and loves to travel around the world, she created www.EmptyNestTravelHacker.com  You can see all of her books and win prizes at www.TrinasBooks.com  You can also find @TrinaBoice on Facebook, Instagram, Pinterest, and Twitter. 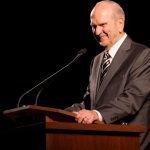 A Prophet, Preparation, and a Pandemic

Come Follow Me for Individuals and Families: “The Lord Labors with Us”, Jacob 5-7 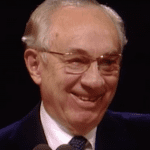 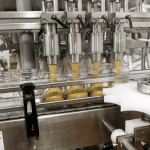 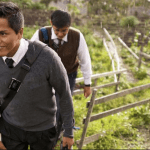