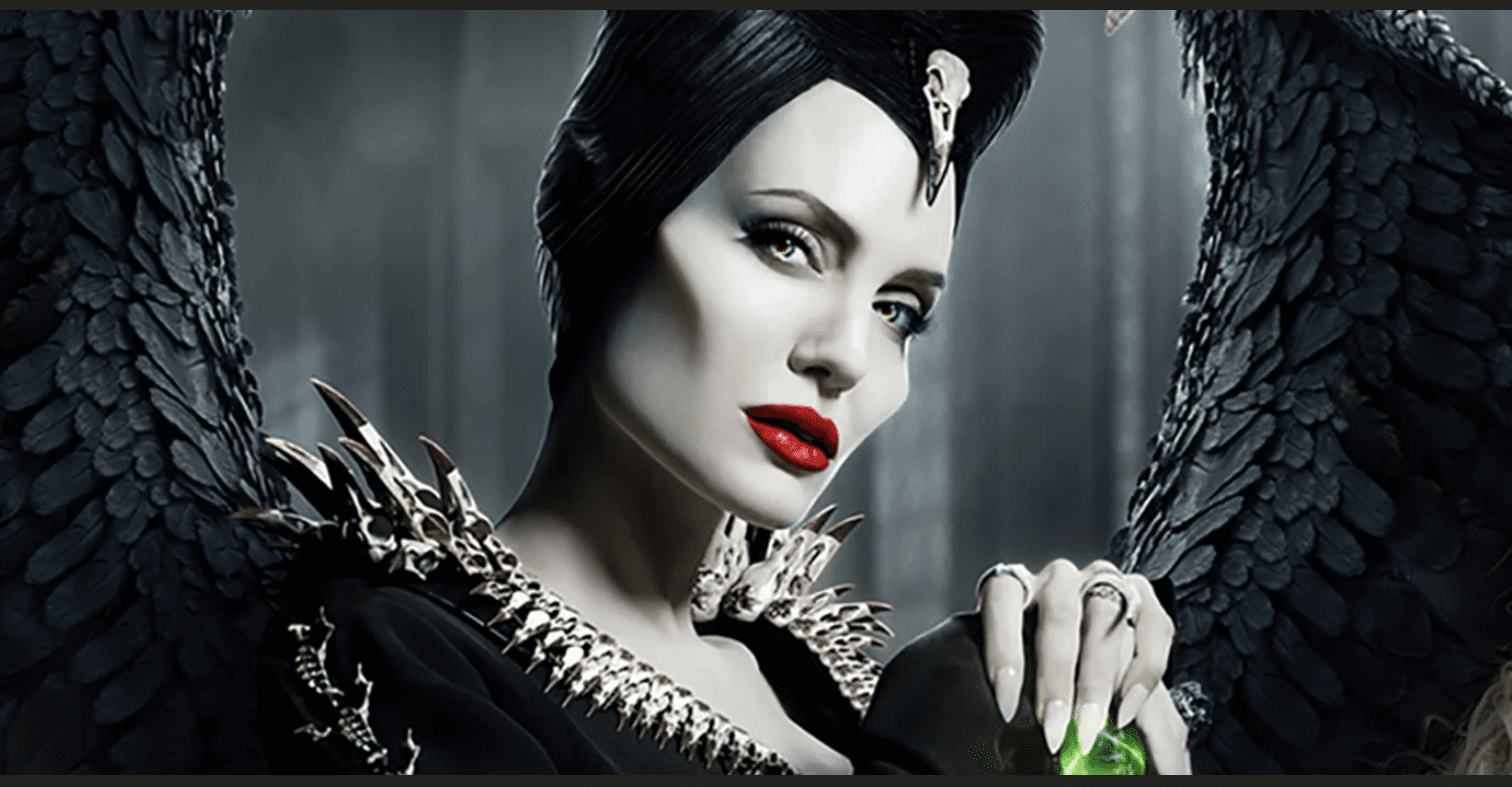 Once upon a time…or twice upon a time in this case….MALEFICENT brings back the magic and fantasy that Disney built its foundation upon. The visual effects and fantastical creatures are outstanding, and this film is absolutely gorgeous to look at.   There is something here for almost everyone:  magical worlds, beautiful landscapes, creative creatures, impressive set designs, exciting battle scenes, regal costumes, romance with a Romeo and Juliet vibe, comedy, good vs. evil.

If you haven’t seen the first movie in the franchise, you should definitely check it out!  A lot of people are saying this one is even better than the first MALEFICENT  I tend to agree.   To help explain what this movie franchise is about, think about it this way: Maleficent is to Sleeping Beauty what Wicked is to The Wizard of Oz.

Angelina Jolie does a great job being loving and cold at the same time.  She’s really great in this role and offers an elegance to this famous Disney villain. Her piercing, emerald eyes are so mesmerizing.  Her sharp cheek bones really bothered me in the first movie, but I think I’ve gotten used to them now.  They suit her and this character.  She won an Academy Award, and four other cast members were also nominated for Oscars: Chiwetel Ejiofor, Michelle Pfeiffer, Imelda Staunton, Lesley Manville. The movie’s central characters are strong women who rule.

The movie is filled with fun, adorable, and creative creatures and cute sound effects.  You’ll become immersed in the colorful kingdoms like you did when you watched the breathtaking movie AVATAR.  The glow-in-the-dark magical things in the very beginning of the film immediately let you know this movie is going to be creative and whimsical with delicious details.  It also has some similar elements to the beautiful movie Cinderella (2015) (Theatrical)

Michelle Pfeiffer is always fun to watch.  Her character’s backstory was mentioned in only a couple of lines in an attempt to explain her motivation but, unfortunately, it seemed rather shallow.  As in the first movie, motivation seems to be a part of the storytelling that struggles.

This is the first time that director Joachim Ronning has worked on a film without his co-director Espen Sandberg.  Both of the Maleficent movies “match”.  In other words, they feel like they belong and come from the same universe in tone and style.  Luckily, the trailers don’t give too much of the story away.

While entertaining, the movie has quite a few flaws, mostly related to the holes in the storytelling.  Some things simply don’t make sense and will annoy you, so just don’t let them ruin the fun. There’s really no explanation for a transformation that occurs in the end. Um…magic, I guess.

Some of the scenes are at night and will appear very dark on small screens when the movie comes out on streaming later on.  It’s very predictable and formulaic.  Considering the title of the movie, Angelina Jolie doesn’t have very many lines and doesn’t have very much screen time.  Considering the title of the movie, MALEFICENT (Mistress of Evil), she isn’t very evil.

What’s up with that creepy henchwoman who does the queen’s bidding?  Her name is Gerda, played by Jenn Murray.  You’ll notice that Prince Phillip isn’t Brenton Thwaites from the last MALEFICENT movie.  Harris Dickinson steps in to take his place.

Some say the movie should have been PG-13 considering the high body count.  There is a lot of violence, but you don’t see any blood or gore.  You might have to explain what a traditional christening is to your child after a certain comment is made at the end of the movie.  Some kids may become confused by the twists on fairy tale legends.  No profanity.  Yay!

I was a little disappointed in this movie. It wasn't very solid. The first one was better.

What a Woman Wants in Her Future Husband

Celebrate America with Knowledge in Books