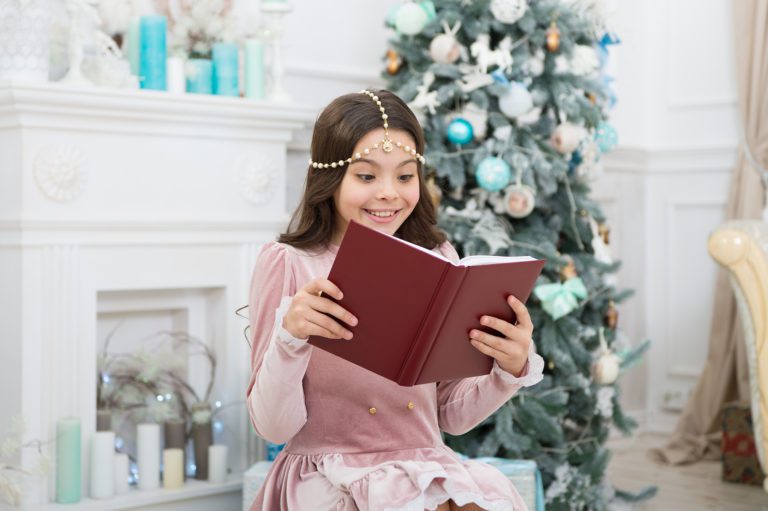 Christmas is often a jumble of reality and fantasy. Two very different novels that would make great Christmas gifts for the readers on your list present this same contrast between what is real, what is not, and the importance of hope. Finding Hope by Shannon Symonds is a reminder of the hardships the homeless and the abused face while trying to keep hope alive. Julie Wright creates a fractured fairy tale with her Glass Slippers, Ever After, and Me. Wright’s tale also shows hope is essential to the continued search for reality and truth.

Finding Hope by Shannon Symonds is one of those books that brings a painful slice of today’s reality a little too close for comfort and keeps the reader turning pages at a fast and furious pace. Two subjects, homelessness and abuse, are major factors in a story that also includes generosity, kindness, and love.

Hope Flanagan is a teenage girl whose alcoholic mother has dragged her from one place to another, one live-in boyfriend after another, until one day she just doesn’t come home. Hope fears her mother’s abusive boyfriend expects more from her than she’s willing to give and devises a plan to escape the man’s trailer house where she’s practically a prisoner. On her own with nothing but her guitar she sleeps in alleys and tries to avoid drawing attention to herself or falling under the care of social services. She also must avoid the other homeless kids, particularly their ringleader since too many of her followers go missing. She lucks into assisting the manager of a new coffee shop.

Grace James has a difficult job assisting the police in helping abuse survivors. She knows a lot about abuse as an abuse survivor herself. When she learns her revengeful ex-husband has been released from prison she fears for herself, her daughters, and her mother. Her fears multiply when her mother brings home a homeless stray from the coffee shop where she works. Her only hope is Officer Joe Hart who takes a particular interest in her plight.

This story is set along the Oregon coast, but could be any city. The author does a good job of creating a background that is mostly big city, but with touches of rural naturalness. The weather plays a role as it always does in the lives of the homeless and is realistic for the Oregon coastline. The main characters are realistic and likable and the secondary characters are distinct individuals. The plot arc leads steadily toward a climax that is both frightening and straight out of today’s news headlines. The major theme of the book, finding hope, is

handled well with no fantastic miracles, but rather steady perseverance toward a better life, safety, and caring relationships.

Shannon Symonds works as an Outreach Manager for a national non-profit organization. She spent fifteen years as an Advocate for survivors of sexual or physical violence. She has received several awards related to her work. She lives in Oregon and is part of a large, loving family. This is her second Grace James novel.

GLASS SLIPPERS, EVER AFTER, AND ME by Julie Wright

Fractured fairy tales have never been my thing, but Julie Wright puts an interesting twist on Cinderella in her latest book, Glass Slippers, Ever After, and Me.” Charlotte Kingsley (Cinderella) is an aspiring writer who only has rejection letters to show for her efforts. Finally in a fit of hurt and despair following her latest rejection, she writes a self help non-fiction rant in three weeks. It is not only accepted by the agent of her dreams, but the literary agency flies her to New York for a fabulous week of contract signing with the agency, a PR agency, and an introduction to a glamorous new world (the ball). Her best friend, the guy who lives in the apartment under hers, is quickly identified as Prince Charming while the PR agent and her boss at her day job are the mean step-sisters. To a lesser degree the apartment building manager also plays an ugly step-sister role. Of course there has to be a fairy godmother. A seasoned writer she has long admired gets to claim that role. There’s even a wicked step-mother who is actually her own success-oriented, bossy mother.

So what happens after the ball? That’s the important part. Our Cinderella has to learn what is real and what is fairytale. Is the persona the PR people push her into her real world with its name brand furnishings, fashion originals, and glamorous photos and posts on social media? Or is her real world made up of being there for her prince, including him in her world and online, a comfortable sofa, and giving his needs equal billing with her own.

I had difficulty identifying with the characters in this story. Charlotte (Letty) seems a bit wishy-washy. Anders (Prince Charming) is unrealistically patient with the sleights and being pushed aside he receives from Letty. Kat (Letty’s younger step-sister) is the most realistic character. Ironically, though most of the characters don’t have a strong appeal for me, they fit their roles well, are consistent, and suit the story. I predict they will be liked a great deal by many readers.

The story, overall, is well written. The plot, though predictable, slowly intensifies, and there is a satisfying conclusion. I question writing a best seller in three weeks, then skipping having any beta readers. The strongest portions of the tale are the subtle messages concerning elements of modern society which distort the differences between fantasy and reality. It raises questions about social media and its role in damaging self-esteem and blurring human expectations, even obscuring the lines between truth and lies. Like the story within, this is a book that blurs two sometimes opposites, fantasy and reality. It will also appeal to two different age groups; adults and YA.

Julie Wright has written more than twenty novels, most of them Romances. She is the recipient of several awards, including a Whitney and a Crown Heart. She, her husband, and kids live in Utah.

GLASS SLIPPERS, EVER AFTER, AND ME by Julie Wright, Published by Shadow Mountain, 320 pages, Soft cover $15.99. Also available for eReaders and on Audio CD.