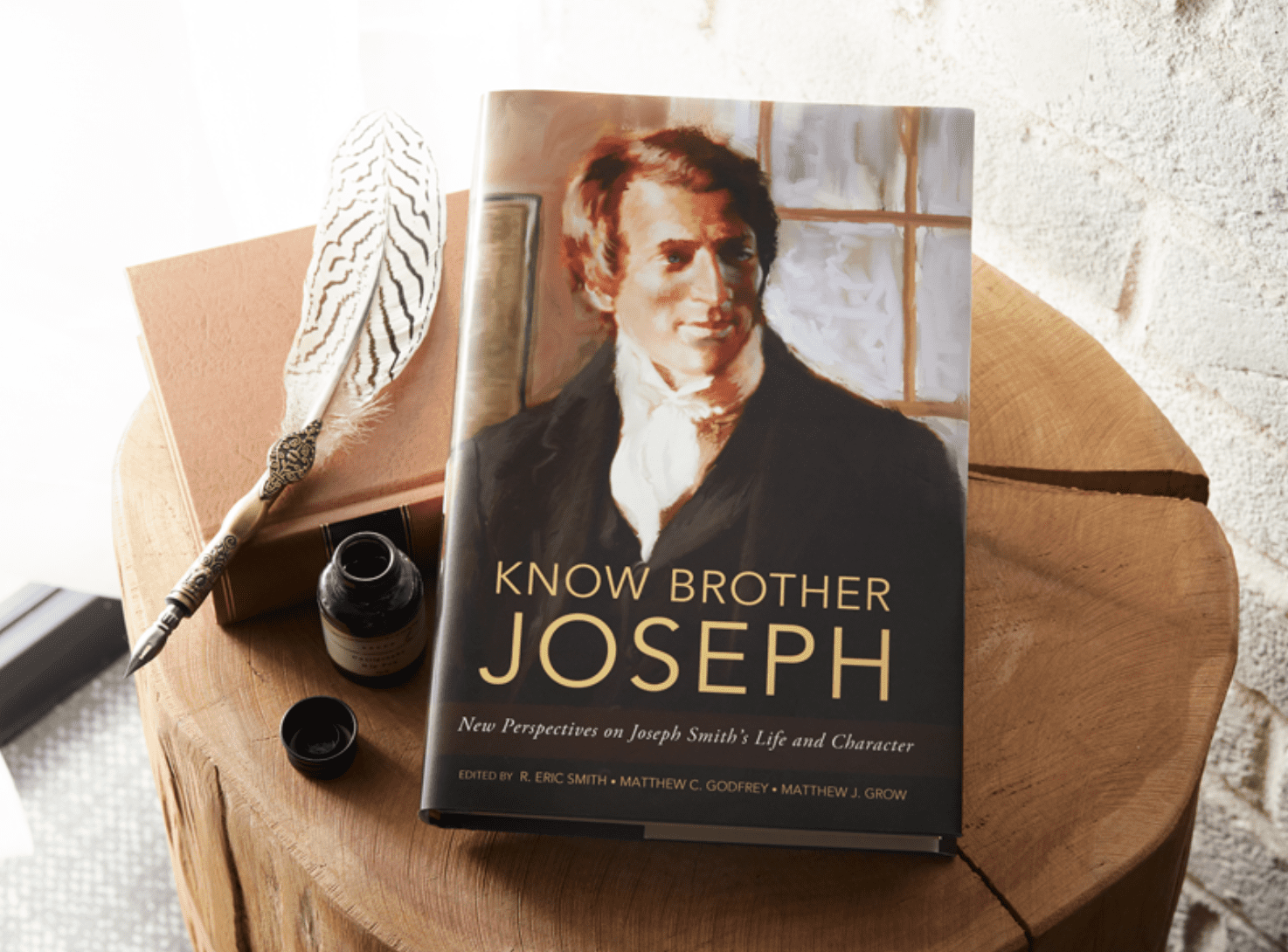 Joseph Smith’s King Follett discourse—given in the Church’s April 1844 conference in Nauvoo, Illinois—is remembered among Latter-day Saints for its teachings on the nature of God and humankind’s potential. But Joseph also made a statement in that discourse about himself. “I love all men especially these my brethren & sisters,” he declared. But even these beloved fellow Saints “never knew my heart.” The Prophet continued, “No man knows my hist[ory] . . . if I had not experienced what I have I should not have known it myself.”

In an effort to help Church members get to know Brother Joseph’s history—to see his heart, his motivations, and who he was as a person—R. Eric Smith, Matthew C. Godfrey, and Matthew J. Grow edited a book of essays from more than 40 historians and other scholars about Joseph Smith as a person. In this episode of Latter-day Saint Perspectives Podcast, Laura Harris Hales interviews Smith and Godfrey about Know Brother Joseph: New Perspectives on Joseph Smith’s Life and Character, available now from Deseret Book.

The contributors to the book were asked to write short essays sharing historical perspectives in a faith-promoting way, similar to how they might present information in a fireside. “We wanted to make available some of the research from the Joseph Smith Papers and other recent scholarly publications to a general Latter-day Saint audience,” Eric Smith explained. “Instead of having long scholarly articles that might be 30 or 40 pages long, we wanted short essays that were only about four pages in print.” That way, writers could “focus on just one topic or event from Joseph Smith’s life.”

“I thought it would be useful to have people who have really engaged with the Joseph Smith Papers talk about how that engagement has helped them come to know Joseph better,” Godfrey said. “What kinds of insights had their study given them about Joseph Smith?” As the preface to the book explains, the essays provide “something like a college course on Joseph and the early Church, with a different professor each day.”

The editors did not assign topics to the authors. Instead, they let the authors choose subjects that they were personally interested in. Because of this approach, Smith related, “you can feel the enthusiasm that people have for the specific topics that they chose.”

Subjects in the book span Joseph Smith’s lifetime. They include essays on the First Vision, on the Prophet’s friends and family, on Emma Smith, on adversity in Joseph Smith’s life, on how Joseph and the early Saints navigated a cholera epidemic, on a fight Joseph had with his brother William, and on Joseph Smith’s teachings about Jesus Christ, councils, religious pluralism, charity and kindness, and equality. Sensitive subjects are also addressed, including the Prophet’s evolving views on race, a disciplinary council considering a case of physical abuse, Joseph’s teaching about Heavenly Mother, and questions about how the doctrine of eternal sealing might apply within a blended family.

According to Smith and Godfrey, one benefit of this collection is that it shows that the life of Joseph Smith teaches us different lessons as we return to it at different points in our growth, both as a Church collectively and as individuals. Each new generation has different questions and concerns as they read history. Meanwhile, individuals might respond to Joseph’s teachings or events from his life in different ways depending on unique and changing life circumstances. Therefore, even when much has been published about Joseph Smith already, a new collection drawing on recent scholarship provides a new opportunity to come to know him a bit better.

“We really hope that this collection of essays will strengthen faith in the restored gospel and increase understanding and admiration for the founding prophet of the dispensation of the fulness of times,” Smith explained. Godfrey agreed. “The insights that come from the essays in this book are profound and can help individuals struggling with their testimony of Joseph Smith or just wanting to know more about the Prophet.”

Matthew C. Godfrey is a general editor and the managing historian of the Joseph Smith Papers. He holds a PhD in American and public history from Washington State University, and has published widely on Joseph Smith and in the field of Latter-day Saint history. R. Eric Smith is a general editor of the Joseph Smith Papers Project and the editorial manager of the Publications Division of the Church History Department, The Church of Jesus Christ of Latter-day Saints. He was formerly an editor for the Curriculum Department, and before that he practiced law in Salt Lake City. He received a BA in English from Brigham Young University and a JD from the University of Utah.

I am really excited to hear about this book. I was counselled in a blessing that I should study the life of the Prophet, Joseph Smith, and I especially enjoyed the one by Truman Madsen. I look forward to reading this new book with updated information from the Joseph Smith Papers. Thank you for the info!