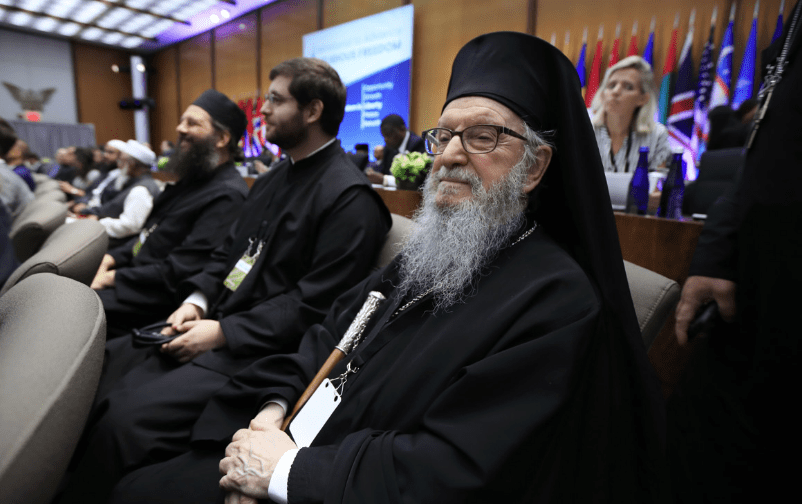 The State Department succeeded in bringing together a diverse group of government and religious leaders for three days this week in a first-of-its-kind religious freedom gathering. But that’s just the beginning of addressing religious persecution around the globe, participants said.

“There are tremendous threats to religious freedom coming in the future,” said Emilie Kao, who directs the Richard and Helen DeVos Center for Religion and Civil Society at The Heritage Foundation. “Solidarity is really important.”

The diverse guest list led to new connections that could save lives.

At an event like the ministerial, the guest list is more important than the schedule, participants said. Casual chats in the hallway or over lunch can lead to powerful future partnerships.

“I think the networking that happens at these events can build crucial unity,” Kao said.

“We wanted to include everyone of every faith or no faith at all,” Brownback said during his opening remarks, according to Religion News Service. “Religious freedom really, truly is for everyone.”

In the end, around 80 countries were represented at the event. And there were leaders from almost every religion you could think of, Grim said.

Not every attendee came from a group or country that’s known for religious freedom activism. Sam Smith, a staff reporter at The Christian Post, observed on Twitter that there were participants from Uzbekistan, Kazakhstan and Bahrain, countries which have been criticized by the State Department and U.S. Commission on International Religious Freedom for human rights violations.